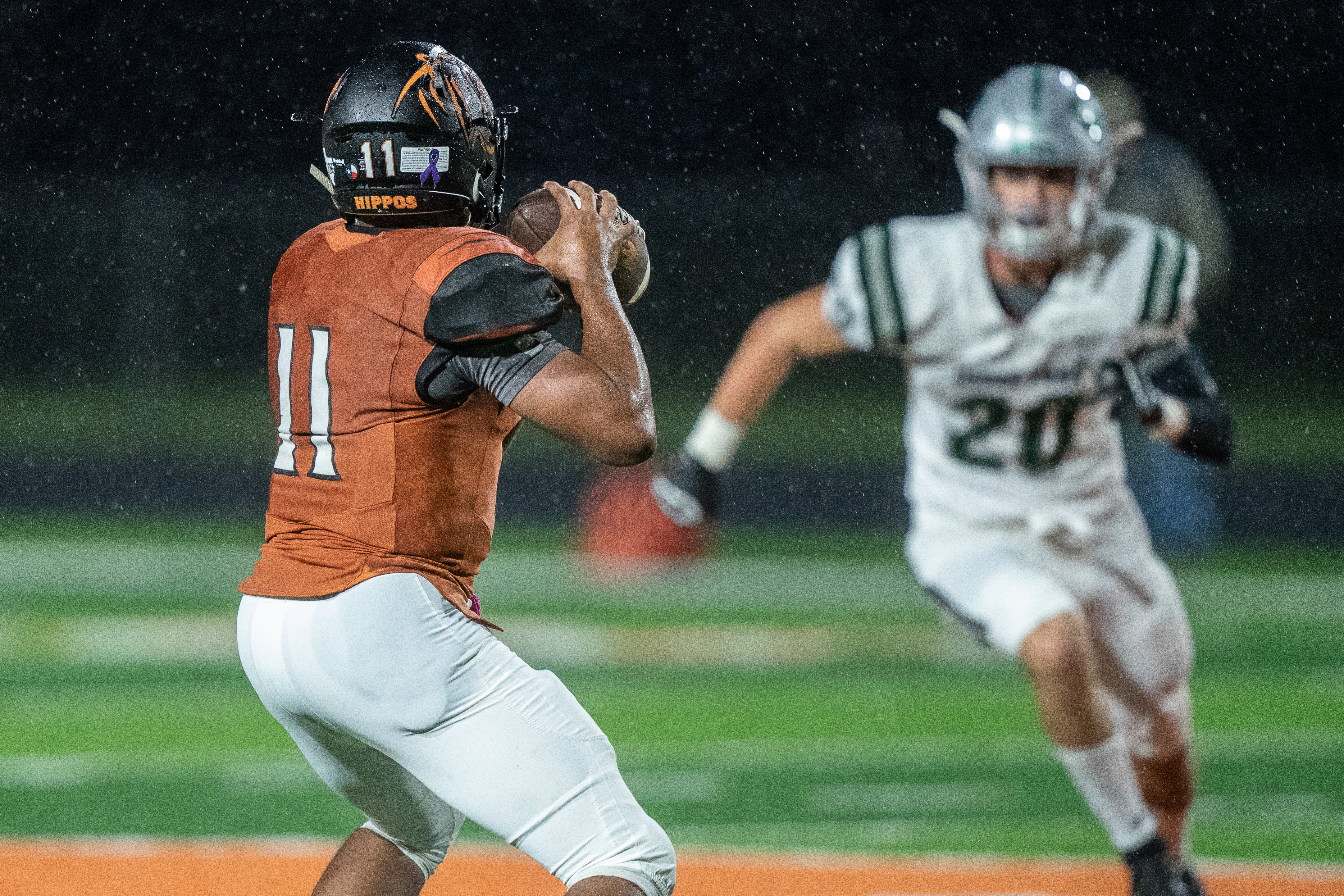 Cedar Park’s 28-game district winning streak came to a resounding end Friday as it became the latest victim of Hutto’s deadly offense in a 65-21 thrashing at Hippo Stadium in Hutto.

Hutto senior quarterback Chase Griffin threw for 480 yards with six touchdowns and no turnovers on 23-of-29 passing in a game that was basically over at halftime.

Small but dynamic senior running back Chux Nwabuko scored four touchdowns (two rushing, two receiving) and had 131 total yards (70 on the ground, 61 through the air) on 19 touches (14 runs, five receptions).

“For Coach Kirklan, our offensive coordinator, it’s just a matter of time. We can dink and dunk and then finally we can get a matchup that we like, and then we can go for the home run ball,” LaPlante said. “Who are you going to defend? If you’re man-to-man over here, you might be zone over there. Fortunately, we’re good enough that we’re going to find that matchup.”

As good as the skill guys played, LaPlante made sure it was known none of it would’ve happened without some stout play from the offensive line.

“It starts with all that protection. There were a lot of passes over 50 yards tonight. You don’t do that without time,” LaPlante said. “At times they did a good job of catching us on a protection where they sent too many to one side, but we didn’t miss a lot of blocks up front.”

After trading touchdowns on their opening possessions, the Hippos went on a  38-7 run to finish the first half that sent most of the Timberwolves fans scrambling to their cars to get out of the rain and avert their eyes from the carnage. 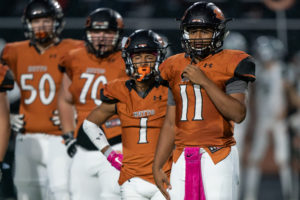 “I know the potential of this defense because I play against them every day,” Griffin said. “Going up against an offense, we’re sharp in practice, I feel betters them, and going up against a defense with a great front seven and defensive backs who have speed is a great test for us each week. So we get better. Iron sharpens iron, and it great walking out with that defense.”

It was a far cry from last year’s matchup, where Cedar Park sacked Griffin six times in a 35-25 win.

“We spent a whole another year working and that showed,” Griffin said. “We had confidence out training. As long as we rely on that each game and got out and execute a good gameplan, which we’ve been doing each week, we’ll come out victorious.”