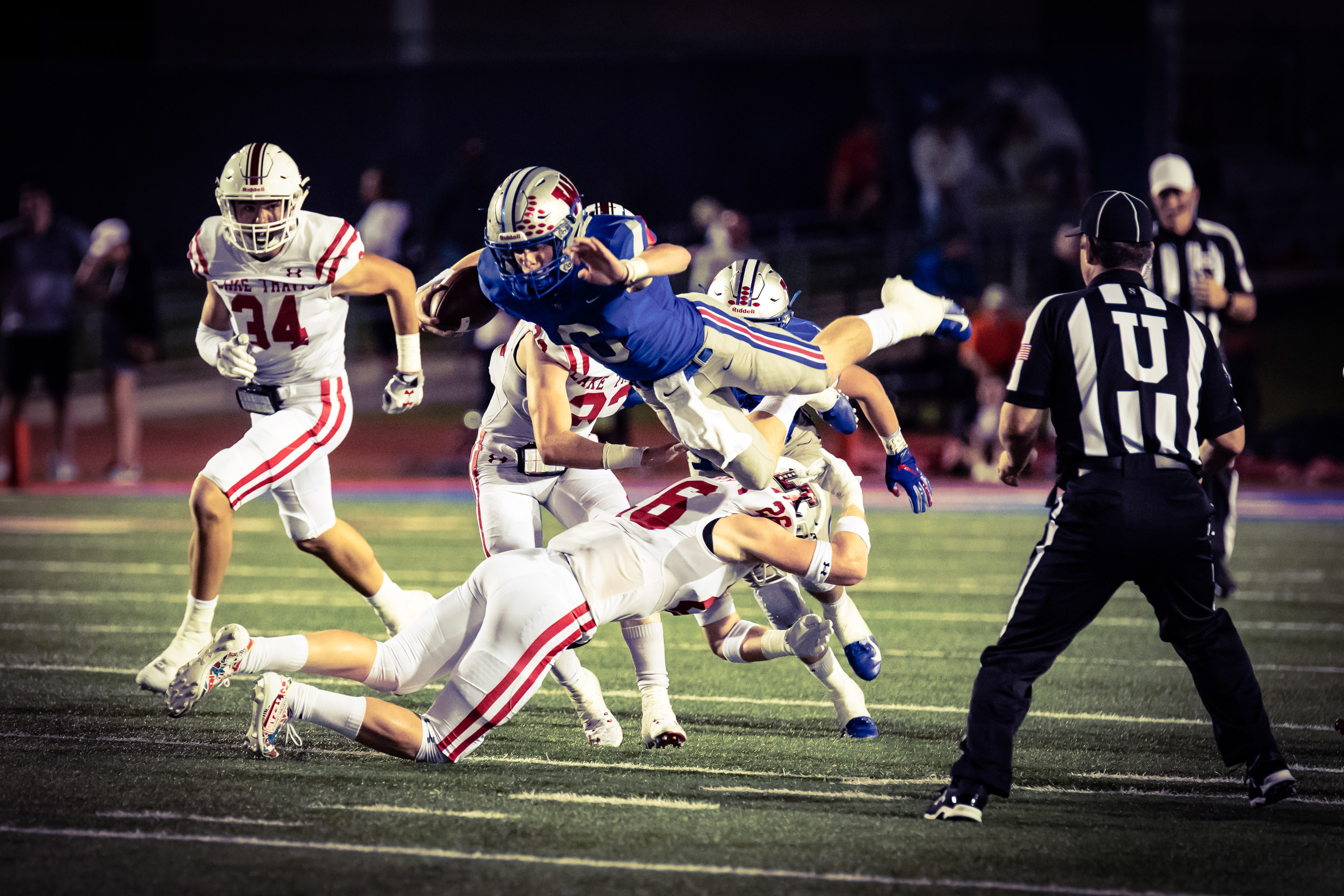 Not many thought Westlake would beat six-time state champion Lake Travis for the second straight year. Not even the most fervent Westlake supporter would’ve predicted it to happen in a route. But that’s exactly what went down as the Chaps’ superior defense shut down the Cavaliers’ potent offense in a 44-14 win Friday at Chaparral Stadium in Austin.

Lake Travis turned the ball over three times, failed on three fourth-down attempts, mustered only 227 yards on 51 plays for 4.45 yards per play and scored on just one of 10 legitimate drives as Westlake proved last year was no fluke.

“Defensively, there was a belief. This time last year, we won 21-14, held this bunch scoreless in the second half and we believed that we could hold them to that kind of score,” said Westlake coach Todd Dodge. “I’ve got a defensive coordinator (Tony Salazar) who I wouldn’t trade for anyone in the state of Texas. Him and our defensive staff are great teachers of the game of football (on the) defensive side of the ball, and we’ve got a lot of veterans back from last year… and they’re all playing like they’ve played a lot of high school football.”

Westlake controlled the clock and used a couple trick plays to build a 20-7 halftime lead. The Chaps converted a fake punt on the opening drive that led to a 31-yard touchdown pass from senior quarterback Taylor Anderson to senior wide receiver Penny Baker (five catches, 52 yards) on a run-pass option they just installed that week.

They found the end zone in the second quarter on a clever call where Anderson rolled right, threw it backwards to the opposite side of the field for senior wide receiver Rhett Kelley, who then winded up and tossed a 36-yard touchdown to senior wide receiver Jackson Coker (four catches 74 yards).

They also got a pair of field goals from senior kicker Gabe Lozano – one from 40 yards, the other from 38 at the halftime buzzer – and kept Lake Travis’s offense off the field by doubling them in time of possession and total plays.

Lake Travis still came out of halftime believing it could comeback and win, but those hopes took a serious hit when a miscommunication led to Lake Travis junior quarterback Hudson Card throwing to an area with no Cavalier receivers. Westlake senior safety Drew Webster, however, was in the area and turned it into a 61-yard interception return for touchdown that sent shockwaves throughout the stadium.

Card was intercepted again in the third quarter, this time by junior cornerback Leo Lowin, and Anderson dashed for a 64-yard touchdown three plays later to make it 34-7. Anderson added a 29-yard touchdown run in the final period to put the final nail in the coffin. While Card struggled most the night, the less heralded Anderson delighted his coaches with 321 total yards (158 passing, 163 rushing) and three total touchdowns.

“Taylor just continues to be the guy we’ve all known him to be,” Dodge said. “He is a fabulous, fabulous young football player.”

But the key to Westlake’s offense is that it’s a lot more than just Anderson. Senior running back Tripp Graham grinded for 74 yards on 28 carries behind an offensive line that played in complete unison, and the wide receivers repeatedly got open for Anderson downfield.

“Our offensive line continues to right before our eyes get better and better and better. Our wide receiver core is stepping up to make plays,” Dodge said. “We are starting to be an offense that is more difficult to defend by personnel. It’s just not just the Nakia Watson or Tripp Graham show. It’s not just the Taylor Anderson show. We’ve got about four or five skill guys that you’ve got to defend, and if you don’t they’ll make plays, and that’s what we did tonight.”

When Dodge first got to Westlake, his defensive game plans against Lake Travis centered around a heavy blitz package. Last year they decided to rush just three or four and focus more on coverage, which worked. They went with a similar plan again because he was afraid of the more mobile Card shaking off tacklers and creating problems. The secondary rotation of junior Sage Luther, senior Doak Wilson, Webster, Lowin, senior Peyton McDonnel and sophomore Lucas Mireur stepped up the plate and held Card to 4.3 yards per attempt.

They even found a way to quiet superstar senior wide receiver Garrett Wilson, who got behind the defense for an early 42-yard score on a flea flicker, but was held to just six grabs for 31 yards the rest of the night. He did have a 101-yard kickoff return for touchdown, though. 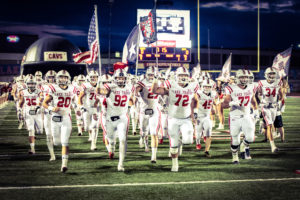 “(Card) is a really, really good quarterback, and he’s going to be a really great quarterback but this was his first time that he played against us and Tony (Salazar) did a great job mixing things up and giving different looks and we were able to capitalize on some errant throws,” Dodge said. “(Limiting Wison was) a huge deal because people had been double-teaming, triple-teaming him all year and he’s still been making plays.”