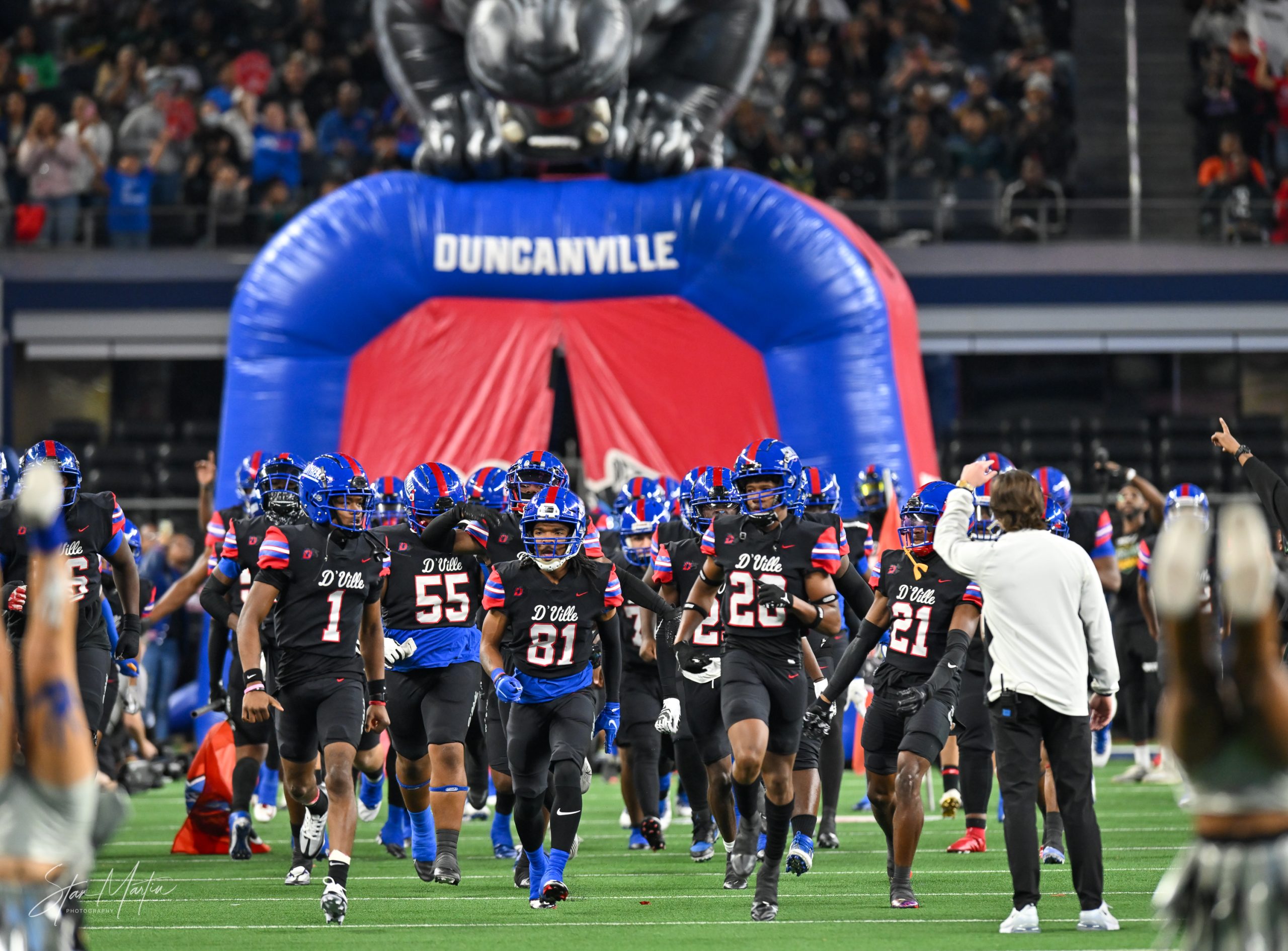 Coach Samples Wins Historic Victory For his 1st State Championship. They say the 3rd time is the charm, and same goes for the Duncanville head coach in the 2022 Div I 6A State Title Game last weekend. With more than 300 victories on his resume’ none are more dear to coach “Reggie” than this past weekend when his Duncanville Panthers defeated arch nemesis Galena Park North Shore with a 28-21 victory at AT&T Stadium in Arlington. (Panthers / Mustangs III)

In a rare historical feat this year both Duncanville and DeSoto, of the 11-6A district, are only the second district mates ever to win Texas state championships in the same season. Only LaMarque and Texas City, achieved this feat only a few years ago in 2019.

RB Caden Durham rushed for three touchdowns and the Panthers held off the Mustangs 28-21 in the Class 6A Division 1 state championship. Durham was named offensive MVP of the game and was overcome with emotion at the end the states Championship weekend!

Texas Sports Monthly teams up each Holiday season with our friends at TexasHSFootball.com to compose their annual State Championship Book. This year Duncanville was honored as the State Champion team.

Three of the four state championships between Duncanville and North Shore have now been decided by just one possession.