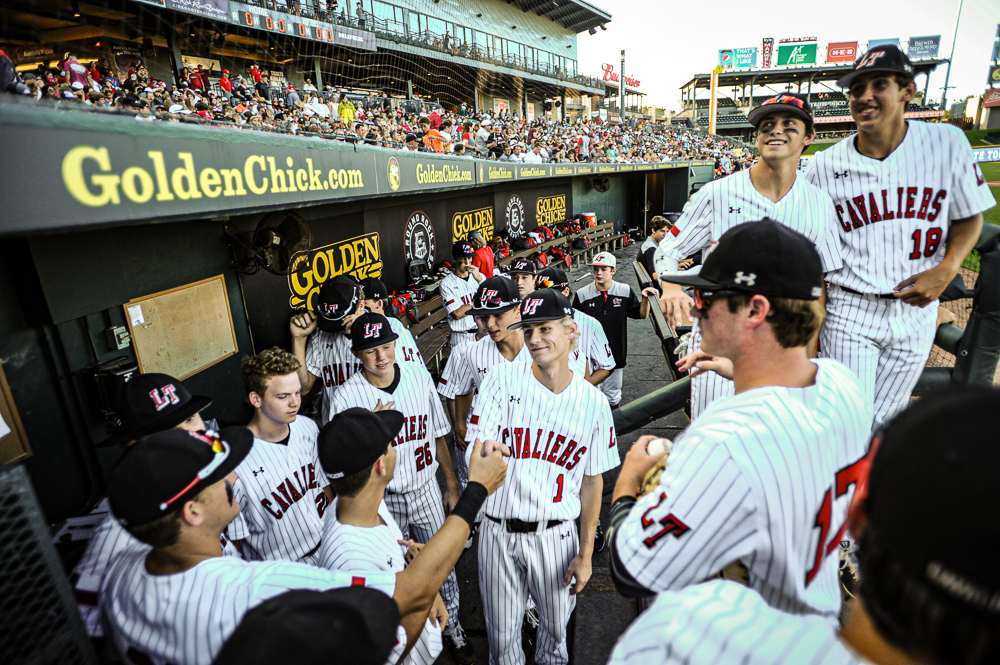 AUSTIN – In the 2019 6A semifinals against Southlake Carroll, Lake Travis was able to do what few teams did in the knockout rounds: force Southlake Carroll to work hard to win.  Future MLB draft pick Brett Baty kept the Cavaliers in the match until the 6th inning when his pitch count went over.  Once that happened and he had to leave, the Dragons scored 4 runs late to beat the Cavs and went on to win their 2nd straight 6A title.  With Baty (New York Mets), and Jimmy Lewis (Dodgers) now in the minors, the Cavs will look to their pitching depth to make another run to Round Rock.

Mike Rogers begins his 7th year as manager at Lake Travis and his 39th season overall with a good chance to hit 750 wins in his career and will have 7 starters returning from that 2019 squad.

“You cant replace a Brett Baty or a Jimmy Lewis but the kids are accustomed to pressure,” said Lewis.  Their returnees include shortstop Parker Guerin, and pitchers Storm Hierholzer, Kal Edmunson and Alec Grossman.  Those 3 along with 4 others are already committed to play college ball with many at the D1 level.  The first order of business will be to defend their 25-6A title against tough competition headed up by friendly rival Austin Westlake who almost upset 2-time defending finalist San Antonio Reagan in round 3.

“J.T. (Blair) is an outstanding coach and has done a good job building the program,” said Rogers.  “They made a big jump last year and with J.T. at the helm, it will be a dog fight for the district championship this year.”

Region 4 is filled with top teams such as LT, Reagan, San Antonio Johnson, and Laredo Alexander.  They combined for 4 finals appearances and 7 semifinals.  Though none won the golden trapezoid.

“Region 4 has lots of top teams and are as good as anyone with outstanding pitching staffs,” said Lewis who has 722 career wins.

But all roads go through Southlake Carroll.  The Dragons have won the last 2 titles and if not for a balk call in the 2017 semifinal loss against Deer Park, they might be going for a 4-peat.

“Southlake Carroll is very talented.  Winning it back to back is super impressive and I think they are the favorites.  When you face that situation you have to rely on pitching.  It is unusual at the high school level to have 9 batters you have to game plan for.  They have power and they have pitching and they stress your pitching.”

While the season wont start until late February, Lake Travis and Reagan will scrimmage February 15th at Wolff Stadium in San Antonio.  The UIL baseball semis and finals are scheduled for June 10-13 in Round Rock and Austin.

Greg Sherman is a freelance writer for Texas Sports Monthly.  Check out his Youtube channel youtube.com/user/buckeyesooner82 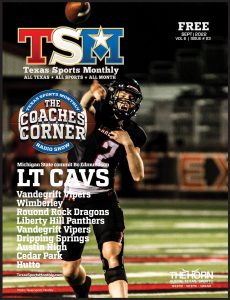