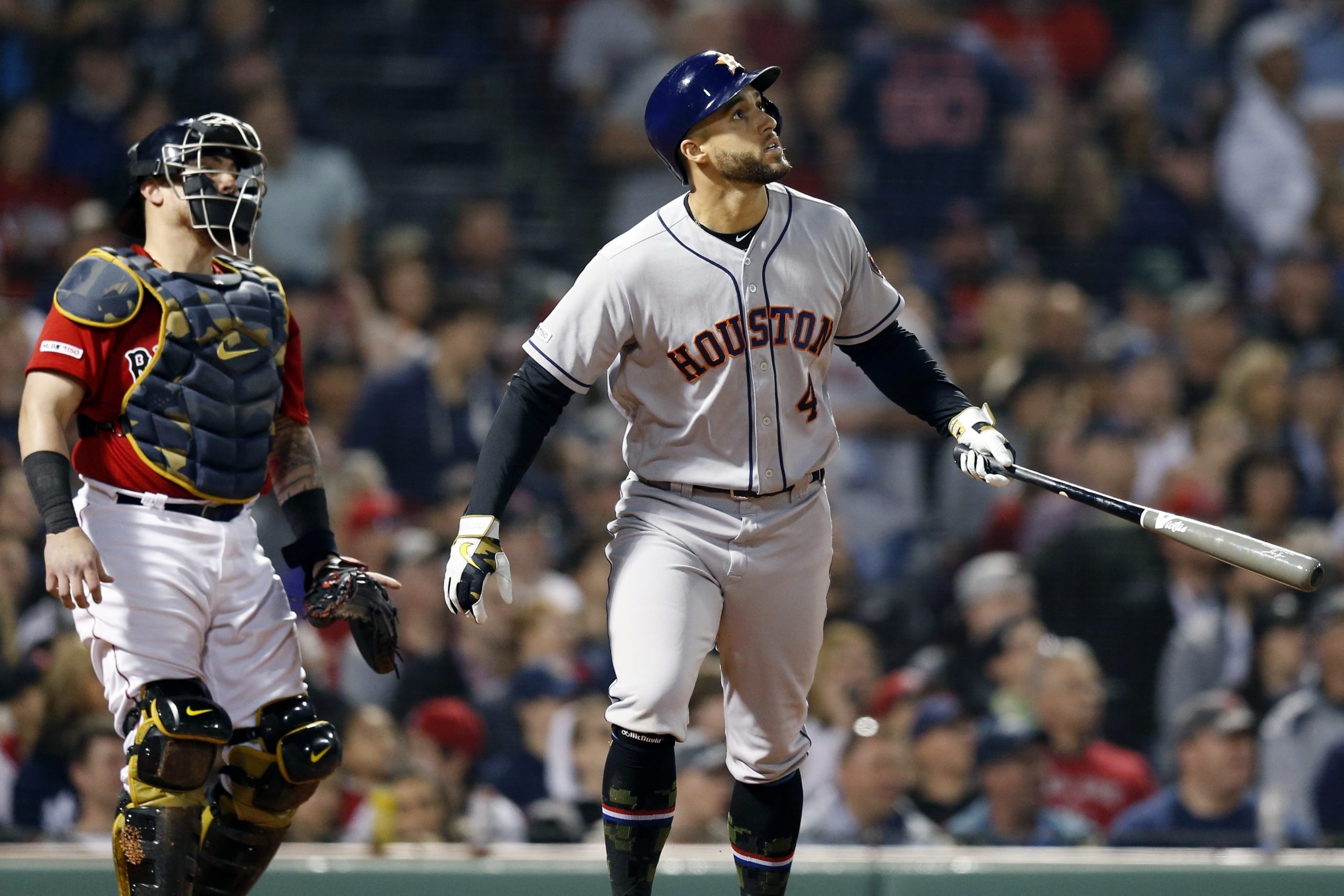 The night that AJ Hinch didn’t send Gerrit Cole out in game 7 of the World Series to close out the game when the Astros had the lead gave me a gut feeling a loss would be an easier pill to swallow for Hinch. Then the Nats pulled off the comeback and went on to be the 2019 World Series Champs. Behind the scenes, many of us knew that the MLB had the ball rolling already and soon the hammer would drop on that mouse trap. The one sign that the Astros couldn’t read was how the baseball world would receive a team that was on the verge of a dynasty in baseball that was caught red handed illegally stealing signs since 2017.

With coaches being fired, Managers removed, fines dished out and the biggest black cloud in Houston’s sports history surpassing Bud Adams taking the Oilers away, the internet is still in a state of denial, frustration, hate, sadness, non-understanding, and just flat out disgust about the 2019 Astros sign stealing scandal. Why? Who? How long? Who else? These are all questions of people everywhere.

From die hard fans to other teams’ fans, from bookies to loan sharks, from owners to coaches, and from players to facility personnel, everyone wants to know the truth. Not just did the sign stealing help for one swing against one of the greatest closers in the game right now with Aroldis Chapman and not do they want to know about just was it whistles or trashcans being used to beat on. No, they want to know how long has it been going on and who else is doing it.

The truth is, all teams steal signs. From baserunners at second, to base coaches, they all have simple tip offs at sometime. Hitters and players in the dugouts watch pitchers and they try to read simple tipoffs to see what pitch is coming next. A hitter often can pick up things himself and never needs a tip from his teammates.

Even catchers can read hitters and see tendencies. But more than that, they often call signs in the big leagues now with a coach looking up stats based on pitch locations using an ipad. Yes a computer in the dugout.
We can sit here and talk until we are blue in the face about all the different ways to pickup signs watching the other team. The truth is, since the game of baseball started, using signs from catchers to call pitches, base coaches to tell runners when to steal on bases, or any other detail shown by hands that are quickly swatted around like someone being attacked by a bee, sign stealing has been an art. A true part of the game.

Just like the player follows every move of each hand or finger that the person delivering the sign intentionally gives, so does the opponent’s coaches, players, or sometimes secret little spy.

Anyone that says different is either bitter that their team lost or never played the game with any real intent. Or, like many of the stunned and shocked fans stuffing their face week to week with $20 hot dogs and cokes while wearing the $75 jerseys and paying $124 a seat to sit right behind the dugouts, they have never really been baseball players, just baseball fans. A lot of those are the fans that Rob Manfred believes he is helping to enjoy the game more by speeding up the game.

Rob Manfred? You know, the commissioner of Major League Baseball. You know, the guy that single handedly is driving away the traditionalist fan from enjoying the game with over talking analytics, throwing time clocks on parts of the game, not knowing what part of the season he should allow teams to use loaded baseballs or not, drastically changing ERA’s worse than a pitcher just hollering out, “Hey! I am throwing you the ole numero uno right now!” Or, “Hey bro! Here comes the deuce!” Yah, pitchers have been run out of a job after giving up tape measure home runs off of that decision by ole’ Rob when it probably would have been a warning track fly ball out but that’s for another write up.

Anyways, all of this write up brings me to this, regardless of who your favorite team is, how long sign stealing has gone on in the baseball, who knew about it, or why it was happening, the Astros by all behind the scenes standards cheated. PERIOD!!! In 1961 MLB banned the use of a “mechanical device” to steal signs, binoculars, telescopes, etc. It does not specifically say electronics in the rule book, but in 2001, Sandy Alderson, then executive vice president for baseball operations of MLB, issued a memorandum stating that, “Teams cannot use electronic equipment to communicate with each other during games, especially for the purpose of stealing signs.” Before the 2019 season, Rob Manfred specifically reassured in a memorandum to the league after the Red Sox was caught using electronic watches that it was illegal to position cameras in outfield to be used to communicate with managers in an effort to reduce illicit sign stealing.
Therefore, the Astros were warned like all the others before the 2019 season and knew what they were doing was wrong. Pretty sure that MLB is overlooking the 2017 season a little bit more than the 2019 season for the simple fact of most of these players may not have even been playing Little League in 2001 when the last memorandum went out.

For me, the most frustrating thing about baseball in the last 10 years is that there is no clarity. The traditions have gone away. With so many changes due to money hungry businesses feeding the giant and so many technological advances that can be used in the sport, I think that the words “electronic devices” should have been put in the rulebook a long time ago. I know that not everyone in my business reads my memorandums. Or at least they say they don’t. You are required to read my businesses’ rule book.

Good luck to you all you baseball players out there this spring. Will be interesting to see what kind of protective gear the many sports businesses will come up with this year for players. I’m sure your parents will get to follow the Astros this year to see what gear actually works for protecting you at the plate.

Coach James Bills is a former high school and college coach. Coach Bills has been a professional scout for 8 years as well as has trained 100’s of college and professional athletes. He is also the owner of The University of Baseball located in Leander Texas and a managing partner with Silverstone Sports Management out of LA. Podcast: In Your Face Sports Email: [email protected]