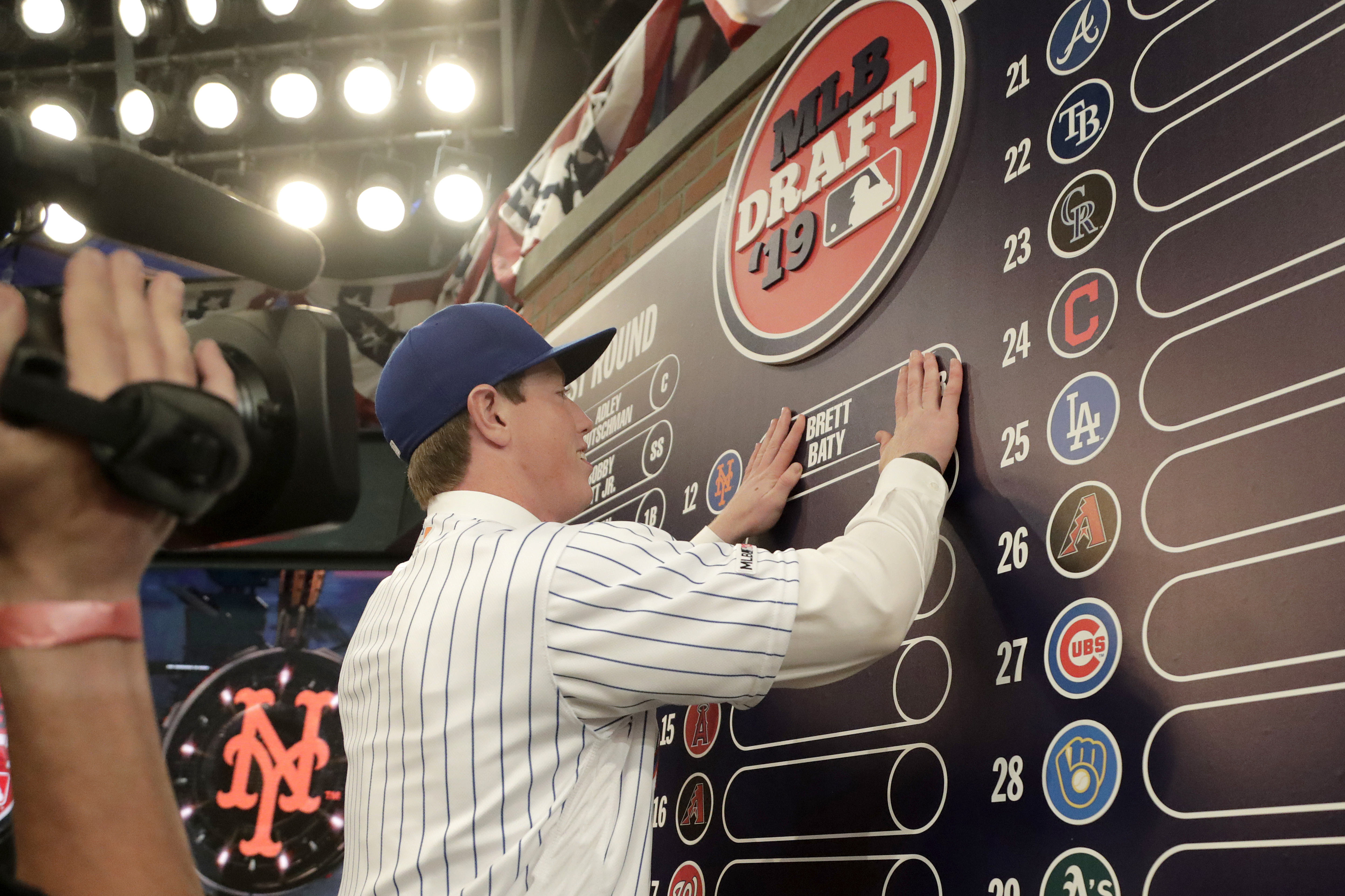 With most of their fans expecting a pitching prospect to be selected with the 12th overall pick of Monday night’s MLB Draft, the New York Mets surprised many by instead nabbing Lake Travis third baseman Brett Baty.

Perhaps new Mets general manager Brodie Van Wagenen thought it was about time his franchise found a suitable replacement for David Wright, who made his last All-Star Game appearance in 2013.

“I’m just so happy right now I can’t even explain it,” Baty said in a televised interview on MLB Network. “I’m grateful to have my family and friends here to celebrate it with me. They’ve had so much support for me over the years.”

Baty was called the “best high school bat” in the entire draft by MLB Network analyst Jonathan Mayo. The 6-foot-3 senior definitely possesses a ton of power, as he’s mashed 19 home runs during the 2019 season while also batting over .600 and knocking in 50 runs with a slugging percentage of 1.333. As a junior, Baty belted 12 homers for the Cavaliers.

Impressed by Baty’s offensive prowess, the Mets added to a growing list of prized minor league infielders that they hope will one day transform their lineup in the same way that the trio of Jose Altuve, Carlos Correa and Alex Bregman have infused new life into Houston’s order.

Baty and his family flew to New Jersey for the draft and will head back to Texas soon so that he can pitch the opening game of the Class 6A state tournament Friday against Southlake Carroll at the Dell Diamond in Round Rock. Baty’s presence on the mound has helped ease the loss of injured teammate Jimmy Lewis, who was taken 78th overall by the Los Angeles Dodgers on Monday night.

Baty comes into the state semifinals with an ERA of 0.84 and 79 strikeouts.

The Mets’ gain appears to be the Texas Longhorns’ loss, as Baty’s expected signing bonus is in the ballpark of $4.37 million. It would be more than a bit surprising to see the 19-year-old turn down that type of money, but then again, it wouldn’t be an unprecedented move.

The Mets’ decision to take Baty represents the first time the franchise has chosen a third baseman in the first round of the draft since Wright in 2001. Coincidentally, Baty’s T-ball team as a youth was also the Mets.

Maybe it was fate all along.