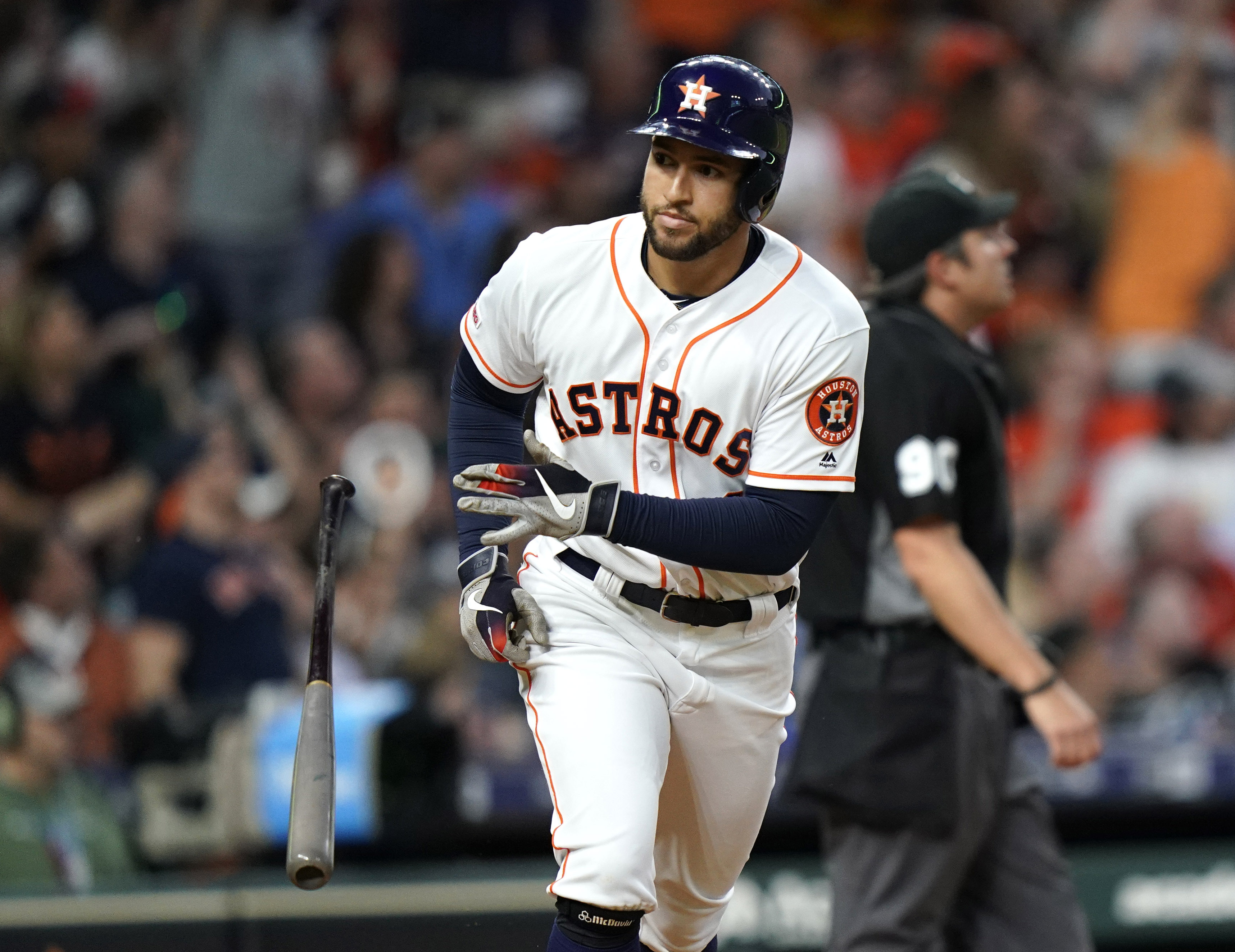 Astros fans had plenty of reason to be nervous when George Springer left Sunday’s game against the Red Sox with back soreness.

Luckily, Springer’s MRI revealed no structural problems in his lower back, which means the budding star outfielder will dodge a trip to the injured list. Instead, he’s listed as day-to-day and could return for the Astros’ current series against the White Sox, which wraps up Thursday.

However, manager A.J. Hinch could choose to play it safe and keep Springer on the shelf until this weekend’s three-game set with Boston at Minute Maid Park. No matter what the decision, Houston can’t wait to see the 29-year-old back in the lineup launching “Springer dingers” at The Juice Box.

As of Tuesday evening, the Astros were in first place in the American League West and held a comfortable 8 1/2-game lead over Oakland. That enough is reason to believe that Houston won’t rush Springer — or teammate Jose Altuve — back too soon.

Of course, stellar performances are nothing new for Springer, who won the 2017 World Series MVP award while helping Houston outlast the Los Angeles Dodgers in a seven-game showdown than neither fan base will ever forget.

But Springer has raised his game even more this season, which is reflected by the fact that he leads the American League in home runs, RBIs, runs scored and total bases while hitting in a deep Astros lineup. He’s on pace for a career year across the board if he can stay healthy, but a few days of rest likely won’t hurt him in the long run — even if he can’t wait to get back out on the field.

“I always want to play,” Springer told the Houston Chronicle’s David Barron when asked if he would be back in the lineup on Monday. “I’ll see how I feel and I’ll go from there.”

Not bad for a guy making $12 million per season compared to more than twice that price for the newly-signed Harper.

If Springer continues his current surge, his contract will surely balloon, but for now, the Astros just want him back in center field as soon as possible. Once he returns and Houston moves closer to being at full strength, there will only be two worlds of advice for every team they face from here on out.