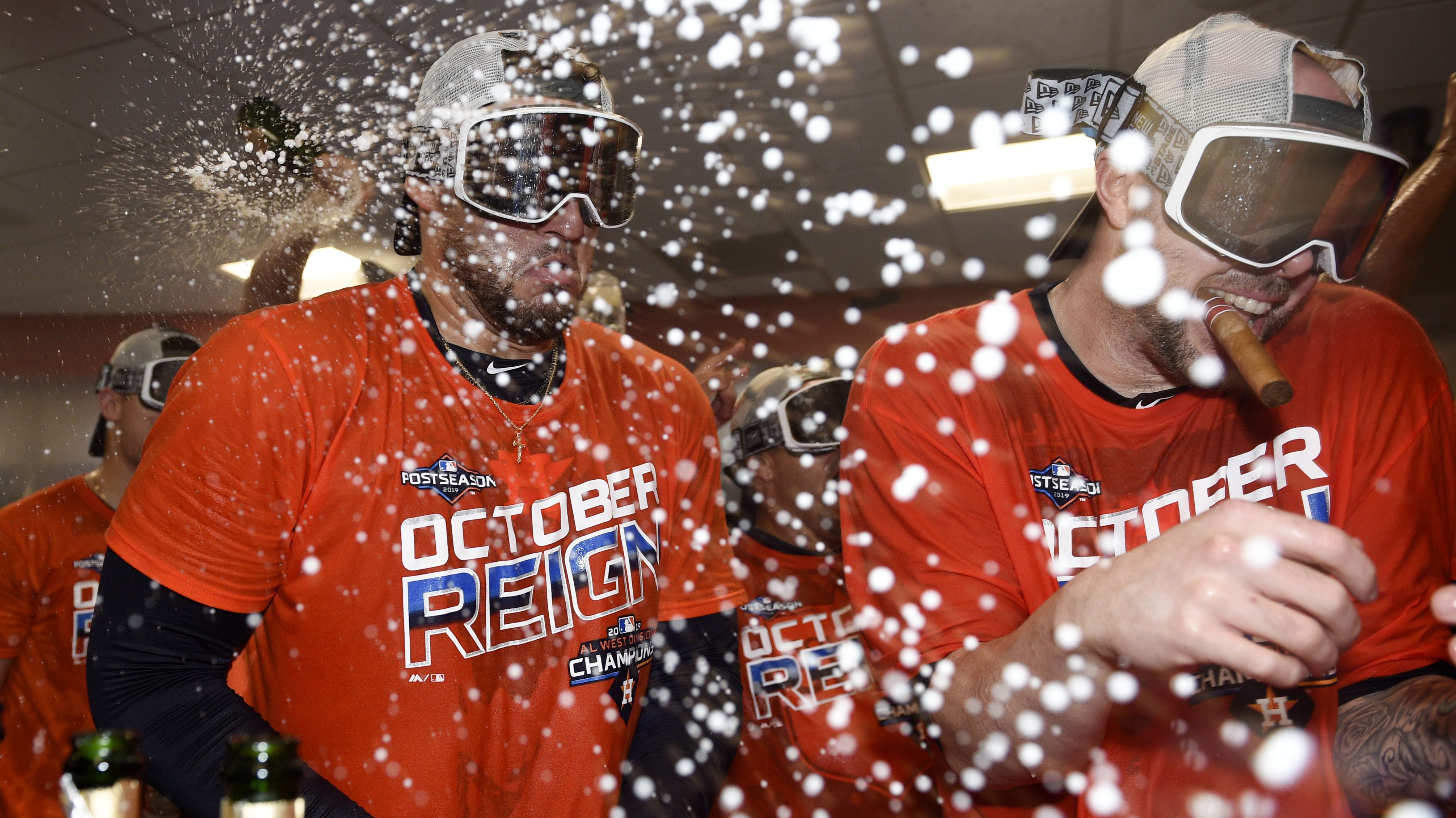 With the type of lineup and pitching rotation that they possess, it would make sense for the Houston Astros to start buying champagne in bulk.

The Astros closed the month of September as the first team in the majors to win 100 games and have already clinched the American League West division crown — their third in a row. But those are mere appetizers for manager A.J. Hinch’s squad.

The main course is yet to come.

Expectations are sky high in Houston, which just became the sixth franchise all-time to post three consecutive 100-win seasons. The Astros have everything a team could want in a batting order — power, speed, discipline and plenty of depth. Houston also has one of the most complete pitching staffs in Major League Baseball.

An already stacked group of hitters gained outfielder Michael Brantley in the off-season, and he’s rewarded the front office by batting .315 with an .881 OPS through Sept. 23.

Then there are the old reliables — Jose Altuve, George Springer, Alex Bregman and Carlos Correa. All four have become household names nationwide and are as dangerous as ever, and when combined with Yuil Gurriel’s production, those five Astros could combine for 170 home runs this season.

The Astros also have a few young guns in Yordan Alvarez, Kyle Tucker and Myles Straw. Alvarez appears to be a superstar in the making with his unreal power, while Tucker and Straw have been able to add a little speed and situational hitting.

The signing of former St. Louis Cardinal infielder Aledmys Diaz was also key, as the utility player helped the team stay afloat when Altuve and Correa were out with injuries earlier in the season.

Houston’s pitching depth is almost as ridiculous as its batting order.

The rotation includes certified aces Justin Verlander, Gerrit Cole and Zack Greinke, plus two solid hurlers in Brad Peacock and Collin McHugh. Framber Valdez was also added to the mix in August after being called up from Triple-A Fresno.

Verlander and Cole both have ERAs under 3.00 and are on pace to strike out over 600 batters combined in the regular season alone. The only real question mark at the moment is lefty Wade Miley, whose late-season slump could leave him out of the postseason rotation.

Last year, the Astros simply ran into a better team that was firing on all cylinders — the Boston Red Sox. This season, the MLB’s most fully-loaded freight train appears to be departing from Houston, although the Yankees could be a potential roadblock.

But the Astros have that covered as well if it comes down to a grueling seven-game series. Houston can lean on its core group that has been there before, including Hinch.

The expectation level has been set. Now it’s World Series or bust.