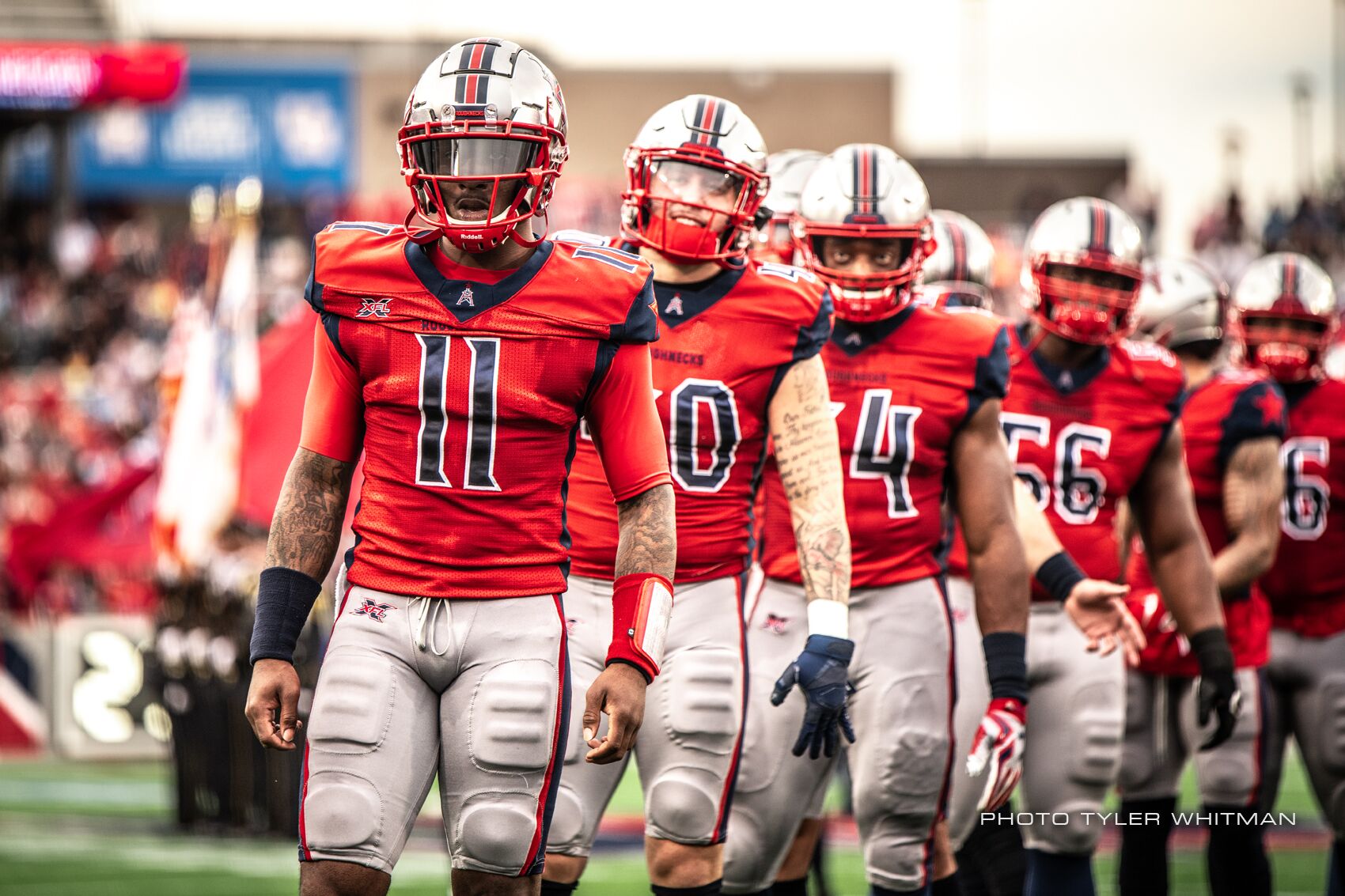 After a full-throttle week one of the XFL, fans were clamoring for more football. This week the 5-point home favorites, Houston Roughnecks who boasted the leagues number one offense took on the Saint Louis BattleHawks who had already upset the Dallas Renegades the week before. With an Over/Under of 47.5, this game was sure to thrill.

This matchup was one of conflicting styles, on one side you have the high powered Roughneck offense in which June Jones’ montra is: the pass sets up the run. On the other, you have the ground and pound, run heavy BattleHawks that look for the run to set up the pass. The more explosive offense prevailed as the Roughnecks remained on top of the West Division beating the BattleHawks 28-24.

The Roughnecks received the ball (XFL rules allow the home team to choose whether they start with the ball as well as which side of the field to start on). The Roughnecks utilized their Taysom Hill-esk player immediately, Nick Holley who was officially listed as a running back also plays slot receiver and tight end. After Holley picked up 11-yards on a run, P.J. Walker hit Cam Phillips for the second time on the drive. Last week we saw Walker and Phillips establish a shining connection after they connected for 67-yards and a touchdown in the opening game against the L.A. Wildcats. The drive stalled after multiple incompletions, however the Roughnecks still salvaged three points after a Sergio Castillo field goal from 45-yards out.

The BattleHawks who had a slow and more defensive game against the Dallas Renegades (final score 15-9) came out firing. After five consecutive runs, the BattleHawks effectively set up the play-action, springing the linebackers in order for quarterback Jordan Ta’Amu to find Keith Mumphery for 27-yards. Running back Matt Jones followed with an electric play out of the backfield catching a screen pass and taking it 25-yards to the house.

Nick Holley’s name was called once again after a remarkable diving one-handed catch moving the chains. P.J. Walker, explosive as always, picked apart the defense with a pump fake or two finding Khalil Lewis wide open for a 33-yard pickup. Walker finished off the drive throwing a sidearm laser through hoards of defenders to Cam Phillips for an 8-yard TD.

After four consecutive punts, somebody needed to make a play for either team. Jordan Ta’Amu looked to his deep corner route, once he threw it he knew it was too late, Roughnecks defensive back Cody Brown jumped the route and finished in form bringing it back 50-yards to the 1-yard line. James Butler easily reached the pylon bolstering the Roughnecks lead to 15-6.

After a fourth down stop by the Roughnecks’ defense, the offense seized momentum by the throat and crippled the BattleHawks defense. Walker found Nick Holley for 20-yards, Phillips for 8 and added 12 on the ground. The connection now shining brighter than ever as P.J. Walker rolled out to his right, finding Cam Phillips in the back of the endzone for yet another touchdown.

Heading into halftime both teams had played respectably and the stats reflected that. For the Hawks, there was a simple fix to their offensive woes: Jordan Ta’Amu. He is a great running quarterback. Saint Louis won last week due to his legs, this week should’ve been no different.

Coming out of halftime the BattleHawks needed a score and though they did not follow my advice, another playmaker entered the picture. De’Mornay Pierson-El is a dangerous kick returner and now slot receiver. After taking a quick slant 23-yards he finished the drive off with a 1-yard TD reception.

The tides had turned as the BattleHawks now had old Moe by the throat once again stringing together a plentiful drive. With only one play over 10-yards, they just focused on moving the chains. Ta’Amu put his talent to work capping the 13-play drive off with a 4-yard QB keeper TD.

Even with the scores recently put up by the BattleHawks the game looked almost out of sight after Ta’Amu threw his second interception, this one picked off by Jeremiah Johnson who returned it to the six-yard line. At this point you have to know what’s coming, P.J. Walker found non-other than Cam Phillips in the back of the endzone for both of their third touchdowns and the game sealer.

“I played against him [Walker] in college and then followed him when he went to the pros. He was a dynamic player in college. I knew he could make all the throws and is a competitive leader”, said Roughnecks head coach June Jones.

Throughout the game, you would hear the familiar “MVP, MVP, MVP.” chant from the Houston crowd whenever or wherever P.J. Walker made a play. Right now the Houston Roughnecks are looking good, tied with the DC Defenders for top record. The Roughnecks will play the Tampa Bay Vipers and with how it is going right now you can expect a large turnout.