The Texas XFL showdown took place in Globe Life Park as the Houston Roughnecks took on the Dallas Renegades in a game where two teams lock horns to become best in Texas. In a game full of relentless taunting by both sides, two top XFL offenses battled it out with the Roughnecks claiming victory over the Renegades 27-20.

A game with the highest predicted point total of the season was off to an unexpected start as defense rained superior through the opening minutes.

The Roughnecks were immediately put in a bad position after going three and out. The Renegades looked strong moving down the field until quarterback Landry Jones released the ball past the line of scrimmage. Jones’ throw was picked off by stud safety Cody Brown who brought it back to half field.

Capitalizing on the short field P.J. Walker led his team to score three points. History would soon repeat itself after piecing together a four-play drive, Landry Jones’ pass was tipped into the hands of Roughnecks safety Deatrick Nichols. The Roughnecks split the uprights once again boosting the score to 6-0.

Landry Jones was seeing ghosts at this point. The Roughnecks constantly shut his passing game down forcing him to throw yet another interception right after the other. This one picked off by Charles James II who perfectly read and jumped the curl route. Walker steadily moved the chains with gains of nine to both Cam Phillips and Nick Holley as well as a 14-yard pass to Kahlil Lewis. Coming out in five wide Walker split the cover 3 zone finding Nick Holley for 8-yards and the first TD of the game.

“P.J. walker has done a great job, I am not surprised by his play making ability, I witnessed it when he was an 18-year old freshman at Temple. He got my attention so much I introduced myself after the game. He’s a playmaker like you said and he is trying to stay inside the offense to make those plays too. The last two throws to get first downs to end the game, thats what the great ones do”, stated Roughnecks head coach June Jones.

The Roughnecks kicking woes were apparent as the kickoff soared out of bounds placing the Renegades at Houston’s 45-yard line. Landry Jones quickly turned things around completing the next six passes. Aided by Lance Dunbar who picked up a  fourth and one on a jet sweep and took it 20-yards setting up end zone threat Donald Pharam for an 8-yard TD.

The score was 15-11 going into halftime. Through the first half both defenses had obviously shown up but what impacted the game more was field position. Houston had scored all 15 of their points off of a turnover and Dallas had their make-right drive after the penalty on the kickoff. Whichever team could manipulate the field position the best would win this game.

In the second drive of the new half, the Roughnecks threw being methodical out of the window. After an electric run by P.J. Walker, he hit the red hot Nick Holley over the top putting them in plus territory. Cam Phillips who could be seen limping at times was replaced by 6th string receiver Blake Jackson. Jackson made use of his minutes running a deep corner route, Walker stepped up in the pocket to find him for a 24-yard TD.

Dallas immediately responded with Landry Jones looking like a surgeon with a degree in defense exploitation and coverage dissection. Driving downfield the Renegades dialed up the same play from fourth and one handing the jet sweep off to Lance Dunbar who strutted into the endzone for a 1-yard touchdown.

After a successful 3-point conversion the score was 21-20. With Dallas preparing to make another big drive the Roughnecks defense stepped up. Collapsing the pocket linebacker Edmond Robinson not only sacked Landry Jones, he stripped the ball then recovered it and brought it back into the endzone bolstering the Roughnecks lead.

On fourth and one with the game on the line, Dallas needed some points – it was do or die. Renegade quarterback Landry Jones dove forward reaching the sticks but with a consequence. Jones who had missed the opening game of the season had reinjured his same knee and would not return.

Phillip Nelson came into the game and continued the trend Landry Jones had set. Nelson moved down to the Roughnecks 3-yard line trying to hit Flynn Nagel on a bubble screen, however the pass was bobbled. Linebacker DeMarquis Gates dove extending one hand and bringing the ball in for his second game-sealing interception.

The Renegades will face off against the New York Guardians in Arlington next Saturday, unfortunately without their starting quarterback Landry Jones who stated he suffered an MCL injury during the fourth quarter. Renegades head coach Bob Stoops had this to say about improvements that need to be made, “Being able to secure the ball. To catch the football, there are way too many drops or bobbles that lead to interceptions. Execution in our screen game and our run game on offense. Defensively too, we are never satisfied. I thought a couple of the touchdowns, if we had played a little better in some scenarios we could have forced another field goal as opposed to giving up a touchdown. So, I think a bright spot is our special teams have been awesome. You know Austin and Drew (kicker and punter) have been playing really well.”

The Roughnecks remain the only undefeated team in the XFL league and have control over the West division with at least two more wins than any other team in the west. The XFL has shown amazing growth with 1,500 more fans attending this game than the last. The Roughnecks will look to capitalize on a struggling D.C. Defenders team next week when they play in Houston on Saturday. 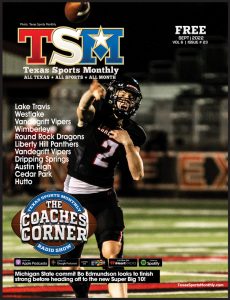