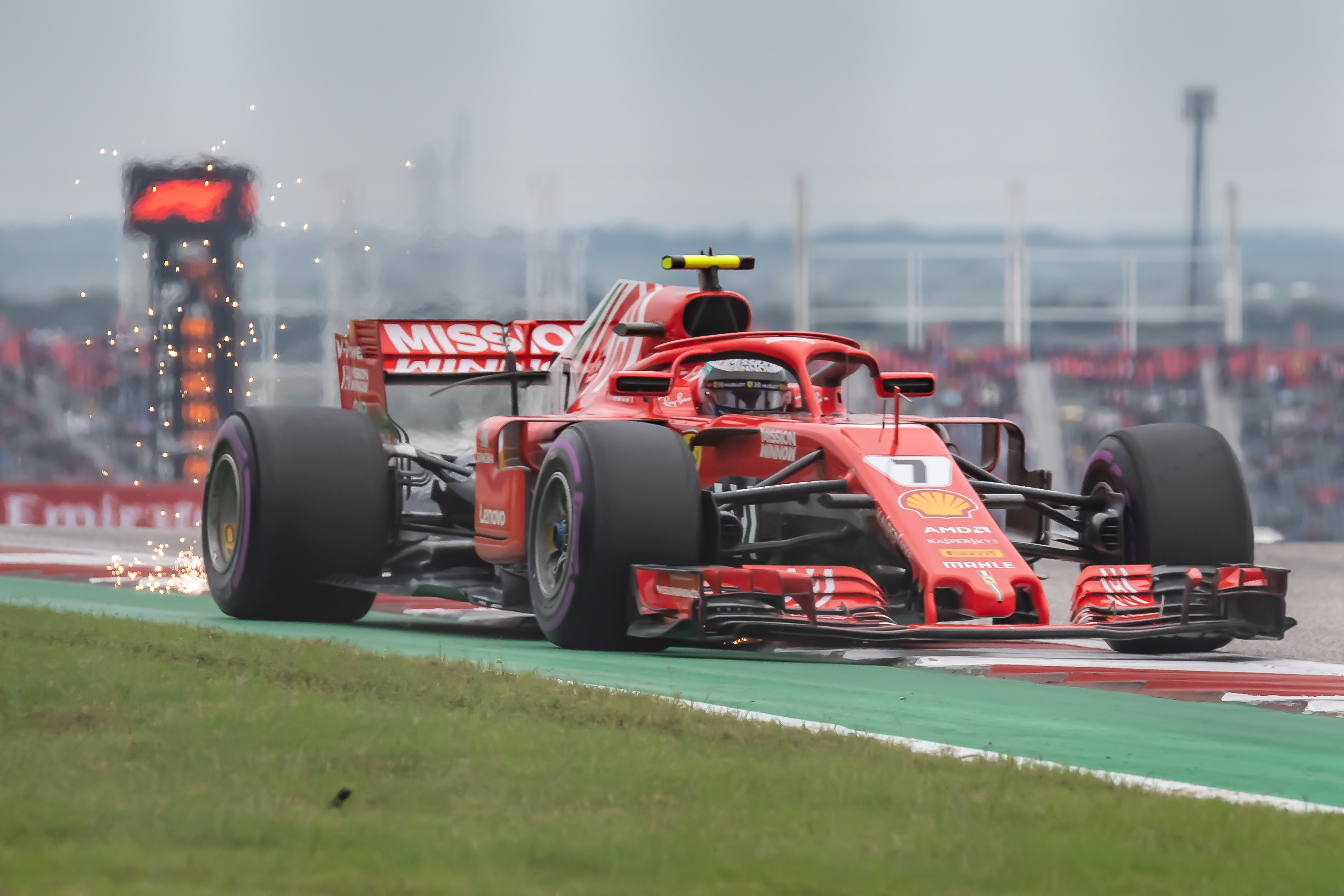 UNITED STATES GRAND PRIX. It was the Finn’s first win since the 2013

Australian Grand Prix. Joining him on the podium in Austin were Max Verstappen and Lewis

Hamilton, second and third respectively for Red Bull Racing and Mercedes. The Englishman thus closes in on a fifth world title, extending his lead over

It was a really exciting race, with the crowd on the edge of their seats from start to finish. Raikkonen produced an impeccable drive, doing a clever job of

managing his tyres and getting every last drop of performance out of his Ferrari.

Raikkonen was the only front runner to start on the Ultrasoft tyres and he overtook pole sitter Hamilton at the first corner, settling down to a fast pace,

although he never really shook off his pursuers. Behind these two, Valtteri Bottas held onto third place, while Daniel Ricciardo and Vettel locked horns.

As was the case a fortnight ago in Suzuka, the German found himself colliding with a Red Bull and spinning before dropping down the order.

Ricciardo was able to continue and seemed to be heading for a good result, given his pace, but on lap 9, his Red Bull stopped because of an engine energy

store failure. The Australian thus posted yet another retirement in what has been a troubled season. As for Verstappen, having started 18th, he charged

up the order, just as he had done in Russia, to come up behind his team-mate.

The Virtual Safety Car was deployed while Ricciardo’s car was removed and Hamilton made the most of it to minimise the time lost compared to his rivals,

by coming in for Soft tyres on lap 11. At the time, Mercedes’ strategy seemed to be the right one, in that Hamilton had rejoined in third place and easily

closed on Raikkonen, who was running a longer stint. The Ferrari man stayed out until lap 21 before making his only pit stop, he too now running the Softs.

Behind the top two, drivers went for different strategies: having started on Softs, Verstappen tried the undercut on Bottas, stopping on lap 23 to take on

the Supersofts. Bottas responded next time round, fitting Softs. The Red Bull gamble paid off, because the Dutchman was able to get ahead of Bottas asthe

Finn rejoined the track and also because the Supersoft was clearly able to go all the way to the end without suffering much degradation.

The same could not be said of the Soft compound, especially on the two Mercedes. Hamilton started to suffer with a bit of degradation at the start of

lap 30, which saw his lead over Raikkonen drop from 17 to 9 seconds in just six laps. Inevitably, the championship leader had to make a second stop for a

set of new Softs, after which, he rejoined in fourth place.

On lap 38, Raikkonen led the race, with a 2.5 second advantage over Verstappen. Bottas was 9.1s back, Hamilton at 12s and Vettel trailed his team-

mate by 16.2 seconds. Quite rightly, Mercedes asked Bottas to move over for Hamilton after which the Englishman charged after the two cars in front. If he

had managed to take second place and his team-mate could have held off Vettel, then a fifth title was in the bag, here in the United States.

But the race ended with a different script. Hamilton tried all he could to pass Verstappen, but the Dutchman fought him in a hard but fair manner,

especially on lap 54, when Hamilton seemed to have got the upper hand, before running wide in the final sector, which meant Verstappen could make

good his escape. This scrap played into Raikkonen’s hands, as he managed to eke out a small lead. But it was all he needed to return to the top step of the

podium after a very long absence. 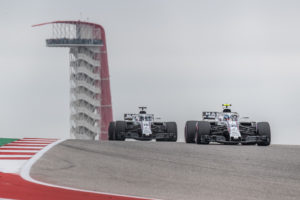 On that 54th lap, Bottas was clearly struggling even more with his tyres and had to give best to Vettel, who thus managed to limit the damage, keeping

the title fight alive for at least one more round.

The fight for the top places was fascinating all the way to the end, but the other points places were not completely decided until well after the

Perez. However, post-race scrutineering led to the disqualification of Force India’s French driver, because his “fuel mass flow exceeded 100 kg/hr during

Lap 1 of the race.” A similar fate befell Haas’ Danish driver, because the “amount of fuel consumed exceeded 105 kg during the race.” This promoted

Brendon Hartley to ninth and Marcus Ericsson to tenth.

After this trip to the States, which featured an F1 show on the streets of Miami as well as the Formula 1 race, the pinnacle of motorsport stays in the