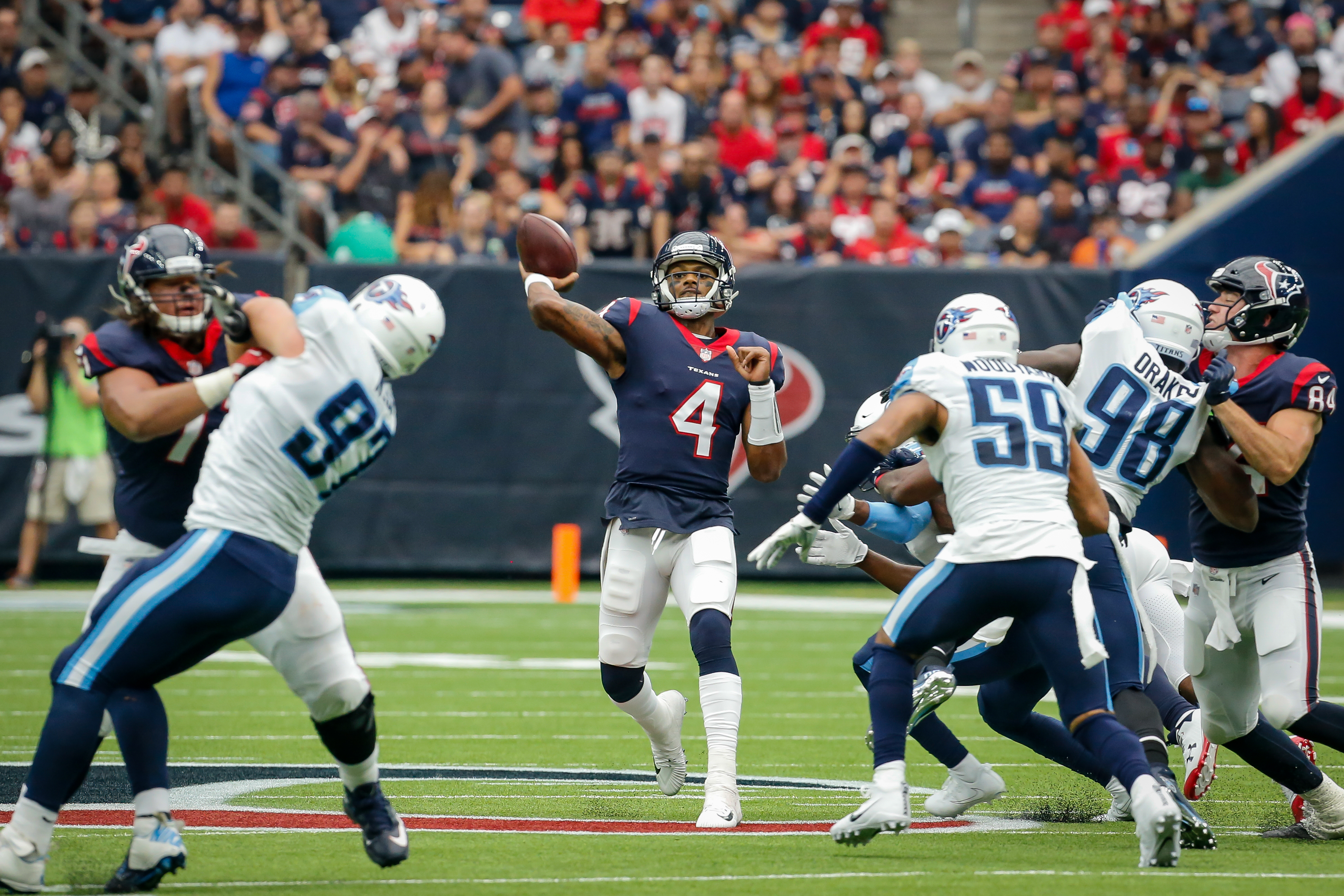 In order for the Houston Texans to contend for real in the AFC, there are some things they need to have happen.

They’re going to need Deshaun Watson to keep playing hard. The Texans quarterback has been dealing with a chest injury, and yet still guided them to victory over the Jacksonville Jaguars. Watson is tough, sure, but he’s more than tough, he’s completed 63 percent of his passes. Houston could do with a tad bit more consistency out of Watson though, at the time of writing he’s thrown seven interceptions to just 10 touchdowns.

They’ll need their playmakers to keep making plays. DeAndre Hopkins is having a great year so far, and the Texans will need him to keep making explosive plays if they want other wide recievers like Will Fuller and Keke Coutee to keep making plays as well. When one wideout draws the coverage, the rest of them benefit. Lamar Miller needs to make more plays in the rushing game as well.

Finally, on the defensive side of the ball, they need to keep rushing the passer well. The Texans front seven is downright nasty, and they’ll need to keep the pressure on opposing gunslingers in order to play for real in the AFC. JJ Watt, Jadaveon Clowney, and Whitney Mercilus can all create nightmares for opposing offensive lines, and need to keep doing what they’re doing.

The Texans are in a very weak division, and might very well win that by virtue of not being the absolute worst. Contending in the AFC is still a bit of a longshot for right now, especially with Patrick Mahomes and the Chiefs appearing Super Bowl bound. The Texans have the pieces in place, but it may very well just be someone else’s year. Eventually though, they’ll begin to make waves

Get in the Game: Exhibit at LBJ Presidential Library
Texans Christian Covington