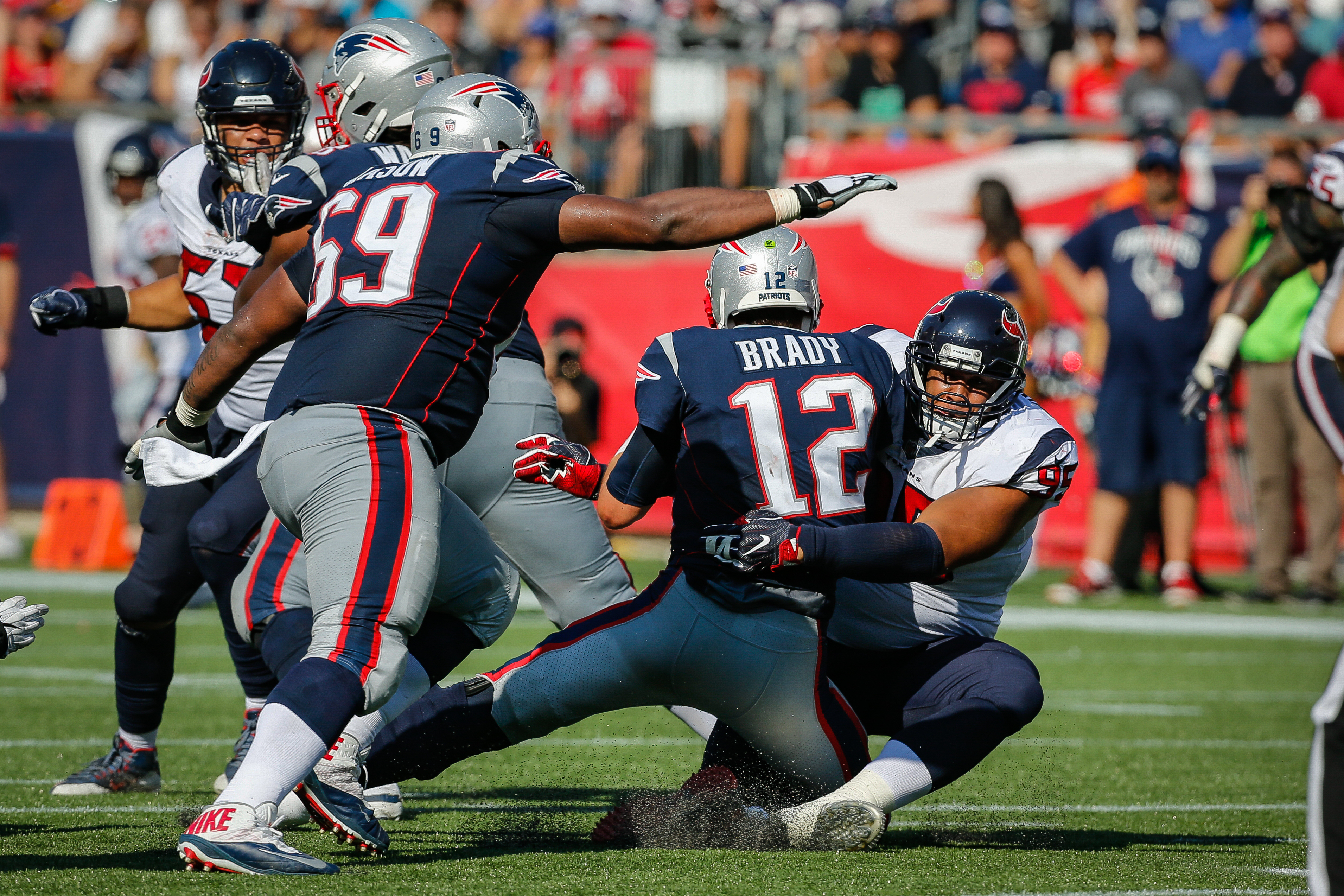 After losing the first three games of the year, only the most optimistic Houston Texan fan could have imagined this team making the playoffs. But the Texans never lost faith in themselves, according to defensive end Christian Covington.

“There wasn’t an exact moment or event that turned things around,” Covington said. “We approach every week the same way. We have the same mindset. No one wants to be 0-3, and we knew we needed to do something about it.”

And they did. After the disappointing loss at home to the Giants, the Texans won their first game the following week in a shootout with Andrew Luck and the Colts in Indianapolis. Then, it was back to Houston for a showdown with the Cowboys.

“We knew what was at stake in the civil war,” Covington laughed. “There are only two NFL teams in Texas. We’re over here in Houston. When you’re away from your building, you’re exposed to the fan base where everyone loves this team. And everyone hates the Cowboys.”

The Texans prevailed in a hard-fought 19-16 win over their state rivals and then reeled off six more wins, making it eight straight with the win over the Titans on Monday Night Football to closed out November on a high note. In spite the success, Covington said no one was giddy.

“Winning helps out,” Covington said. “It definitely changes the mood, but it doesn’t change our approach to preparing for next game, scouting our opponents and watching film.” Covington described the team as taking a businesslike approach. But there are times when the mood is light.

Fun and work have always mixed naturally into Covington’s life. He worked hard at football since his early days, growing up in the home of a Canadian Football League legend, Grover Covington. The elder Covington, also a defensive end, was a seven-time CFL All-Star.

“I was always trying to be like him,” Covington said of his father, who paved the way for him to get a scholarship to play football at Rice University. Grover Covington played football with Darrell Patterson, assistant head coach of the Owls.

When Patterson came to Houston in 2007, he expanded Rice’s recruiting efforts in Canada, where he had a playing career in the CFL for seven seasons. Patterson contacted Grover Covington, who was updated on Chris’ rapid development at Vancouver College.

The Owls have signed a total of eight Canadians in the past nine years, including Covington and Luke Willson, a tight end for the Detroit Lions. Rice had winning records during the three years Covington played for the Owls (2012-2014).

Injuries ended Covington’s 2014 season prematurely after seven games. In spite of that, Covington passed up an opportunity to return to Rice for his senior year and entered the NFL draft in 2015. He was drafted by the Texans in the sixth round, 216th overall,

“I knew I was ready,” Covington said, although he admitted there was no guarantee he would be drafted. “Being selected by the Texans was a dream come true. Only 250 players in the entire world are drafted into the NFL each year. I was blessed.”

In his first two seasons in the NFL, Covington and the Texans won the AFC South. They advanced to the second round of the playoffs in 2016, but then came the tough 2017 season when they finished 4-12. In Week 8, Covington suffered a torn bicep which ended his season.

In spite of the setback, Covington came back in top shape and earn his job back. He had a brief starring role in the Texans’ November 18 victory over the Redskins. Covington delivered the key block that enabled rookie safety Justin Reid to sprint 101 yards for a touchdown.

“Just doing my job, man,” Covington said modestly. “We’re told since my rookie year on any turnover to look around and find a guy to block.” Covington had also pressured Washington quarterback Alex Smith leading up to the game-changing turnover.

“Winning is great,” Covington said. It definitely changes things. We’re enjoying the wins, but we’ve got to keep it going. You have to stay on an even keel. When you start reading your own press clippings, that’s when you get into trouble.”

As the NFL regular season heads into the final month, the Texans are in the playoff picture. The first order of business is to win the AFC South again, but they must fend off the Colts and Titans. As November ended, the Texans had a two-game lead on the Colts.