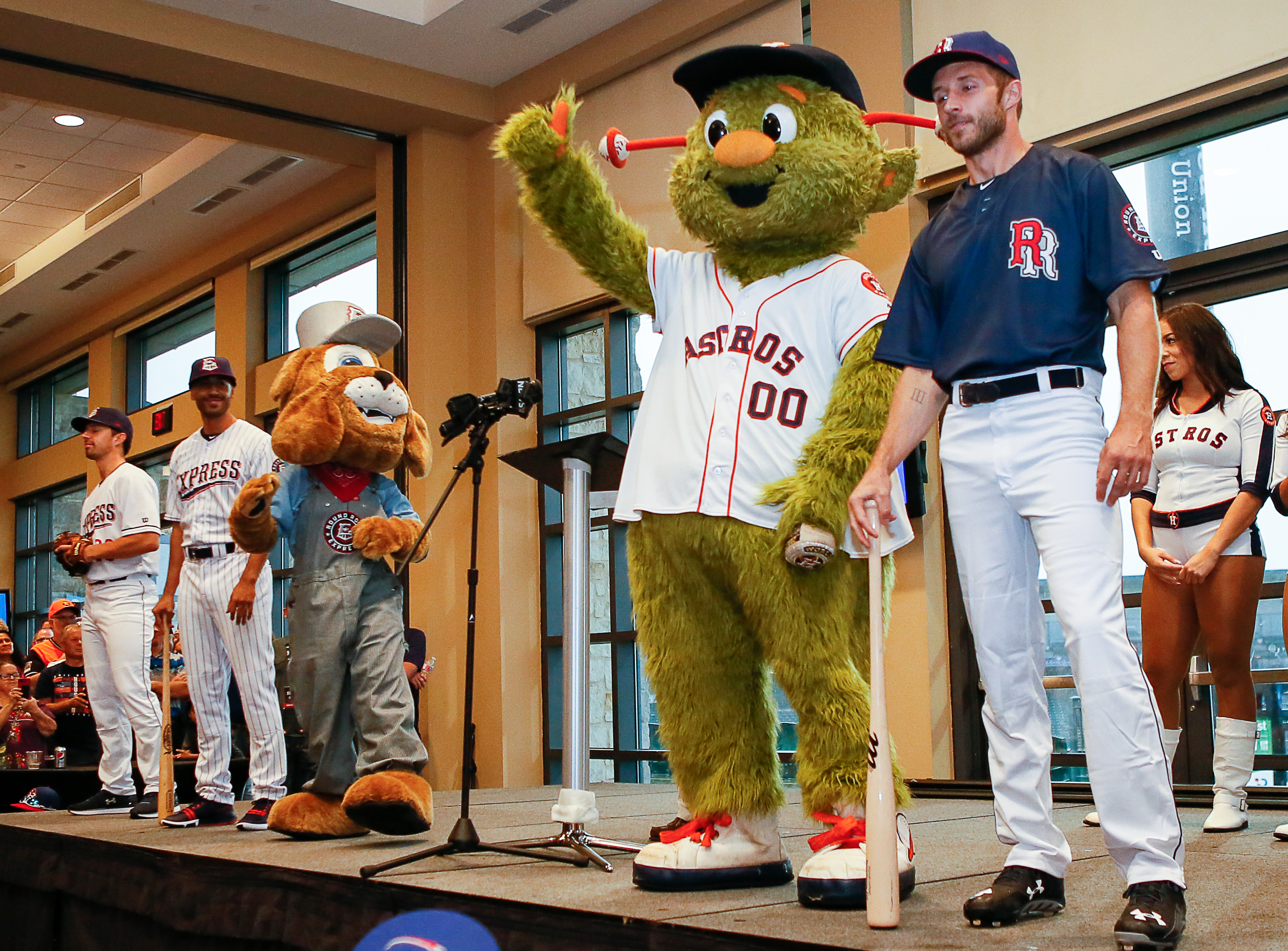 With Opening Day on the horizon, the Round Rock Express are set to embark on a new era in the club’s storied history. The 2019 season brings about a new affiliation, new branding and a renewed commitment to the Central Texas community. In conjunction with the team’s historic 20th anniversary season, the Express announced last September that the club is reaffiliating to become the Triple-A affiliate of the Houston Astros, reuniting with their parent club from 2000-2010.

The Express were founded as a Double-A franchise in 2000 by Ryan Sanders Baseball, a group made up of Hall of Famer Nolan Ryan, his sons Reid and Reese, Houston businessman Don Sanders, and his sons Bret and Brad. The team joined the ranks of Triple-A in 2005.

As the newest member of the Houston Astros family, an organization chock-full of top prospects, there should be no shortage of top talent making their way through Round Rock in 2019. Six Astros farmhands appear in MLB.com’s Top 100 Prospects list. Pitchers Forrest Whitley (#7), Josh James (#62), Corbin Martin (#81) and J.B. Bukauskas (#97) as well as outfielders Kyle Tucker (#8) and Yordan Alvarez (#44) all have a chance to suit up for the E-Train in 2019.

To celebrate the team’s 20th anniversary, the Express unveiled new logos, a new color scheme and a new set of uniforms that embodies the heart and soul of the Round Rock community. The team’s primary E-Train logo has been enhanced to more authentically represent the historic trains that came through Round Rock along the Chisholm Trail. The center of the E-Train is also a tribute to the iconic “Lone Star” that Texas is proudly known for. Fans will also enjoy a new “double-R” mark as well, a cattle brand nod to the Ryan family’s love of ranching. The double-R is the focal point of a new custom Express team font that fans can expect to see in 2019.

The new look kicks off the Express’ 20th anniversary season, featuring a 20-year logo showcasing the iconic round rock that the city is named for perched in front of an Astros’ rainbow-inspired sky commemorating the dawn of a new affiliation.

The team has returned to its original navy and a new shade of deep red along with silver. The redesigned home white uniforms feature navy trim and showcase the team’s “Express” lettering across the chest and a 20th season sleeve patch. The new navy home cap features the reimagined E-Train. On the road, the club will don traditional gray uniforms with “Round Rock” displayed across the chest and navy caps featuring the new double-R logo. Two alternate looks include a navy two-button henley and a white pinstripe uniform.

The Express open their historic 20th anniversary season on the road against the New Orleans Baby Cakes (Miami Marlins affiliate) on Thursday, April 4 before returning to Dell Diamond on Tuesday, April 9 for a five-game series against the Nashville Sounds (Texas Rangers affiliate). Single game tickets, season memberships and flex plan ticket packages are on sale now.

For more information on the Express, visit RRExpress.com or call (512) 255-2255. Keep up with the Express on Facebook, Instagram and Twitter, and join the conversation during the team’s historic 20th anniversary season using #20STROng.