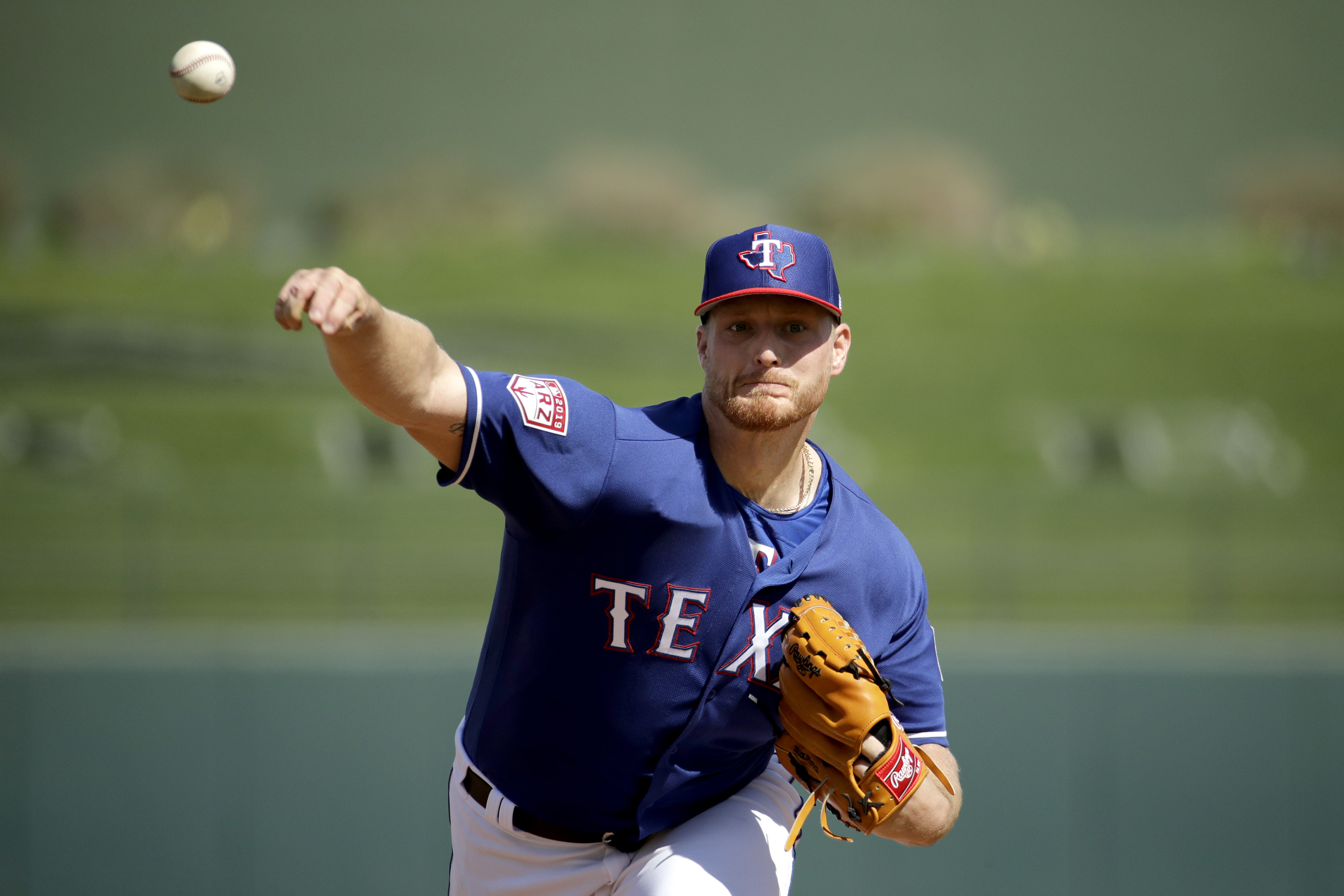 GLENDALE, Ariz. — The Rangers need Lance Lynn to pitch deep into games to make their investment in the right-hander worthwhile — and he seems eager to comply.

Lynn struck out five and allowed five earned runs on Sunday in the Rangers’ 6-3 loss to the Dodgers, but the most telling moment came just before he departed the game. After Lynn loaded the bases with two outs, manager Chris Woodward jogged to the mound, presumably to relieve Lynn, but suddenly headed back to the dugout.

“He’s obviously a bulldog, which I love,” Woodward said. “I don’t want to ever take that away from him. That’s what you want out of a pitcher, man. You want him to want to stay in the game. … I love guys that don’t ever want to get the ball taken out of their hands.”

“If I started the inning, I want to finish it. That’s just the way I’m built,” said Lynn, who signed a three-year, $30 million deal with Texas in December to become the club’s most significant offseason acquisition. “I don’t want anybody else to clean up my mess.”

Lynn’s outing was hardly a mess. He struck out the side in the first inning and accomplished what he set out to do in his first start this spring after pitching in simulated games early on. Lynn was miffed about issuing two walks but pleased with his performance otherwise.

“The stuff was all right, because there wasn’t any hard contact or any balls that were barreled up, that’s for sure,” Lynn said. “I’ll stay there, fine-tune it a little bit more, get ahead and then quicker innings would be nice.”

Woodward said he was impressed with Lynn, who threw close to 50 pitches despite it being his spring debut.

“Nobody hit a ball hard,” Woodward said. “There were some pretty good hitters out there, and they were all behind, every one.”

Ratcheting up the workload now is especially important to Lynn, who was still an unsigned free agent at this point in Spring Training last season. He signed with the Twins on March 12, and the abbreviated spring likely hurt his performance early in the season, he said. Lynn had a dismal first month, with an 8.37 ERA and 23 walks in 23 2/3 innings over five starts.

“It probably didn’t help,” Lynn said. “Spring Training last year, I think I made two starts. You look at April — gave up a lot of runs, a lot of hits and walked a lot of people in April. Hopefully I can do that this March and not in April this year.”

Lynn has pitched for the Cardinals, Twins and Yankees over the past three seasons, going 21-18 with a 4.04 ERA over 343 innings. With the exception of 2016, when he didn’t pitch in the Majors following right elbow surgery, Lynn has proven himself to be a workhorse. He started 188 games total in 2012-15 and 2017-18, an average of 31 per season during his six healthy years. He also averaged 183 innings pitched per season during that period.

“We were looking more at the total body of work in his career,” Woodward said of the decision to sign Lynn. “He’s been a quality pitcher his whole career, a reliable arm, somebody you can count on.”

Professional football is back in the Alamo City.
Round Rock Express Embark on Historic 20th Anniversary Season