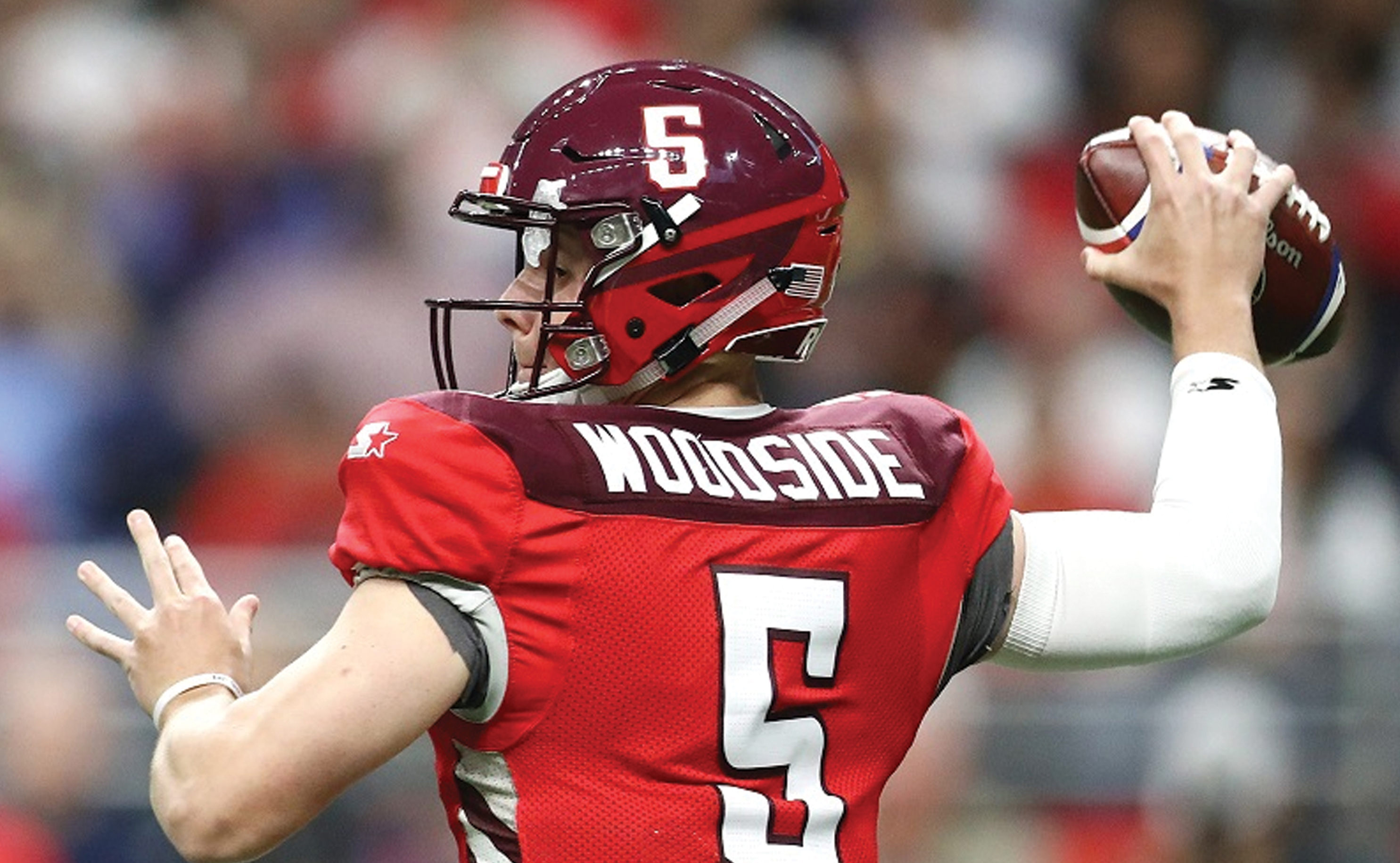 Professional football is back in the Alamo City.

Professional football is back in the Alamo City.

The San Antonio Commanders of the Alliance of American Football have become the toast of the town since opening the season with back-to-back home games at the Alamodome. Attendance has been high and fan support has been rabid for the brand new team, which features several notable names for those familiar with the gridiron history of the Lone Star State.

Homegrown running back Aaron Green, a Madison High School graduate and former TCU Horned Frog, is one of the players who have received a second chance at a pro career with the Commanders. The roster also includes former Longhorns Duke Thomas (CB) and Nick Rose (K).

The general manager is none other than Dallas Cowboys fan favorite Daryl “Moose” Johnston, who added a serious taste of Texas flavor to the roster. In all, 22 Commanders played college football in the Lone Star state.

The team debuted with a 15-9 win over the San Diego Fleet but came crashing down to Earth a week later when former Lake Travis standout Garrett Gilbert threw for nearly 400 yards in a 37-29 comeback win by the Orlando Apollos.

Even more water was thrown on the fire when it was leaked that financial troubles have already begun to pop up for the AAF, which almost missed its opening-week payroll. The league needed an infusion of cash — $250 million, to be exact — from Carolina Hurricanes owner Tom Dundon to stay afloat.

But amid a sea of empty stadiums, San Antonio has averaged nearly 30,000 fans per game and has given the Commanders a true home field advantage.

Of course, it’s not the first time that San Antonio has been used as a test subject for a professional football team.

The city has also had two Arena Football League teams — the San Antonio Force (1992) and the San Antonio Talons, who debuted in 2011 and folded in 2014. In 2005, the Alamodome also hosted the NFL’s New Orleans Saints while they were displaced due to Hurricane Katrina.

The AAF is aiming to provide what the WLAF, which later became NFL Europe, did for the NFL, which is to act as a de facto minor league system. Several Commanders have already opened eyes with their play thus far: RB Kenneth Farrow II, WR Mekale McKay, QB Logan Woodside, DT Winston Craig and LB Shaan Washington.

In fact, it was Washington who went viral for his crushing hit on San Diego Fleet QB Mike Bercovici that sent the signal caller’s helmet flying.

The Commnders’ NFL hopefuls are praying that San Antonio won’t be the last stop of their careers, but for fans, the aspirations are much lower. They just hope the Commanders and the AAF stay around long enough to make a more lasting impression than their predecessors