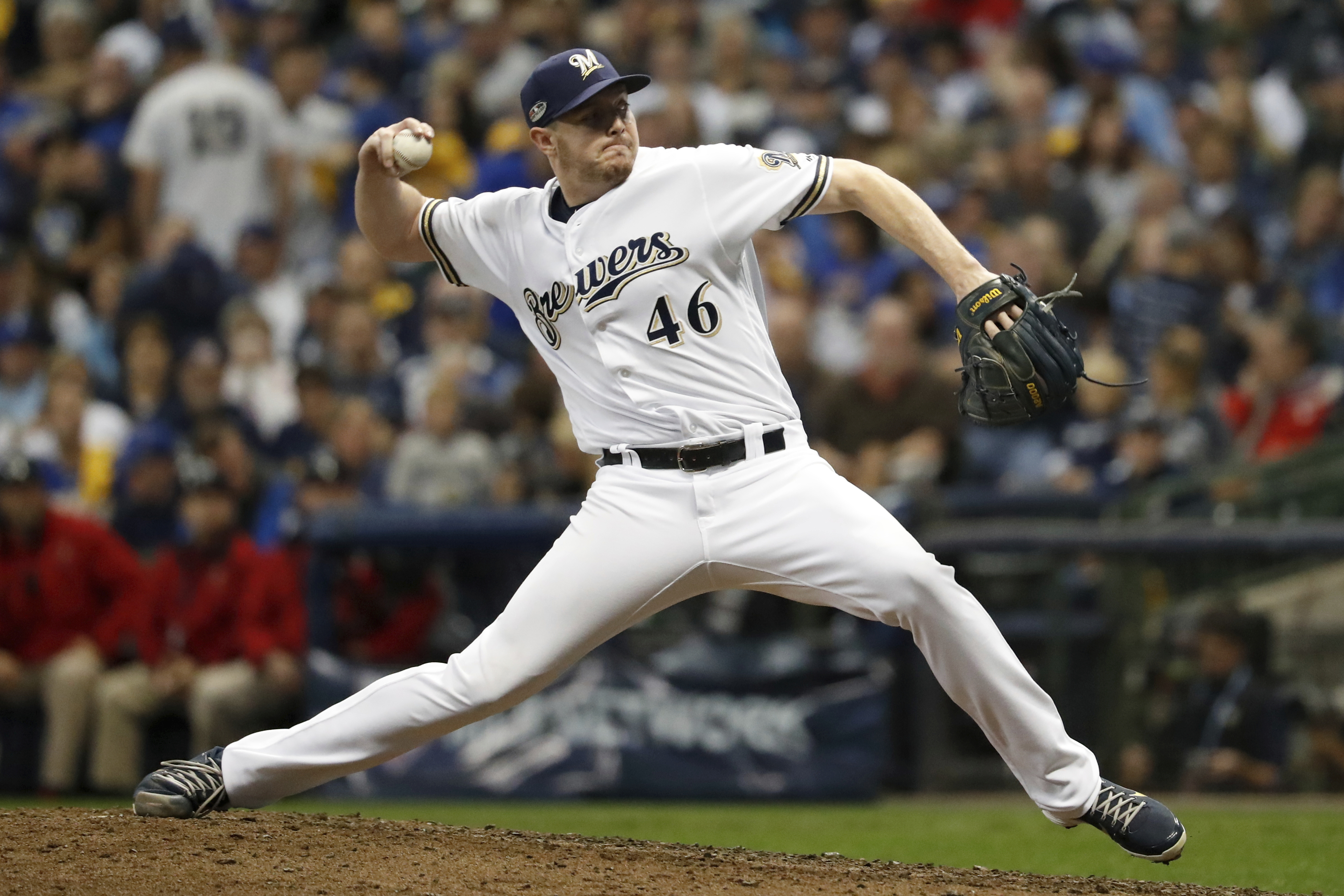 Corey Knebel was somewhere around El Paso, on his way to spring training in Phoenix, when we finally caught up. He had just obliterated a large burger and fries, quite possibly easing the transition from the relative normalcy of the off-season to the demanding, high-stakes, though always thrilling, kickoff to baseball season.

And Knebel, 27, has a lot to be excited about: He was virtually unhittable in the playoffs last October, posting a .90 ERA and 14 strikeouts in 10 innings; this after he struggled to pitch at his best for much of the 2018 season following an April hamstring injury.

Although the didn’t quite match the same regular-season impact he had as an All-Star in 2017, in which he had a 1.78 ERA, 126 strikeouts and 39 saves in 45 opportunities, Knebel’s performance in the 2018 playoffs proved him to be one of most dominating closers in all of Major League Baseball. With help from his lights-out pitching, the Brewers made it to game seven of the National League Championship Series before the team lost to the Dodgers, just a game shy from competing in the World Series.

“To be honest, the comfort factor for me is ending the season like that. That was definitely the highlight of my career. I wanted to pitch in every game, and of course I couldn’t,” because he had a scheduled rest day, he said. “Now I’m able to move forward into this next season and start off strong just like I ended.”

The 39th overall pick in the Major League Baseball 2013 draft by the Detroit Tigers, Knebel this January signed a one-year, $5.125 million contract extension with the Brewers, beginning his fifth season with the organization. When asked if the new contract takes some of the pressure off him to perform, the former UT closer said it doesn’t and that he also doesn’t want it to because “I really feed off the pressure.”

Knebel, a Leander-area resident and a graduate of Georgetown High School, approaches closing out big league games the same way he does with hunting. He starts getting his mind right and focused when he’s sitting up in the hunting blind when things are calm. “You’re excited, but you know you have to calm down or else you’re going to miss your shot,” he said. “Well, that’s exactly how I feel when I’m in the bullpen.”

But it’s big league hitters who more likely have to calm down when he’s called in to ensure a win. Knebel’s the one whose fastball occasionally tops out at 100 MPH, a pitch that makes his wicked breaking ball nearly impossible to hit when it’s placed well.

CREDIT WHERE IT’S DUE AND SAGE ADVICE

Regarding his success in professional baseball, he gives credit to the countless coaches, teammates and family members who have helped guide and encourage him along the way, from his father to Georgetown High School head coach Adam Foster, former UT coach Skip Johnson, who is now head coach of Oklahoma University, and Brewers manager Craig Counsell. “These guys have been all the keys to my success. All have helped me and have been right there to lean on, especially when I went through my tough time last year.”

To his 12-year-old self, he would say, “Honestly, do not give up on your dreams. I never thought I’d be where I am today. It was just a dream that I had when I was younger.” He also discourages youngsters from throwing curve balls. Learn how to get guys out with your fastball and changeup, he said. It’s worked for him.

Astros open camp with bar ‘set incredibly high’
Professional football is back in the Alamo City.