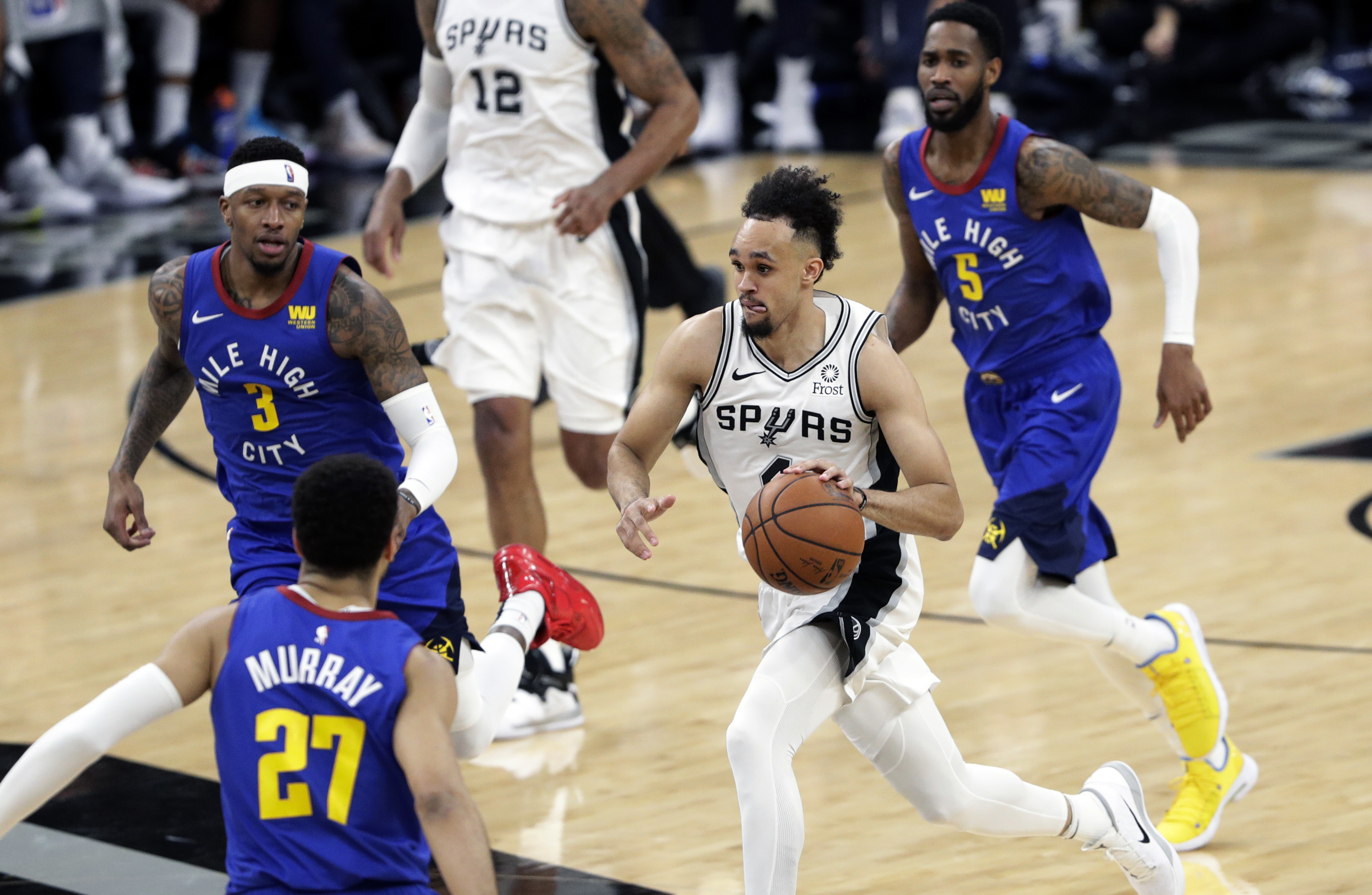 SAN ANTONIO — By now, Derrick White’s status as one of the NBA’s best kept secrets is already in danger.

The rest of the nation is beginning to understand what Spurs fans have realized for much of the 2018-19 season — that the second-year pro from the University of Colorado isn’t just a vital role player for San Antonio. In fact, he may be on the short list for most valuable performers on the entire roster.

However, just four years ago, White’s rise to prominence in the NBA playoffs would’ve seemed too far-fetched for anyone to imagine.

Born in Parker, Colorado — a suburb of Denver — White signed with the University of Colorado-Colorado Springs (UCCS) out of high school as a 6-foot combo guard. Everything changed when he shot up five inches by the time he reached the NCAA Division II school, and he set new program records for most points and assists in a career during his three seasons with UCCS.

White then transferred to the main campus in Boulder and enjoyed a stellar 2016-17 campaign with the Pac 12’s Buffaloes that included first team all-conference honors.

The Spurs, as they’ve done numerous times over the years, identified White’s potential and targeted him with the 29th overall selection of the 2017 NBA Draft. He immediately went to the G League, where he played for the Austin Spurs and quickly earned a reputation as a cool customer and a near-automatic scorer.

White saw some time with San Antonio during his rookie year, but was used sparingly as he made the transition to the NBA game. He was expected to be utilized in a reserve role in his sophomore season, but once again an unforeseen circumstance thrust him into the spotlight from relative obscurity.

This time, White’s big break came in the form of a season-ending injury to another fledging star — Dejounte Murray. When the point guard tore his ACL in the preseason, many Spurs fans wondered aloud who would be able to replace his defensive prowess in addition to running the offense smoothly from the point guard spot.

White was tabbed as the replacement, but his own foot injury sidelined him until early November against the Miami Heat. Once he entered the lineup, San Antonio’s perimeter defense was noticeably better, while its offense ran more efficiently than before.

White suffered an injury to his other foot in February, and some pundits openly wondered if it would derail the Spurs’ playoff hopes. Thankfully, he was back in plenty of time to round into form for San Antonio’s first-round matchup with his hometown Denver Nuggets.

And if Denver fans hadn’t heard of White prior to the series, you can bet they have now.

White scored 16 points on 7-of-10 shooting in San Antonio’s Game 1 win over the Nuggets, but that was nothing compared to his 36-point explosion in Game 3 Thursday at the AT&T Center. That’s right, White set a new career high in a pivotal playoff game, and did so while converting 15 of his 21 total field goals.

“He was obviously spectacular,” Popovich said after Game 3. “I don’t know what else to say.”

His dominance was startling to most, as he did the majority of his damage near the rim and with his mid-range game. White has proven he can shoot the 3 as well, but his versatility is what separates him from other young players at similar stages of development.

Denver has vowed to make it their mission to stop White in Game 4, which is likely the first time the youngster has been a focal point of an NBA opponent’s game plan. It will definitely be interesting to watch White react following his best game as a pro, especially in what amounts to a must-win scenario for the Nuggets.