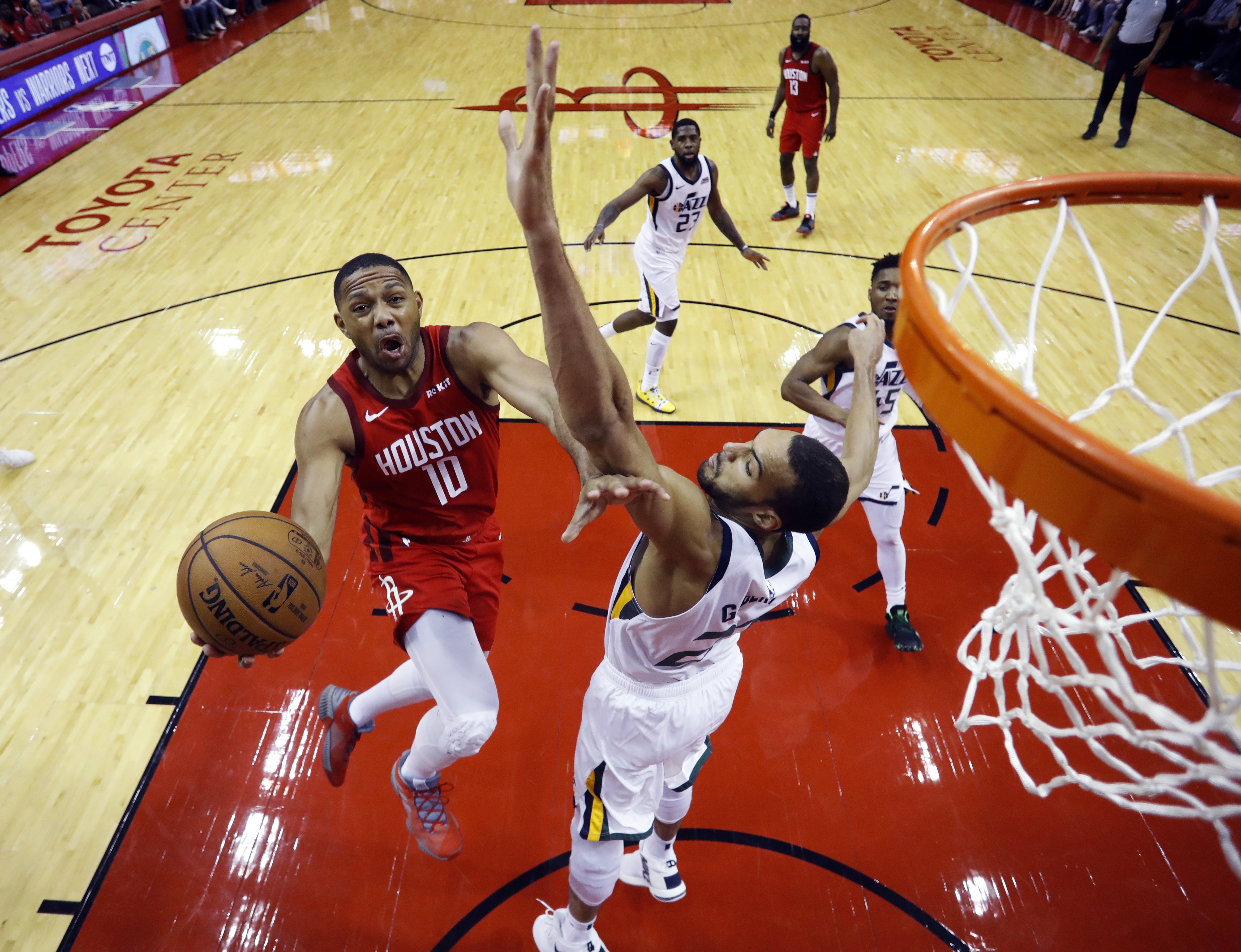 Rockets knock off Jazz move to 2nd Round.

Rockets knock off Jazz move to 2nd Round.

Houston – The Rockets played tight defense in a huge win over a tough Jazz team Wednesday night as the 100 to 93 victory advances the team into the next round of the NBA Playoffs.

A great moral win as well since the Warriors were out hustled and out hooped at home Wednesday against a gritty LA Clippers team who were facing elimination. The longer those two keep battling to see who takes on the awaiting Rockets the more rest Houston will get. The Clippers host the Warriors on Friday in LA for game 6 .

The Rockets will now advance to the Western Conference Semifinals for the third straight season. “These last few games, we hung our hat on defense and that’s what gonna get us to our goal,” said point guard James Harden.

The Rockets’ came up 1 game short in last years goal is to win an NBA championship when Chris Paul injured his hamstring in game 6 of the 2018 Western Conference finals. With a renewed since of pride and goal of getting back to the Finals the Rockets like their chances.

Although Houston is still waiting on its second-round opponent following Los Angeles’ victory in Wednesday’s Game 5, the Rockets will reportedly fly to the Bay Area on Friday in anticipation of a Sunday matchup with the Warriors reported the Houston Chronicle. Clint Capela says he wants to play Warriors in the next round even though Chris Paul

Capela: “That’s what I want. I want to face them.” Speaking about the Warriors. Paul to Capela: “Aw, man. You’re going to be all over Bleacher Report. It’s cool, though. It is what it is.”

Paul to a reporter: “Look at you. You can’t wait to tweet that.”