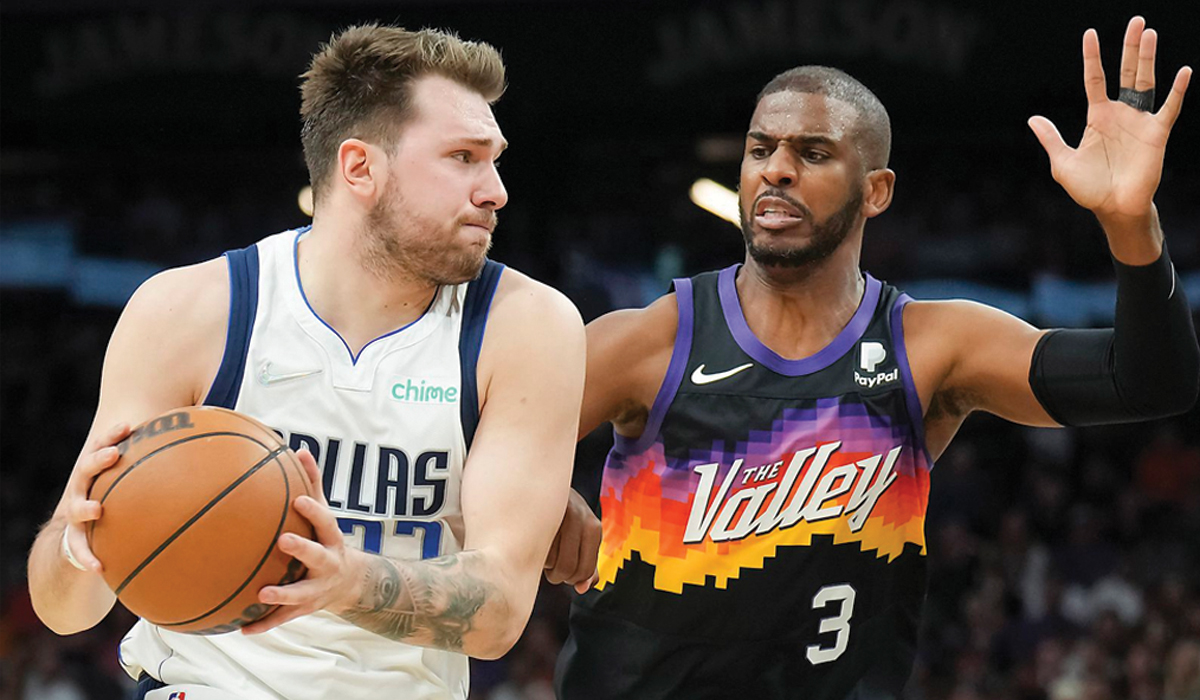 Mavs Fall Into 0-2 Hole With Blowout Loss to Top-Seeded Suns in Phoenix last night. Chris Paul went berserk in the 4th Qtr as the 37 year old veteran made the case for MVP in the house of the rising suns. CP3 scored 28 points, including 14 in a memorable fourth quarter performance, to lead the Suns over the Mavericks 129-109 on Wednesday for a solid 2-0 lead in the Western Conference semis. The “W” marks the Suns’ 11th straight win against the Mavericks going back to the regular-season games.

The game was pretty close until the end of the 3rd when the Mavs hit a dry spell shooting. The Suns took an 89-83 lead going into the 4th quarter when it looked like a dog-fight was coming. Then Chris Paul happened! Scoring 14 points in the 4th hitting six baskets in a row on everything from layups to 3-pointers to mid-range jumpers in the paint as well as getting the line several times.

The Mavericks will be desperate for a win in Game 3 on Friday.