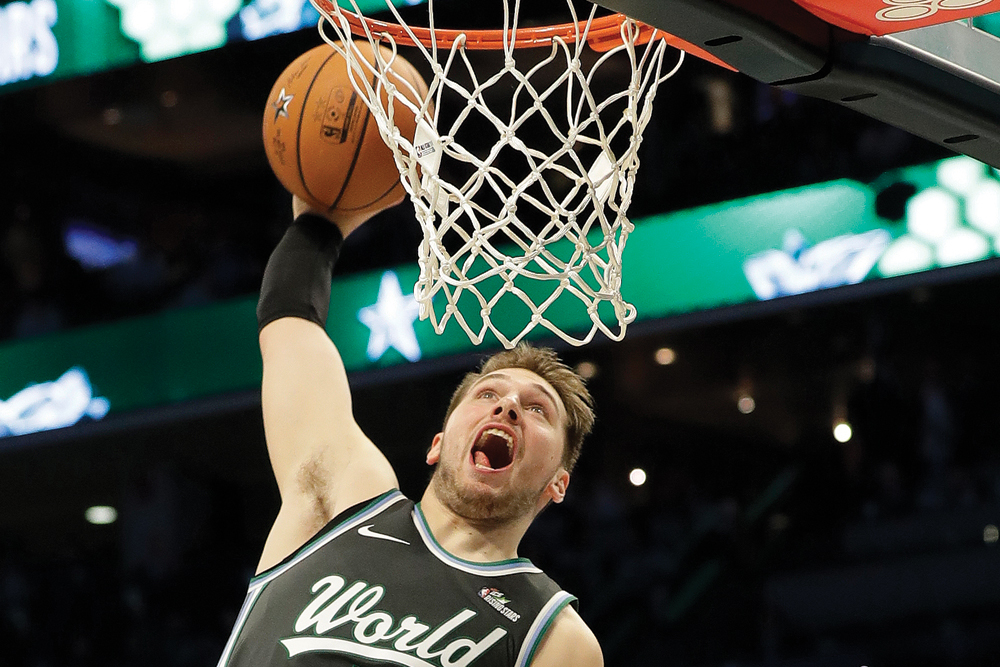 2000, In Slovenia, there was a baby that picked up a basketball, not knowing it will always stay with him to this present day. Luka Doncic, next Super Star of the NBA, has established a dominance at the youthful age of 20 before he can even legally purchase a beer. A lethal step back that can rival Houston Rockets’ own, gutsy finishes, and crafty ball fakes; Doncic has the ability to take over games.

Where has this come from? In a sit-down interview there was a player who explained he would play against older players who were bigger, faster, and stronger. He was one of the NBA’s most dominant players who’s ever played the game, Shaq. Where does this even tie in with Luka?

While at 8 years old he began playing with the older players, his Dad played professionally in Europe who was provided the best trainers available for Luka. It was meant to be,  the journey began.

As a teenager, Real Madrid took him in, a basketball organization that develops younger players. This eventually prepared him to be able to jump to the pro’s as a sixteen year old in Europe. While playing against grown men, he made a name for himself competing with guys in their twenties and even thirties. His competitiveness grew til he was on the NBA’s radar.

The Mav’s traded for Luka Doncic at the age of eighteen and the rest is history and history is about to be made.

The legend begins in his rookie year a year ago, he already achieved 4 triple doubles and beat Michael Jordan’s record of consecutive 20-5-5 games . Let’s not forget he’s a teenager providing this for all to see. The Dallas Mavericks were waiting for the heir apparent to future Hall of Famer Dirk Dowitzki and they finally got him. With each game he creates and finished better than the last.

This season Luka Doncic elevated his game to another level. Almost averaging a triple double while averaging a little over twenty nine points per game, Luca has steadily kept the Mavs in the mix of the playoff race heading into All-Star Weekend. As a underrated number two, New York Knicks, castaway Kristaps Porzingis he has contributed respectfully almost producing double double numbers. The Unicorn puts up seventeen points a game and understands the fact this is not his team like it was in New York is a very selfless. A great team player and will continue to grow at just twenty-four years old. The Knicks who will regret it when it’s all said and done might have given the Mav’s a contender for years to come.

The Mavericks made the right move in placing their franchise on the shoulders of a twenty year old as crazy as that sounds. Give the kid five years and we might be talking Conference finals appearances or even NBA Finals. The L.A. teams will get in his way, but don’t count out the Rockets and the Warriors are still in play once Klay Thompson and Steph Curry return from injury. Golden State will have a lottery pick and they can pick the best player available if they want to in the next draft.

Dallas is still building its young roster for the future, but as of right now they are maybe one player away from taking their team to contending status. This year is respectful but adding another starting like player will move the pendulum towards greatness. The torch has been passed in Dallas can Luca keep the torch lit guiding this franchise into history?