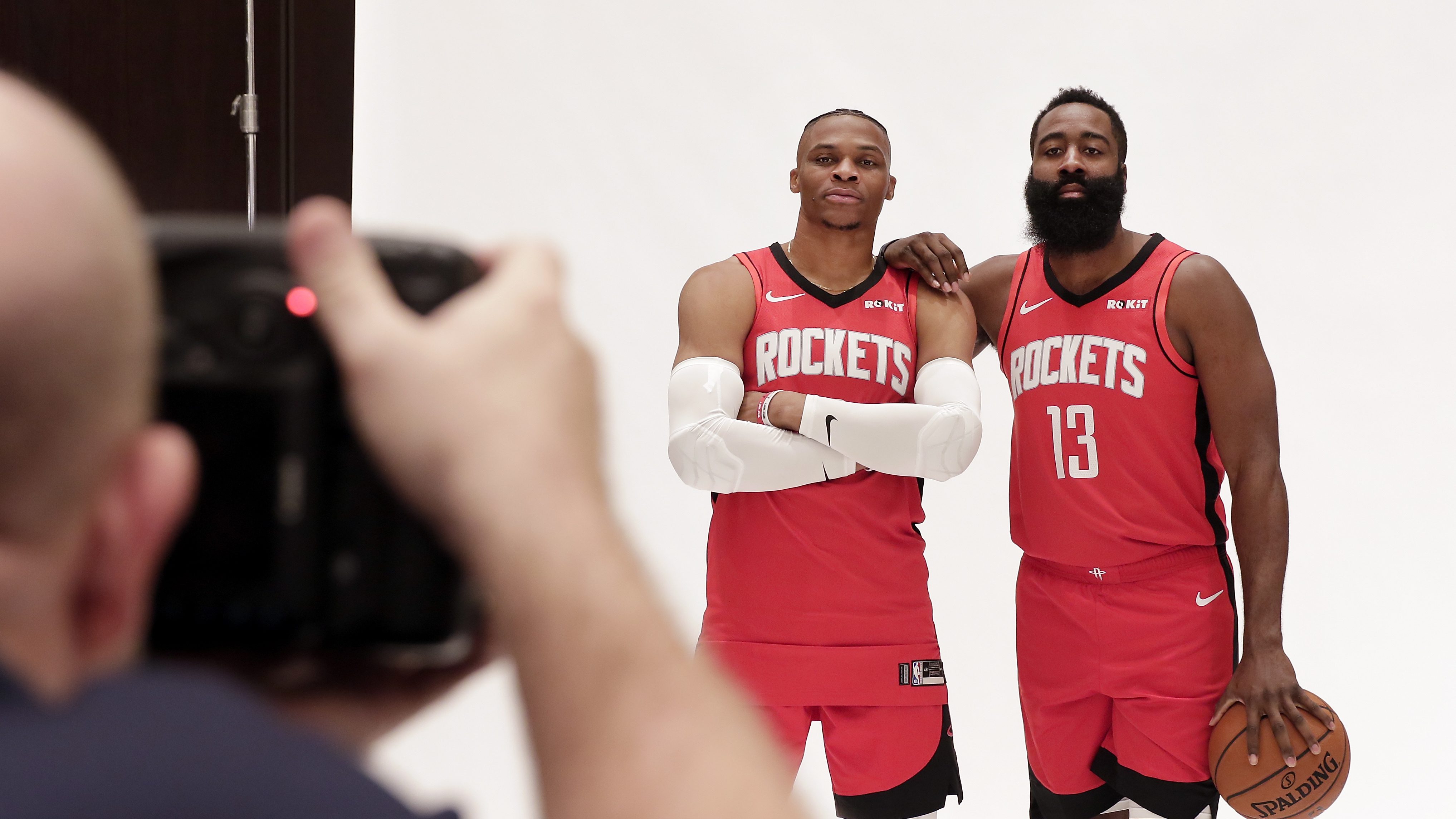 As the calendar turns toward October, a new NBA season lies on the horizon.

The landscape of the entire league has shifted thanks to Kawhi Leonard’s departure from Toronto and subsequent arrival in Los Angeles with Paul George. Of course, that’s not the only shakeup that has basketball fans patiently awaiting the arrival of the 2019-20 campaign.

The three Texas teams all look loaded for a run at the playoffs — and perhaps even more. Here’s a quick look at all three, beginning with the biggest burning question for each Western Conference Southwest Division squad.

Can James Harden and Russell Westbrook really coexist in the backcourt?

This will be one of the most interesting sagas of the entire season. But if the duo can find a way to merge their strengths and properly share the lone basketball on the floor, then this could be the year that Houston finally earns a berth in The Finals come next June.

Houston still has plenty of firepower alongside the tandem, as SG Eric Gordon, SF P.J. Tucker and PF/C Clint Capela are expected to round out the starting five. The Rockets also made an under-the-radar move this offseason by bringing back 3-point marksman Ryan Anderson following a subpar year in Phoenix.

The young point guard out of the University of Washington developed into a Third Team All-NBA defender in a short amount of time before suffering a torn ACL during last year’s preseason. Derrick White stepped up in a big way to fill the PG role, and a potential Murray-White combo has Spurs fans salivating.

Shooting guard DeMar DeRozan returns for his second season in San Antonio, and former Longhorn LaMarcus Aldridge is also back in the starting five, as is veteran small forward Rudy Gay. Guard Bryn Forbes could take on a starting role until Gregg Popovich gets his rotation worked out.

Spurs fans also can’t wait to see second-year pro Lonnie Walker get some minutes after he lost a large portion of his rookie season to a torn meniscus.

Can Kristaps Porzingis realize his potential?

The “Unicorn” had his moments in New York prior to a torn ACL and is now in Dallas alongside the 2018-19 Rookie of the Year — point guard Luka Doncic. The Mavericks were thrilled when Doncic fell to them in the 2018 draft and he had an incredible debut season, averaging 21.2 points, 7.8 rebounds and 6.0 assists per game. Adding Porzingis to the mix is a scary proposition for the future.

Dallas is expected to also start PF/C Dwight Powell, SG Delon Wright and SF Justin Jackson. Expect the Mavericks to continue to search for a third star to pair with Doncic and Porzingis.  Just send the bill to Mark Cuban. He can afford it.