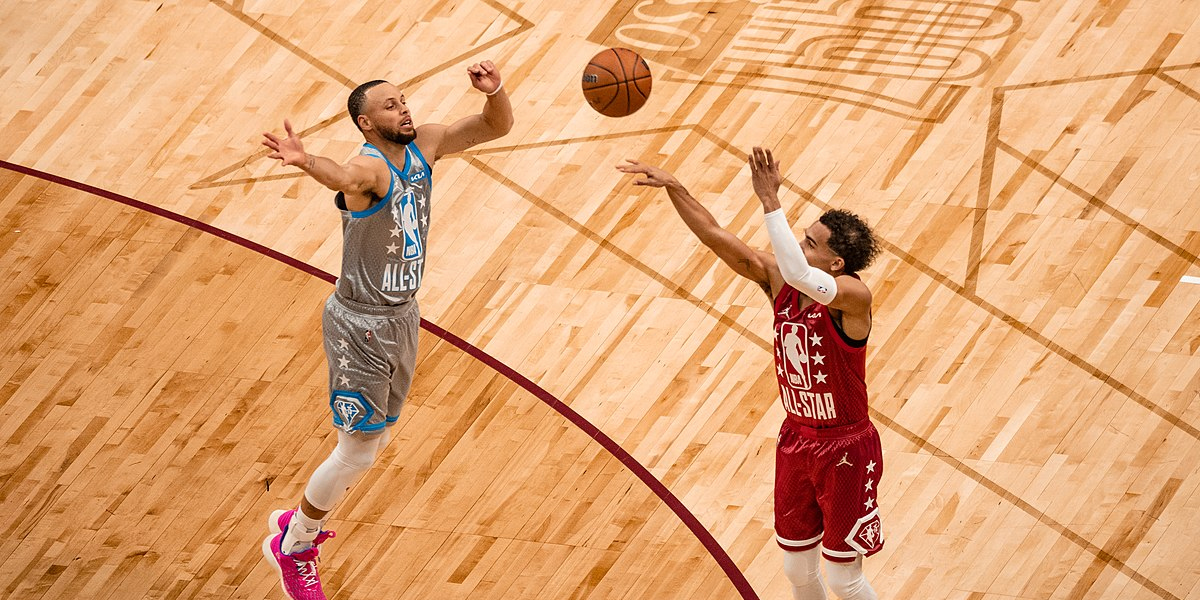 Believe it or not, there was a time in the NBA when teams were built from the inside-out.And it actually wasn’t that long ago.But ever since the Golden State Warriors’ super team comprised of Steph Curry, Klay Thompson and Kevin Durant proved that fast-paced offense and focusing on the 3-point shot can lead to NBA glory, the league has undergone a shift in philosophy that has seen teams hoist up more attempts from downtown that ever before.

Even Gregg Popovich and the Spurs — who are known for two of the greatest big men in the history of the league in David Robinson and Tim Duncan — have adapted their style in recent years.A big assist in the current 3-point trend are the rules changes that allow less physicality on the defensive end of the floor. Defenders often have to give their opponent more space in order to avoid a quick pull-up or lethal pump-fake that could lead to easy points from the free-throw line.

Analytics have also shown that a more up-tempo, free-flowing game allows offenses to pile on points in record numbers through the efficiency of not turning down open 3s. As teams began to embrace the 3-point shot, they began to utilize more of the floor through wider spacing rather than packing players into the paint.Thus, the era of the long-range bomber was born.

Now, that’s not to say that big men have been rendered obsolete. Instead, they’re asked to expand their games, as back-to-back MVP Nikola Jokic and 76ers superstar center Joel Embiid are both known for their ability to knock down deep perimeter jumpers in addition to their rebounding and passing skills.The current NBA Finals matchup shows just how much the league has changed since Duncan and Shaq ruled the paint in the Western Conference.

Neither Golden State or Boston has an active top-tier center or power forward, as the Warriors’ James Wiseman is still recovering from a knee injury. The Celtics’ top big has been Al Horford, but he’s made his name from beyond the arc with clutch 3-point shots that have helped propel a young Boston roster to the brink of a world championship.Both teams, however, are loaded with wing talent. Curry, Thompson and Jordan Poole do most of the damage for the Warriors, while Jayson Tatum, Jaylen Brown, Marcus Smart and Derrick White are the players that not only get their teammates involved, but also create their own looks off the dribble.

That type of wing-heavy attack seems to be the blueprint for most teams looking to build from the ground up these days — and the 3-point revolution likely won’t change anytime soon. Since the NBA added the 3-point shot back in the 1979-80 season, the number of attempts have reached an all-time high, and since the 1997-98 season — Duncan’s rookie year — the number of 3-point field goal attempts has been on a steady rise. During the 1979-80 season, teams averaged only 2.9 3-point shots per game. By 2017-18, that number had ballooned to 29 attempts per contest.

This past season saw teams average 35 3s per game — the highest in league history. With young players like Luka Doncic, Trae Young, Anthony Edwards and Donovan Mitchell vying for Curry’s crown as the top marksman in the league, expect even more 3s in the coming seasons.