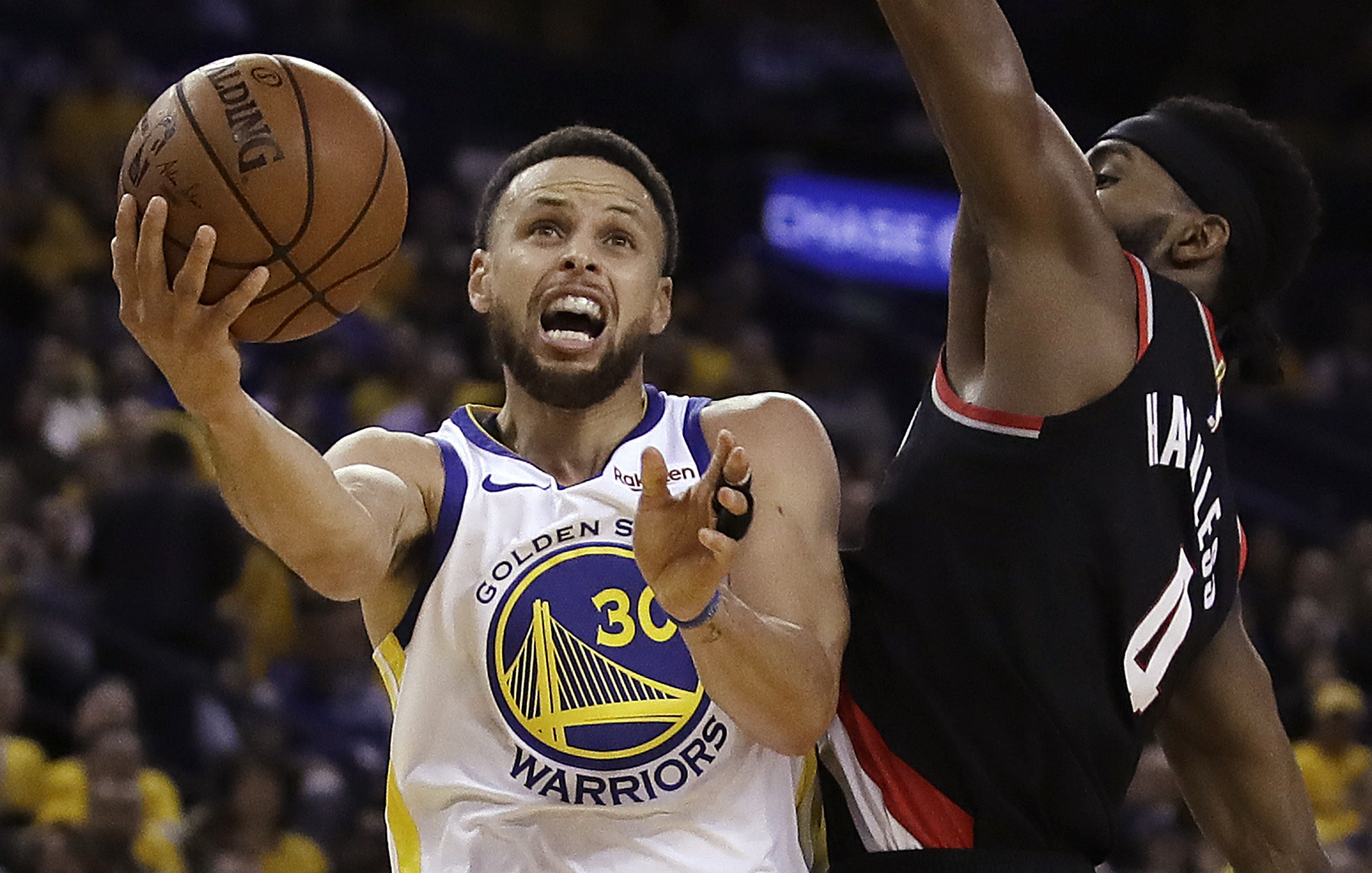 Golden State Warriors’ Stephen Curry, left, lays up a shot past Portland Trail Blazers’ Maurice Harkless during the first half of Game 1 of the NBA basketball playoffs Western Conference finals Tuesday, May 14, 2019, in Oakland, Calif.

Can anyone beat the Warriors? Can anyone stop this team? If my beloved Rockets couldn’t de-thrown them without KD at home in a “must win” game then I don’t know who can.

Portland may have narrowly defeated the Nuggets in 7 in the 2nd round of the NBA playoffs, but this is the Western Conference finals and now they are playing the reigning champions. Something only LeBron James could do with a healthy young Kyrie Irving in 7 games against a Warriors team with no Kevin Durant.

Stephen Curry hit nine three-pointers for 36 points as the No. 1 seed Golden State Warriors defeated the No. 3 Portland Trail Blazers 116-94 in Game 1 of the NBA Western Conference Finals on Tuesday.

Damian Lillard scored 19 points for the visitors, who are down 1-0 in the best-of-seven series. CJ McCollum, Moe Harkless and Rodney Hood each scored 17. This series will likely go 5 games with the Warriors winning 4-1.