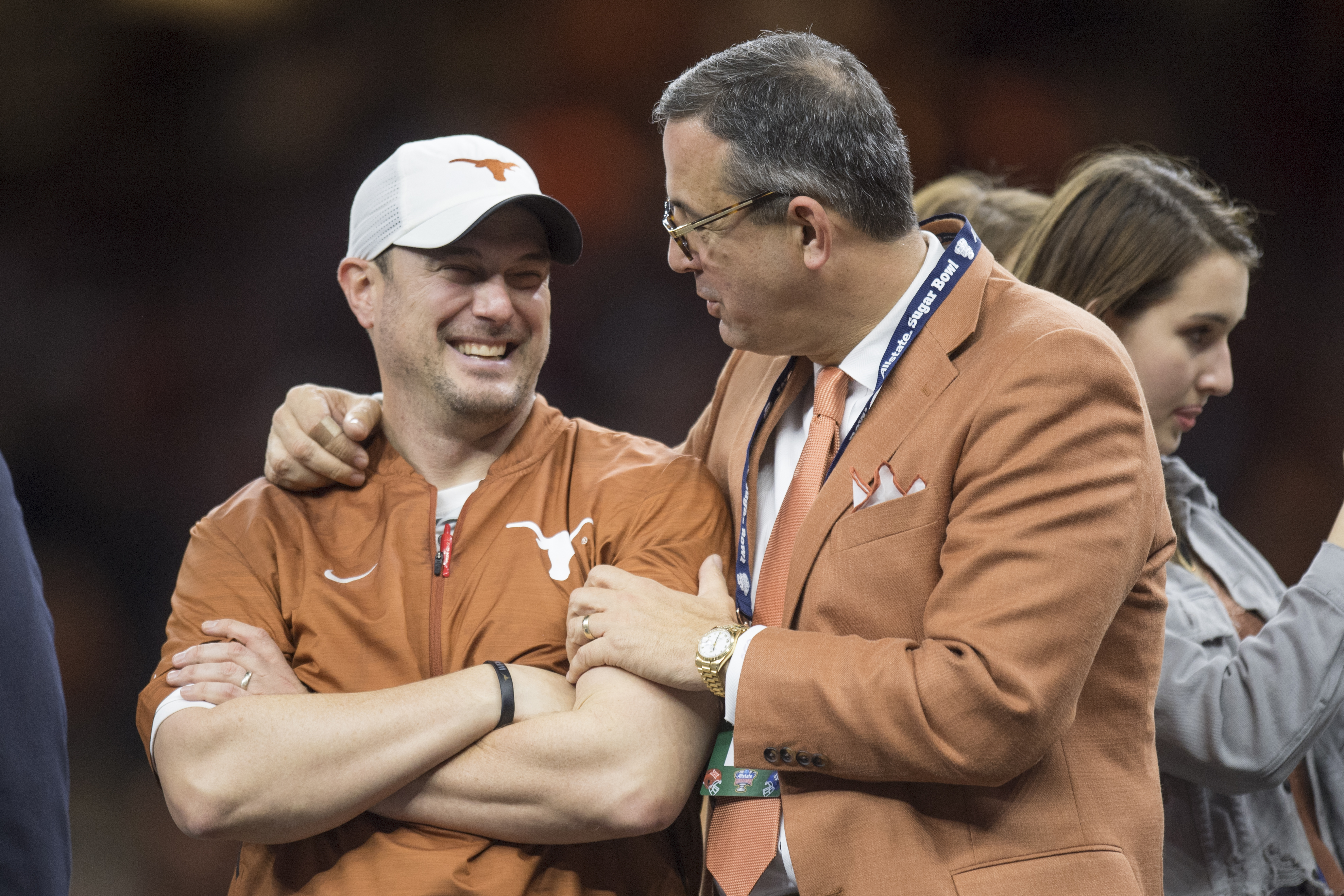 Many fans and media were really impressed with the overachieving season the Texas Longhorns had to finish the year, especially with the forever impressive win to beat the fifth ranked Georgia Bulldogs who might have been snubbed from the National Playoff.

A great win to finish the season will intensify the expectations for the 2019 season. And just like every season players come and go. Playmakers jump to the NFL a la Lil’Jordan Humphrey or finish out their eligibility; Gary Johnson, Breckyn Hager, Kris Boyd, and Charles Omenihu come to mind.

What does this mean for the starting offense and defense? The defense will take a big hit losing a majority of their starting first team and a lot of experience. Luckily after receiving draft stock analysis Junior Safety Brandon Jones has decided to return for his final season to graduate. Teaming up with Freshman stud safety Caden Sterns definitely eases some fans minds heading into the offseason. The secondary will need to find cornerback replacements from Devonte Davis and Kris Boyd who has NFL quality talent to compete at the next level. Freshman corners Anthony Cook and Kobe Boyce played extensively in the Oklahoma State game when Davis and Boyd were suspended for the first half. The freshmen were exposed early causing the Horns to play catch up the rest of the game before losing. They will have a full off season and will compete to earn the starting left and right cornerback positions.

Colin Johnson will return to the field to give Sam Ehlinger a big target who will team up with Devin Duvernay next year. The offense should continue where they left off as Keaontay Ingram will run full time from splitting time with Tre Watson this past year. Fans will see if he has the ability to elevate his game in 2019 judging from this season he will be more than capable.

Tom Herman in year two successfully recruited another top ten class to spring board them into the offseason in December grabbing twelve elite prospects from the top 300 athletes.  Three starting offensive lineman will move on from the team leaving multiple spots on the line up for grabs. Tyler Johnson a four star offensive tackle ranked 37th nationally signed in the early signing period and will be enrolled early in January. He will compete with redshirt freshman Junior Angilau another top 300 prospect from their previous third ranked class for one of the tackle jobs.

Gary Johnson was the leading tackler will be missed for the Horns who leaves a huge void in the middle of the of the front seven. De’Gabriel Floyd an All American linebacker who played his senior season at Westlake provides fire power to a lot of question marks that need answers. He will bring toughness to the position to help stop the run in the Big 12 as he too is also an early enrolled player.

Herman signed talented receiver in Jordan Whittington from Cuero, Texas who can play all three phases of the game. He took over the state championship game and was the MVP on both the defense and offense sides of the ball. He will enroll early in January to show the coaches his playmaking ability to be used in September.

There were many players that were able to benefit from the 4 game rule that allowed players to qualify for a red shirt season. The depth on the Texas team is very deep which adds the idea the talent that Texas has been able to rack up has greatly improved. Ayodele Adeoye played in four games and will likely take over one of the linebackers jobs vacated from Wheeler and Johnson. Pairing him with Floyd will give them a nasty duo. And last season Texas brought in its third ranked class and many players were able to red-shirt the season. Herman has brought in the talent and has shown he can coach them up to the Texas standard. Sam Ehlinger has weapons to take this offense to the playoff where fans think back of Colt McCoy and Vince Young. It’s been ten years since the Horns has been in the national title game will next year have this team in the hunt? September can come back fast enough.