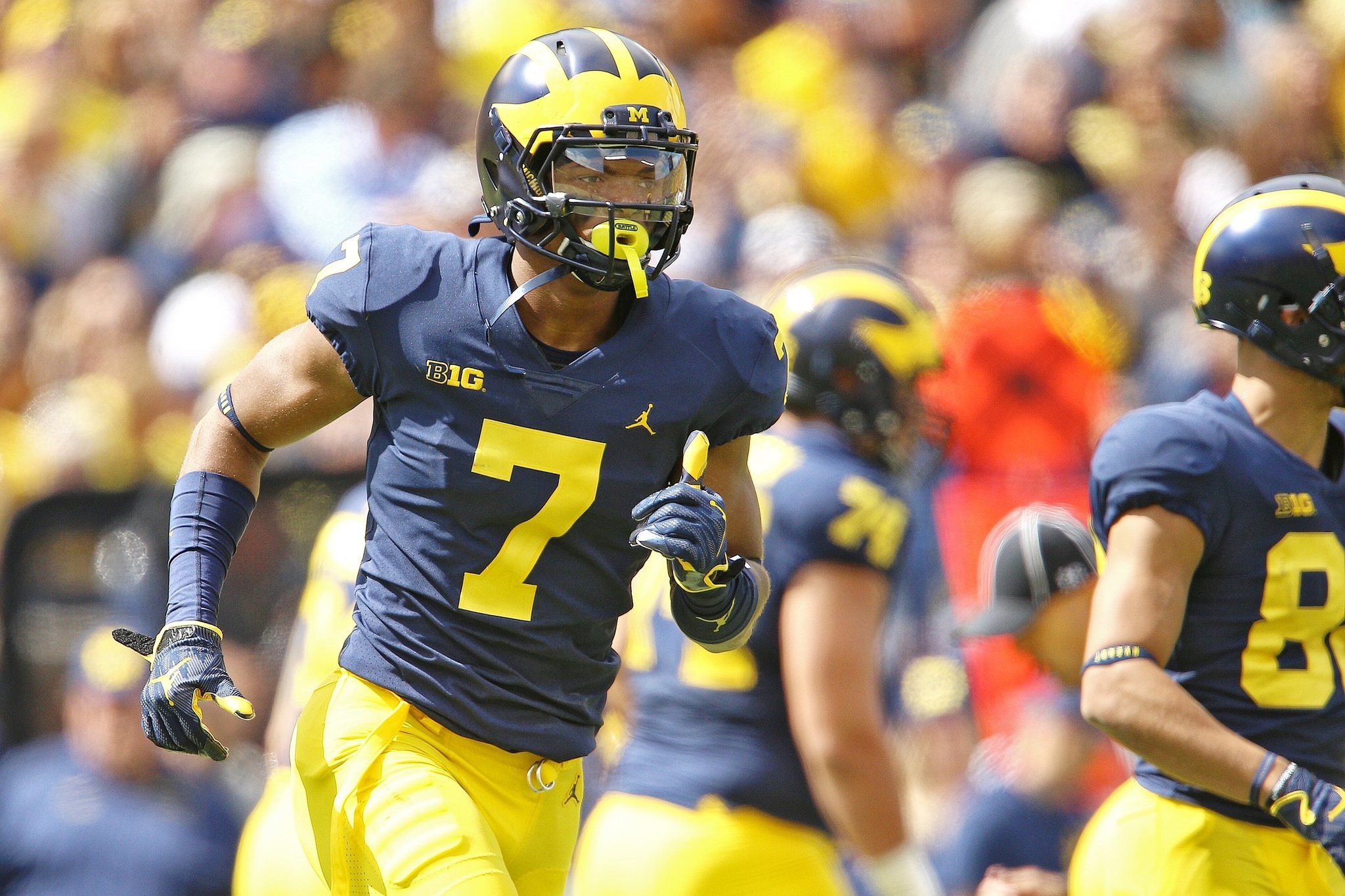 Michigan Wolverine wide receiver Tarik Black stated this week on his Instagram that he is transferring to Texas for the fall. The former Wolverine made the decision to move on from Ann Arbor following a three-year career as a Wolverine.

A former four-star recruit out of Ceshire (CT) Cheshire Academy, Black was a part of Jim Harbaugh’s 2017 class at Michigan. The former U.S. Army All-American chose Michigan over offers from Alabama, Auburn, Georgia, Miami, Mississippi State and several others. The wide receiver room in Austin was stacked over the last few years, but departures from Lil’Jordan Humphrey and 2020 draftees Collin Johnson and Devin Duvernay left Texas young at the position.

Texas typically used big-bodied wide receivers like Black at the “X” position where their size provides a chain moving target for the quarterback on the outside. Collin Johnson served in that role for years in this offense, and Brennan Eagles has spent some time lined up there as well. It’s unclear how Texas offensive coordinator Mike Yurcich plans to use Black moving forward, but his presence as a veteran wide receiver should help to elevate a talented but young wide receiver room.