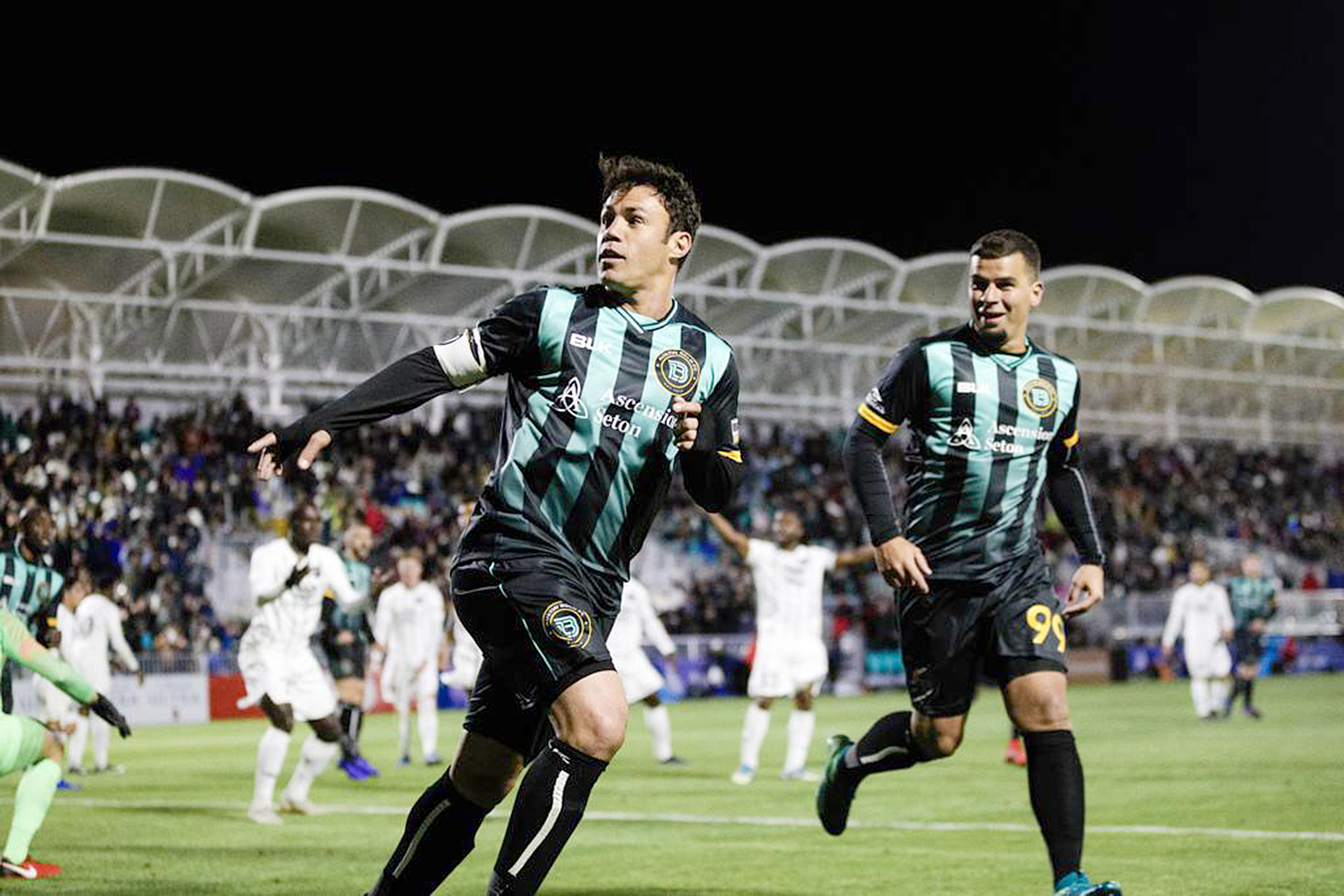 AUSTIN — Professional soccer arrived in the city of Austin with all the necessary pieces in place to make the sport a smashing success.

The United Soccer League’s newest expansion franchise — Austin Bold FC — began this season with a beautiful 5,000-plus seat stadium built at the Circuit of the Americas (COTA) and even had an instant rivalry ready to go with nearby San Antonio FC.

Austin also opened its inaugural season with plenty of rabid fans, which witnessed the first win in club history in Bold FC’s sold-out home opener against San Antonio on March 30. The lone goal of the 1-0 triumph was scored by Kleber off an assist by defender Sean McFarlane.

Just like that, Austin Bold claimed the opening leg of the Central Texas Derby — a series between Austin and San Antonio that will continue throughout the season. In addition to that prize, the Copa Tejas will be up for grabs for the top USL team in the Lone Star State — a field that also includes both El Paso Locomotive and Rio Grande Valley FC.

Austin Bold head coach Marcelo Serrano has already said he enjoys having such emotionally-charged matches on the schedule.

“When you have a derby [rivalry] situation, one team doesn’t live without the other,” Serrano said. “It’s like a brotherhood because one team pushes the other to become the best.”

Serrano has assembled a diverse roster of international players that includes Brazilian forward Kleber, who tallied the first goal in franchise history in a 2-1 loss on the road to Reno 1868 FC.

Also present is team captain and midfielder Dario Conca, an Argentinian who was named Footballer of the Year in the Brazilian first division in 2010 and Chinese Super League in 2013.

In all, Austin Bold’s initial roster features players of 14 different nationalities, many of which have worldwide pedigrees. Austin’s recent performance has drawn praise from around the USL, including from San Antonio FC head coach Darren Powell.

“They have an extremely talented group of players,” Powell said. “Several have played at a very high level.”

Bobby Epstein, who owns Austin Bold and COTA, was thrilled to see his team capture a victory over San Antonio in its very first home match, which was also the first professional soccer match played in Austin since the Aztex folded three years ago.

Serrano said it was a fitting start to an I-35 rivalry that will hopefully last for years to come.

“You can see that they made our victory very hard,” Serrano said. “They came for a derby game — they didn’t give us any options.”

The USL is directly below Major League Soccer in the United States and is a 36-team league divided equally into two conferences. SAFC and Austin Bold are both in the Western Conference alongside the other two Texas teams.

All USL clubs play a 34-game regular season schedule, both home and away against the other 17 teams in their conference, stretching from March to October. Playoffs follow for the 10 teams from each conference that qualify, with the USL Championship match taking place sometime between Nov. 10-14.