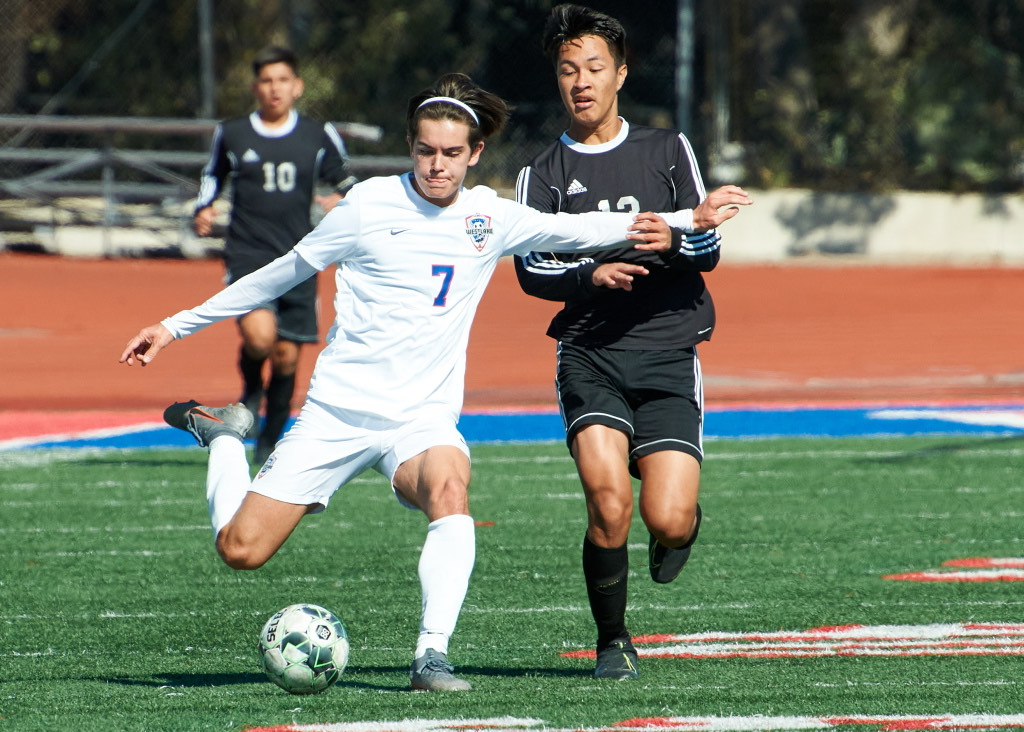 TSM: Welcome to Texas Sports Monthly coach. At about the halfway mark through the season coach, how do you feel about this team so far as you get settled into district play?

Coach Baker: We knew coming in, with the experience that we had returning, this group had the potential to be pretty special. We have had some early season injury issues to our seniors, but we have used that opportunity to establish some depth, and the boys have really risen to the challenge. I really like what we have as a group, and I think, as long as we continue to work and improve, game by game, we have a real chance at something big.

TSM: Things are looking good as you’ve posted a 10-1-2 record thus far. Talk about your offense coach i see Zack Burd nailed that kick in the Lake Travis game the other day. This team has shown some grit thus far would you agree?

Coach Baker: It is one of the things that we preach here, being able to meet adversity head on and overcome it. We want to be aggressive and attack, but we also have to be able to respond when things aren’t going our way. A lot of teams would have folded after going behind to a team with such a tremendous defense; I thought we improved significantly after they scored and we responded right away, and probably could have added another at the end.

TSM: Lake Travis coach David Bammel will likely get in the playoffs, they played you pretty close in that tie game holding your guys to just that one goal in the 1-1 tie. Soccer may not get the accalades that football does by most media around town but district rival is still a rival. What did you think of that Cavs team yall just played in late January?

Coach Baker: They are a perennial playoff team and have had their fair share of success recently in the form of District Championships and playoff runs. I have a tremendous amount of respect for Coach Bammel and the program he has developed. They are always well organized and difficult to get through, and they always seem to have playmakers that can create that something special offensively. Rivalry games are always tight affairs, and our game certainly lived up to the billing. We are looking forward to heading to their place in February and trying to take the season series.

TSM: What players stand out as your top offensive guys? And what 2 or three are you best defenders?

Coach Baker: We have a lot of fantastic attacking players, any of which are capable of finding the back of the net. Right now, our leading goal scorers are Junior David Leadbetter, who generally gets the most attention from opposing defenses, and Sophomore Raghav Sharma, who has stepped into our striker role perfectly and helps spearhead our attack. Junior Ty Jarrett has also been phenomenal this year, and is undoubtedly our most versatile player; he has played almost every position on the field at an extremely high level. Our defense is led by Senior Captain Oscar Nordfjell, who is an absolutely wonderful player, as well as Junior Max Moeser, who has been the biggest revelation with our injury issues in the back. He has come in on a mission and has been a rock for us in the back.

TSM: You have Del Valle coming up coach who also has won 10 games this season and is decent in this district. What will you prepare for in this contest as we close out January?

Coach Baker: Del Valle is always a tough opponent and they have had a great start to their season. The big challenge is that they play a similar style to us, in that they want to control the ball and influence the defense to create space. We have to continue to work on playing as clean a game with the ball as we possibly can. Our talent lies in our control and our passing, so we have to put ourselves in a position to be successful by taking care of the ball. It will be a challenge, certainly, but we are feeling confident in our chances to get the three points.

TSM: Best of Luck with the rest of the season coach as we get in the net with district play. Any final thoughts on the popularity of Soccer in Austin as we are only a year away from
a professional team in 2021?

Coach Baker: Thank you! I’ve been around soccer in Austin for a long time, and this is probably the most soccer crazy the area has ever been. That can only be a good thing for the area and for the young players coming up through the pipeline. We look forward to seeing the product that Austin FC put out on the field to add to what the Bold have been doing the past couple years. It is a really exciting time to be a soccer fan in Austin!

Pro Soccer in Austin
The Brotherhood of Austin FC