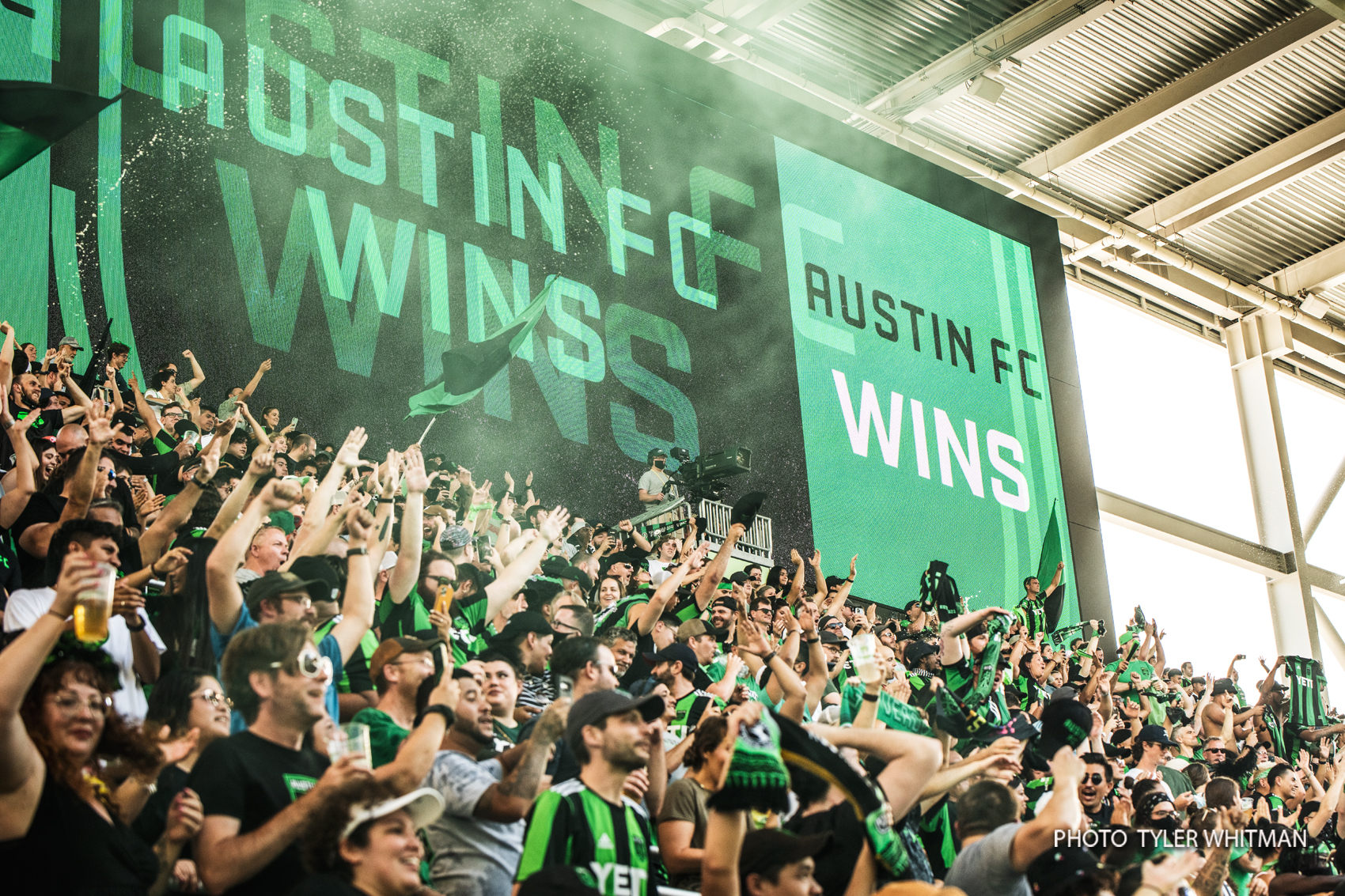 It didn’t take long for Austin FC to establish itself as a legitimate threat within Major League Soccer. Founded in October of 2018, Austin FC’s inaugural 2021 season finished with an overall record of 9-21-4, but the team has surged to fourth place in the Western Conference this year with a mark of 7-4-3 as of Monday, June 6. Thanks to the progress made by Austin FC, head coach Josh Wolff has already had his contract extended through the end of the 2025 campaign. “I’m very grateful to Anthony (Precourt), the Austin FC ownership group and Claudio for their continued faith and confidence,” Wolff said in mid-May. “This is still a young, growing Club but seeing our vision for Austin FC come to life on and off the field has been one of the great honors of my career.

My staff and I will keep working every day to represent the city, and to develop our team both competitively and as human beings. The best is yet to come.”North Austin’s Q2 Stadium has become a rowdy home for the club, which has been embraced by Texas’ Capital City. The venue has also hosted FIFA World Cup qualifying matches, international friendlies and even CONCACAF Gold Cup contests.The leading goal scorer for Austin FC thus far during 2022 is forward Sebastian Driussi. The striker from Buenos Aires, Argentina has put in eight tallies in 14 games played.

Fellow Argentinian forward Maximiliano Urruti has added four goals for Austin FC, while midfielder Diego Fagundez of Uruguay leads the club in assists with seven. Goalkeeper Brad Stuver has started 12 matches for Austin FC and holds a goals against average of 1.35 while sporting a 7-2-3 record. Defenders Julio Cascante, Ruben Gabrielsen, Alexander Ring and Daniel Pereira have helped their keeper with solid work along the back line. Austin FC has an international friendly scheduled for June 11 against Mexican professional squad C.F. Pachuca and will look to bounce back from a 4-1 setback to the LA Galaxy when it resumes its MLS schedule on June 18 in Montreal.

From there, a busy summer continues with MLS matches against Dallas, Houston, Atlanta, New York, San Jose, Kansas City, Colorado, Charlotte and LA. If Austin FC can navigate that tough slate — as well as a brutal Texas summer — then it can perhaps make a push for the MLS Cup Playoffs, which are set to begin in October of 2022.There’s no doubt that it’s an exciting time to be a soccer fan in Austin, where the financial and emotional investments appear to already be paying dividends.