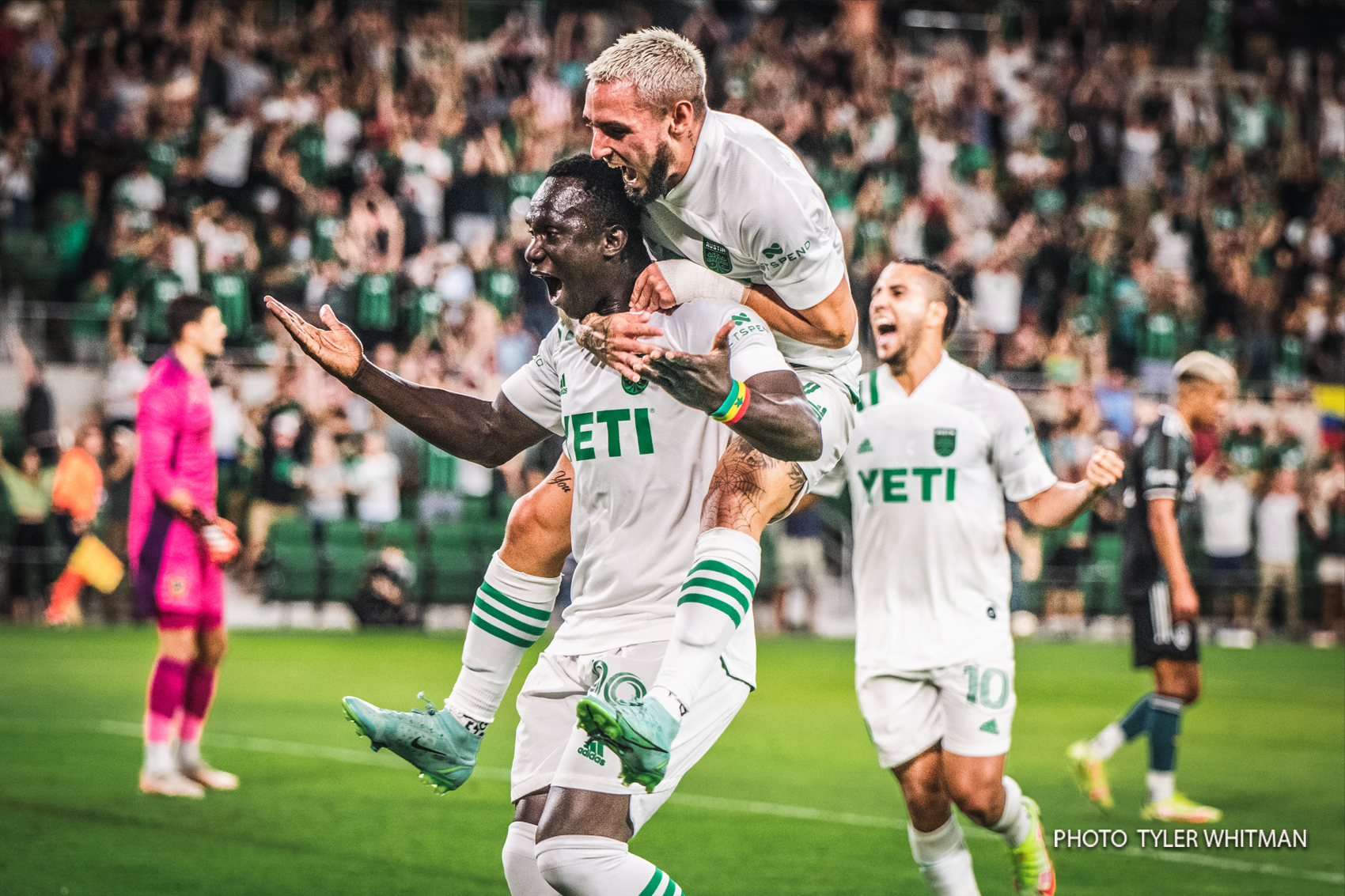 The Brotherhood of Austin FC

The Brotherhood of Austin FC

The inaugural season of Austin’s first major league soccer team, the Austin FC, was met with overwhelming excitement and support. From the building of the $260 millon brand new Q2 stadium to the fifth highest ranked attendance in the MLS with an average of over 20k fans a game, Austin showed it is more than just a college football town.
With the final match of a 34-match season over, the outcome was less than Austin had hoped for. With a record of 9W-4D-21L for the regular season the team and coaching staff have a lot to reevaluate over the off-season, before the start of the new MLS regular season on Feb 26th

2022 (getting an earlier start than the previous year in order to finish before the 2022 Fifa World Cup in Qatar).
The club started with a decent roster and later added a few feathers to it’s cap. Some of the top players include: Sabastián Driussi, a striker from Argentina, who came from the Argentine Primera División and Russian Premier League coming in mid-season with a $2.7 million contract. Cecilia Domínguez, a winger from Paraguay, who played for Sol de América, Cerro Porteño, América and Independiente. Tomás Pochettino a midfielder from Argentina, who played for Boca Juniors and Talleres. Diego Fagúndez, attacking midfielder from Uruguay who came from MLS New England Revolution.

Alexander Ring, a midfielder from Finland, who came from MLS New York City FC. Jared Stroud, a forward from New Jersey, who came from New York Red Bulls II.Austin FC is coached by Josh Wolff. Born in Georgia, the 44 year old is a former player having played on Chicago Fire, Kansas City Wizards, 1860 Munich and D.C. United. Wolff retired and began as an assistant coach for D.C. United in 2012. From there he was an assistant coach for Columbus Crew SC for four years.

Wolff stated at the close of their last home game of the season, “We are a resilient bunch. We lost more games then we should have. We’ve done a great job of building and bringing this organization in to the community and league. We are an expansion team, there is a level of expectation I had with this season. We performed in some areas and certainly under performed in others. Getting better is the priority.”

A key component  to some of these victories and a fan favorite for the Austin FC club is Brad Stuver, a goalkeeper from Ohio, who came from MLS New York City FC. Stuver, who played in 32 matches this season has a total of 137 saves.
In a letter to the fans Stuver writes, “Although results on the field have not been where we’d like them to be, we cannot put into words how grateful we are knowing we have your support. Every time we put on the Austin FC crest, we know that we are playing for all of you. We know that we represent more than just the name on the back of the jersey, we represent the crest displayed on our chest. The same one you wear on yours.

Stuver closed with, “We are a tight-knit group of people who look out for one another, we stand by each other regardless of the circumstances and we rally behind each other in the good times and the bad. We embrace the road ahead knowing that it will not be easy, but we face that challenge with hundreds and thousands of people at our side willing to battle for one another.”

Although this was not a winning season, don’t overlook the impact of the fans, they are huge part of the morality of this team. The Verde fan section is a group of die-hard fans that will see Austin FC through the darkest of times and will celebrate every victory with infectious eruptions of elation.Through every home match this group of people whole heartedly cheer, sing songs, exult and support for the full 90 mins. With painted faces, loud voices and a love of the game these dedicated fans are reason enough to attend a match in person. At the end of home matches the players unite on the field, many of them with their children, to interact with the fans and celebrate this new Verde community.

Head coach Josh Wolff had this to say about the season, “Our last game at Q2 and I am extremely proud of our players. Really proud of this organization, obviously it has been an exciting, long year. We did not get the results we wanted at home, but our fans, support and community have been behind us from the outset. It’s been incredible to see that, it’s been incredible to fuel that and to be a part of this organization. Nothing but love for our supporter section, they are the heartbeat of this team.”

We have so much to be proud of with this club, but it starts with our fans and community.
We are going to get better. We are going to add players. We are already a competitive team. We have to get more consistent and more ruthless and those things will be welcomed in 2022.”