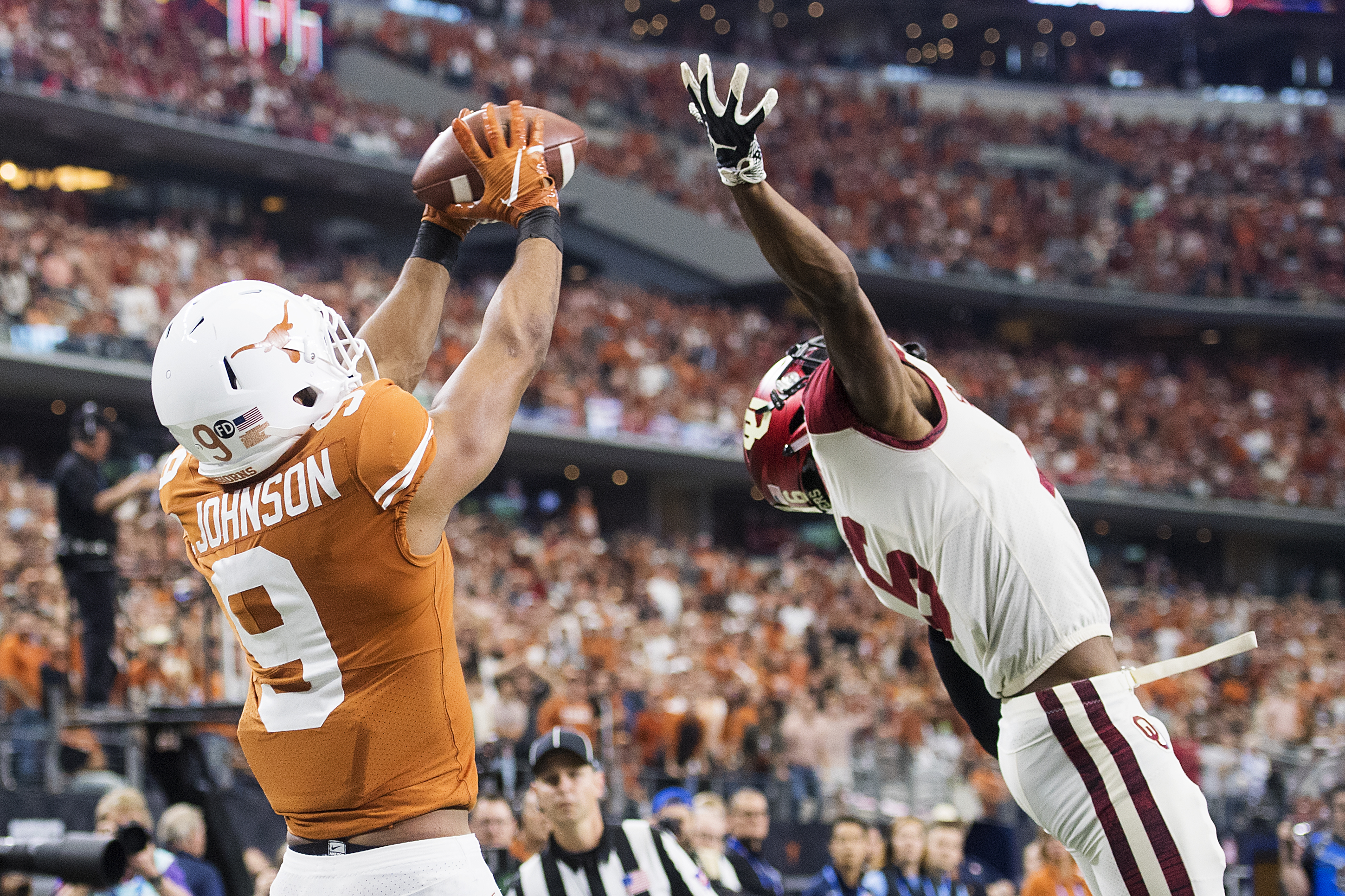 The good news from Saturday is that Tom Herman had his team competing at the peak of its ability when a conference championship was on the line.

The bad news is that when Lil’Jordan Humphrey got assaulted on a potential first-down reception, the refs weren’t on the scene to make the proper call.

Texas (9-4) gave Oklahoma (12-1) all it could handle in a rivalry matchup for the Big 12 title on Saturday, but the Sooners’ late surge was enough to guide Lincoln Riley’s team to a 39-27 victory at AT&T Stadium in Arlington.

“It’s difficult,” Texas head coach Tom Herman said. “Losing is supposed to hurt. With a 1-0 mentality that we have, we don’t worry about the big picture. We went 0-1 today. Tomorrow it’s our job to wake up and try to go 1-0 in the bowl game.”

Humphrey appeared to be roughed up on a third-down play in the final quarter, but the referees chose not to whistle the foul, which led to a Longhorn punt. Oklahoma took possession at its own 20 and appeared destined for a score until Gary Johnson jarred the ball loose on a long pass play and Brandon Jones pounced on the loose pigskin.

Moments later, a bit of rivalry deja vu ensued as the Sooners’  Tre Brown played the role of Roy Williams while sacking Sam Ehlinger for a safety after flying in unblocked on a blitz from the edge.

Oklahoma added a final TD to seize a 39-27 lead, and Ehlinger was picked off by Tre Norwood to end the game.

It was a memorable effort by Ehlinger, who staked the Longhorns to a 14-6 lead after capping a pair of early drives with scoring runs of 16 and 3 yards in the first half.

However, Kyler Murray found some rhythm prior to intermission and directed the Sooners to a pair of scoring drives before opening the second half with another TD march. CeeDee Lamb, Grant Calcaterra and Trey Sermon were the culprits in helping Oklahoma build a 27-21 edge.

Ehlinger then led a seven-play, 75-yard scoring march that was capped by a 27-yard toss to Collin Johnson, but the PAT carromed off the upright to keep the score tied at 27-all.

The Sooners’ Austin Seibert responded with a 31-yard field goal, and after the no-call on Humphrey’s key third-down route, Oklahoma survived a fumble to sack Ehlinger and change the complexion of the game for good.

“I felt like we weren’t running the ball like we thought we would be able to,” Herman said afterward. “That was certainly an issue. When you’re playing one-handed a little bit throwing the football, there’s things that can happen. When their drives stalled, they were able to get field goals. When our drives stalled, we had to punt. It’s a matter of 10 or 15 yards.”

The Longhorns still may sew up a bid in the Sugar Bowl, or at the least, a berth in the Alamo Bowl in San Antonio. No matter what, a 10-win season would signal a major accomplishment for Herman in his 2nd year at the helm. 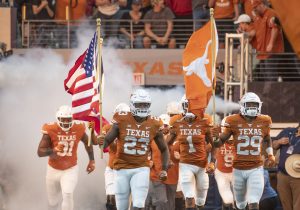