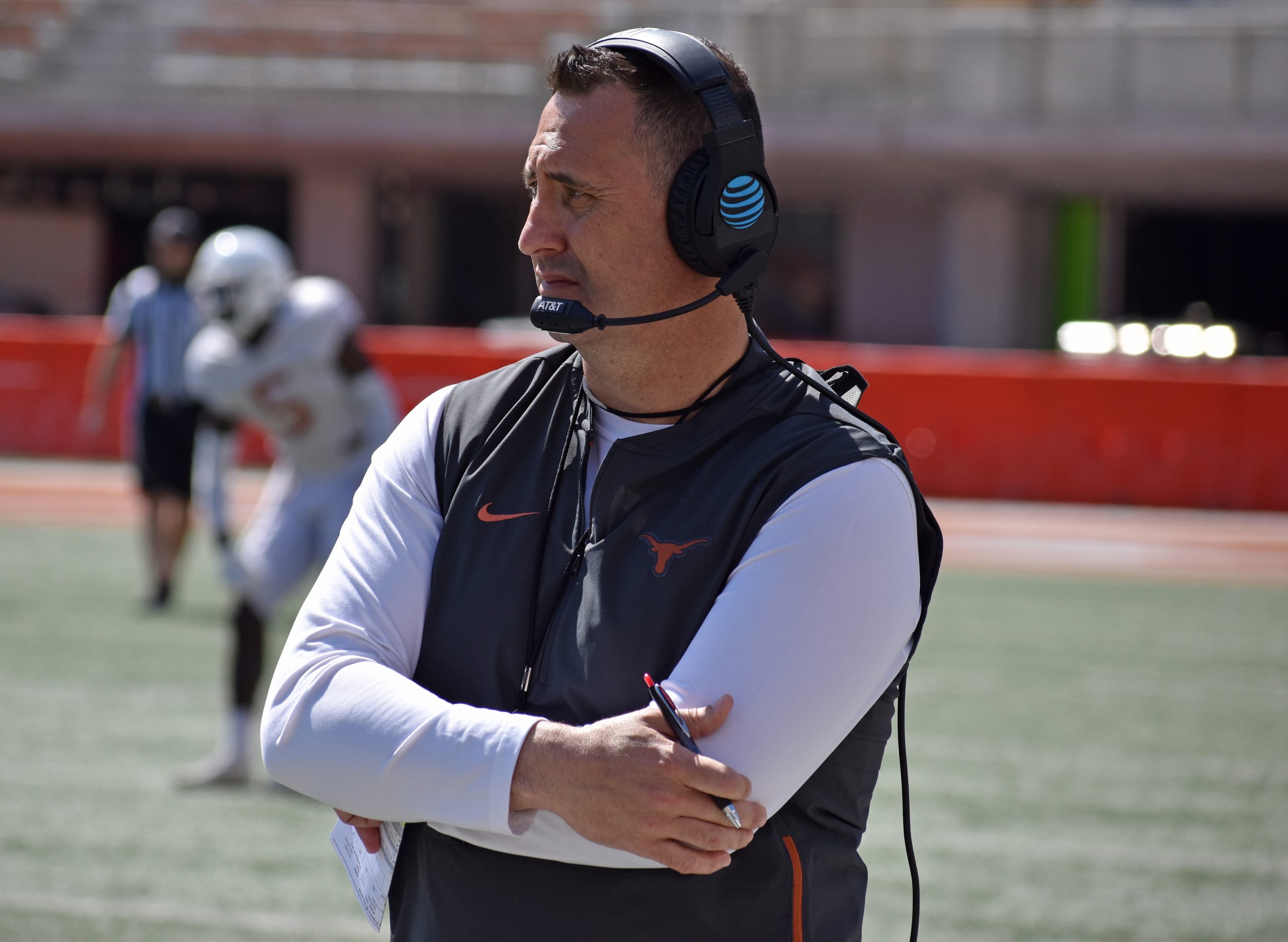 A preview of what to expect on the 40 acres this fall.

As the Texas baseball team tries to fight its way back to Omaha, Longhorn football fans might feel a little like Yogi Berra as they count down the days until the 2022 season opener on Sept. 3. With another quarterback battle underway and a litany of questions still lingering following Steve Sarksian’s first year at the helm, it certainly feels like deja vu all over again on the 40 Acres.

Texas got off to a solid start in 2021 with a 38-18 thrashing of Louisiana-Lafayette, but a 40-21 drubbing at the hands of Arkansas quickly brought the Longhorns back to Earth. Following wins against in-state opponents Rice, Texas Tech and TCU, though, Sarkisian’s team gave away an early 21-point lead during a crushing 55-48 loss to Oklahoma in the Cotton Bowl.Texas never recovered and lost five more games in a row, including an embarrassing 57-56 overtime setback at home to Kansas, before grinding out a 22-17 win against Kansas State in its season finale to finish with an uninspiring overall record of 5-7.

The Longhorns will have to show much more mental toughness versus a demanding Big 12 schedule in 2022, as well as strengthen both sides of the line of scrimmage. Texas had just one All-Big 12 selection along the offensive or defensive line in 2021, and that was OT Derek Kerstetter, who is now with the Buffalo Bills.At least while QBs Hudson Card — the hometown kid — and Quinn Ewers — the prodigal son — battle it out for starting reps, the Horns can rest easy knowing that all-conference running back Bijan Robinson is due back for his junior year after breaking out for 1,127 rushing yards and 11 touchdowns in addition to 26 catches out of the backfield for 295 yards and another four scores.

Texas is also set to bring back sophomore wide receiver Xavier Worthy, who hauled in 62 passes for 981 yards and 12 TDs last season to lead the team in all three of those categories. In doing so, Worthy became the first Longhorn since Colt McCoy in 2006 to be named the Big 12 Offensive Freshman of the Year.Senior running back Roschon Johnson is also set to return and can help take some of the carries off Robinson’s crowded plate, especially in short-yardage situations.

On defense, senior DT Keondre Coburn is expected to anchor the D-line, and versatile senior LB DeMarvion Overshown will be back on the weak side.In the secondary, the program once known as “DBU” will look to rebuild with CBs D’Shawn Jamison, Terrance Brooks and Ohio State transfer Ryan Watts. The safety roles will have to be occupied by newcomers, as Texas graduated three experienced performers last season.

The Longhorns are hoping the addition of former TCU defensive guru Gary Patterson will help their defense return to the form it showed when Texas was chasing national championships instead of Alamo Bowl berths.On special teams, the Longhorns will also need to find a new placekicker, although hopes of immediately finding the next Cameron Dicker or Justin Tucker are probably too optimistic. The clock is officially ticking down until kickoff on Saturday, Sept. 3 when the Longhorns welcome Louisiana-Monroe to Darrell K. Royal-Texas Memorial Stadium for their 2022 season debut.