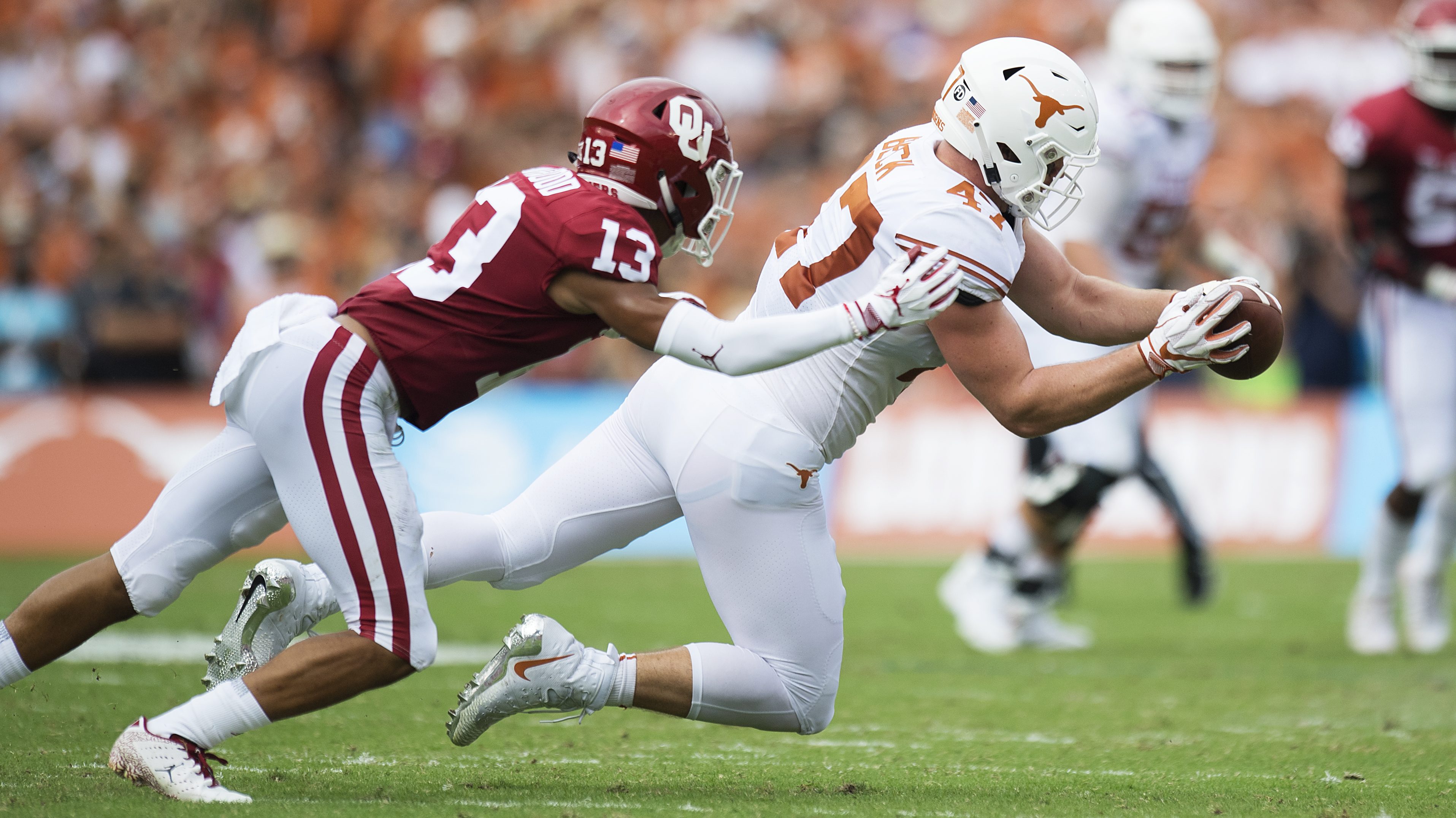 Once again, the Red River Showdown is set to make for some can’t-miss football.

This largely remains true each season, even as Texas wandered through the college football wilderness throughout much of the last decade. But what was once last has since been found — that much was beginning to become apparent last season, and the result was Texas taking home the Golden Hat following a 48-45 instant classic win over Oklahoma.

Now that Texas has returned to the national stage, which the Sooners have never left,  it would be safe to expect much of the same this time around.

On pace to meet with each program ranked among the top-15 for the first time since 2012, Texas and Oklahoma each boast high-octane offenses orchestrated by Heisman-caliber quarterbacks in Sam Ehlinger and Jalen Hurts. While the matter is purely one of opinion, one could argue that, for the first time since the Colt McCoy era, it’s the Longhorns who feature the more elite field general, though Ehlinger and Hurts each fit the description.

To that end, going hand-in-hand with their elite talent behind center is a bevy of tremendous options at wideout.

Oklahoma’s pass-catching corps is arguably the better of the two units, featuring a future NFL talent in CeeDee Lamb, sophomore Charleston Rambo, and Jadon Haselwood, the top-ranked wide receiver prospect in the 2019 class. But Texas, too, features much of the same in terms of skill and upside. Senior Collin Johnson, also a first-round NFL-caliber talent, leads the Longhorns in that regard, while speedy senior Devin Duvernay is enjoying a breakout season in the slot where Lil’Jordan Humphrey was last season. The notable addition to that bunch is sophomore Brennan Eagles, who’s emerged as a big-play threat on the outside.

Beyond that, the offenses are rather different in regards to the offensive line and running back positions. After replacing four of five starters, the Sooners front five has looked the part early, but it is still early. Texas’ starting line, on the other hand, is expected to prove to be the most formidable the program has enjoyed in some time, led by left tackle Samuel Cosmi and center Zach Shackelford. Meanwhile, Oklahoma boasts a three-headed monster at running back in Trey Sermon, Rhamondre Stevenson, and Kennedy Brooks, while Texas is simply searching for health and quality depth after injuries forced the Horns to move two true freshmen — quarterback Roschon Johnson and linebacker David Gbenda — to the position at the front end of the season.

This collection of talent considered — some proven and some still proving itself — much like last season’s showdown, which produced 93 total points between the two teams, it’s safe to expect some offensive fireworks at the Texas State Fair.

That’s, of course, less than ideal news for the two defenses.

Unlike the offenses they’ll be tasked with at least attempted to limit — Oklahoma nor Texas will be stopped entirely — the defenses aren’t exactly among the nation’s upper echelon.

Last season, the Sooners were among the worst in the entire country defensively, and actually ranked dead last (130th) in passing defense, but first-year coordinator Alex Grinch returns all five starters in the secondary and eight overall, including linebacker and Big 12 Preseason Defensive Player of the Year, Kenneth Murray.

Thus far, the early returns have been encouraging and indicate that Oklahoma’s defense will prove to be an improved bunch this season.

Texas, on the other hand, lost eight of its starters after last season, and that inexperience has been evident throughout the early portion of the season, especially in the secondary, though the Horns do feature a tremendously talented tandem at safety in senior Brandon Jones and sophomore Caden Sterns.

Both the Longhorns and Sooners do present a bit of experience at key positions and no shortage of sheer talent, whether raw or otherwise, but these two units are quite simply going to be overmatched on Oct. 12.

If the season plays out as projected, what takes place in Dallas in mid-October may very well see the winner solidify itself as the team to beat in the Big 12. Of course, the Longhorns outlasted the Sooners last season before the two met again in Arlington, that time with a conference championship at stake, and Oklahoma got the upper hand the second time around.

But that doesn’t mean that Texas and Oklahoma won’t each approach this year’s Red River Showdown as an absolute must-win. Along with bragging rights and the Golden Hat, pole position in the Big 12 will be at stake, and quite likely, only the winner’s College Football Playoff hopes will remain alive by that evening.