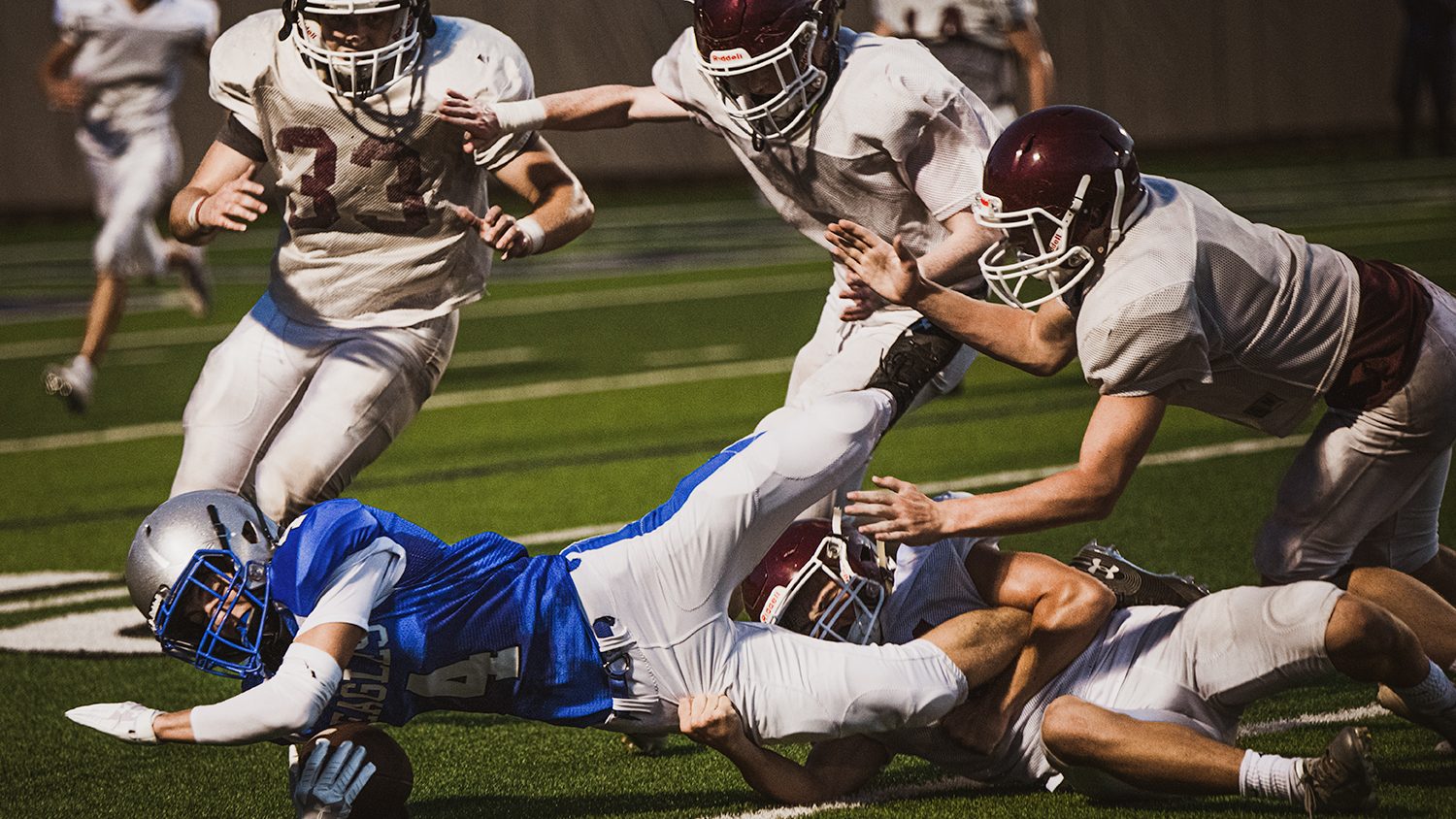 Friday night lights are about to turn on in Texas and every fan is wrapped in anticipation of what their team is going to look like this season. Yesterday we got a sneak peek of the Austin Maroons during their competitive scrimmage against Georgetown high school.

What stuck out was Austin high school’s passing attack. Quarterback Charles Wright showcased his arm talent with both the deep ball as well as check-down passes. Austin scored 4 touchdowns through the air coupled with 490 total passing yards proving the Maroon’s passing attack could not be stopped.

Having attended several Austin practices, I could see the emphasis offensive coordinator Aaron Vanecek put on ball security. At the beginning of the week Vanecek set a goal to have zero turnovers and his offense did exactly that.

On the defensive side of the football, you could see all of the hard work and training the team and defensive coaches have been putting in. The Austin Maroons defense is much improved from last season and will continue to get stronger. The Maroon’s defense put Georgetown’s offense in high pressure situations causing Georgetown to throw two interceptions.
Defensive coordinator Bernard Riley has been working tirelessly with the secondary to create more turnovers and it paid off. The defense’s five takeaways massively contributed to the offense’s success as it placed them in an advantageous field position.

This Austin high team may prove to be a more formidable opponent than expected.

Westlake at Cedar Park: Friday Night Lights are back.
Maroon’s chew up Cougars