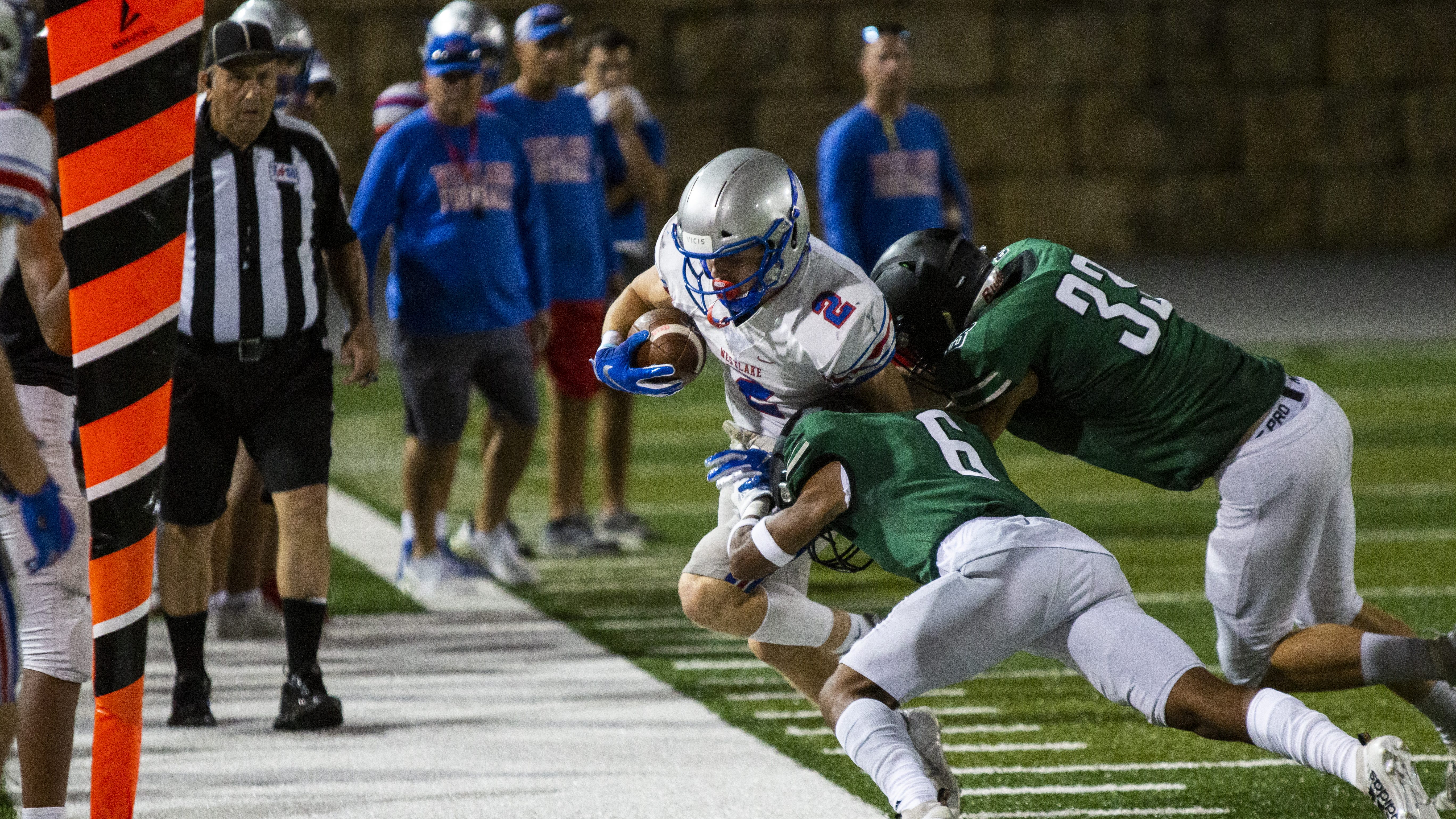 Westlake at Cedar Park: Friday Night Lights are back.

Westlake at Cedar Park: Friday Night Lights are back.

Westlake and Cedar Park went toe-to-toe in a competitive scrimmage between two of the area’s best teams Friday at John Gupton Stadium in Leander, TX. Cedar Park scored more points with three touchdowns compared to Westlake’s one touchdown and three field goals, but the Chaparrals seemed to move the ball better, especially when the first-teamers were on the field.

Westlake split reps evenly between three quarterbacks who combined to complete 33-of-46 passes for 317 yards with one touchdown and one interception. Head coach Todd Dodge may very well continue the quarterback rotation into the season as senior Kirkland Michaux (15-of-20, 196 yards, one touchdown), senior Drew Willoughby (7-of-12, 133 yards, one interception) and sophomore Cade Klubnik (11-of-14, 88 yards) all showed strong command of the offense while sometimes leaving a bit to be desired.

“We threw the ball a bunch tonight and… I can’t wait to get to the video to look at it,” Dodge said. “There’s going to be some really good things that were done by all three of these kids, and obviously some mistakes that were made. A lot of that has to do without getting out in front of somebody for the first time. When you play the position of quarterback, sometimes it feels like you’re in a blender, and for all of them it’s about making things slow down.”

No matter who’s throwing the ball, Westlake’s group of pass-catchers will make them look good as Friday’s scrimmage showed just how deep the Chaps are out wide. Westlake’s first six completions went to six different receivers. Senior Mason Mangun led the way with five catches for 105 yards and a touchdown, but senior Ryan Lindley (10 catches, 100 yards) and senior Jack Hoover (five catches, 101 yards) made it clear that defenses can’t key too much on Mangum without getting burned somewhere else.

“I was really pleased with the receivers,” Dodge said. “That’s the strength (of the offense). Our returning wide receivers and the depth that we have there… that’s where we have the most experience, and from a receiver standpoint, we want our offense to be a spread-the-wealth kind of offense.”

Cedar Park was able to contain Westlake’s offense, however, with some timely defensive play. The Timberwolves forced three turnovers (while committing zero) and held the Chaps to field goals on all three of their trips to the red zone. The best defensive play came from junior safety Joshua Bretz, who stripped and stole the ball from a Westlake receiver to set the Timberwolves up with a short field from which they scored one of their touchdowns.

“Defensively, I thought we played outstanding,” said Cedar Park coach Carl Abseck. “(Westlake is) huge up front, they got a phenomenal receiver core and they made some plays, but we made some plays, too… and we were very basic, so I really pleased with how we played with a very basic gameplan… To see our defense stand in there and stop them inside the red zone multiple times was fun and encouraging and give us a lot of confidence going forward.”

It looked like Westlake’s defense will pick up where it left off with its newly found tradition on that side of the ball. Former defensive linemen Braden Cassidy and David Neil helped fuel the Chaps to back-to-back district titles that last two years, and on Friday it was 6-foot-5, 230-pound Bobby Duncem who led the way as Westlake registered nine-touch sacks and regularly had the quarterbacks desperately running away on pass plays that didn’t call for a quick release.

“The one unit I said I’ll go ahead and praise right now without looking at the video was the effort of our front on getting pressure,” Dodge said. “We were running a lot of people in there, and I think before it’s all said and done, we’re going to have some good depth on our defense line, and that’s something we’ve been blessed with over the last three or four years.”

Despite all the pressure, junior quarterback Ryder Hernandez showed out well by completing 14-of-24 passes for 116 yards and a touchdown. An average quarterback would’ve done a lot worse.

“He’s a competitor, and he’s a good athlete and that’s part of the game,” Abseck said. “You’re going to get pressured at times, and there’s going to be times where we hold in there better and just let him sit in the pocket, but him getting out of the pocket is a good things for us, too, because that opens up passing game gives people a little opportunity to get open sometimes.”

Two of Cedar Park’s three touchdowns came when Westlake had its second-team defense on the field.