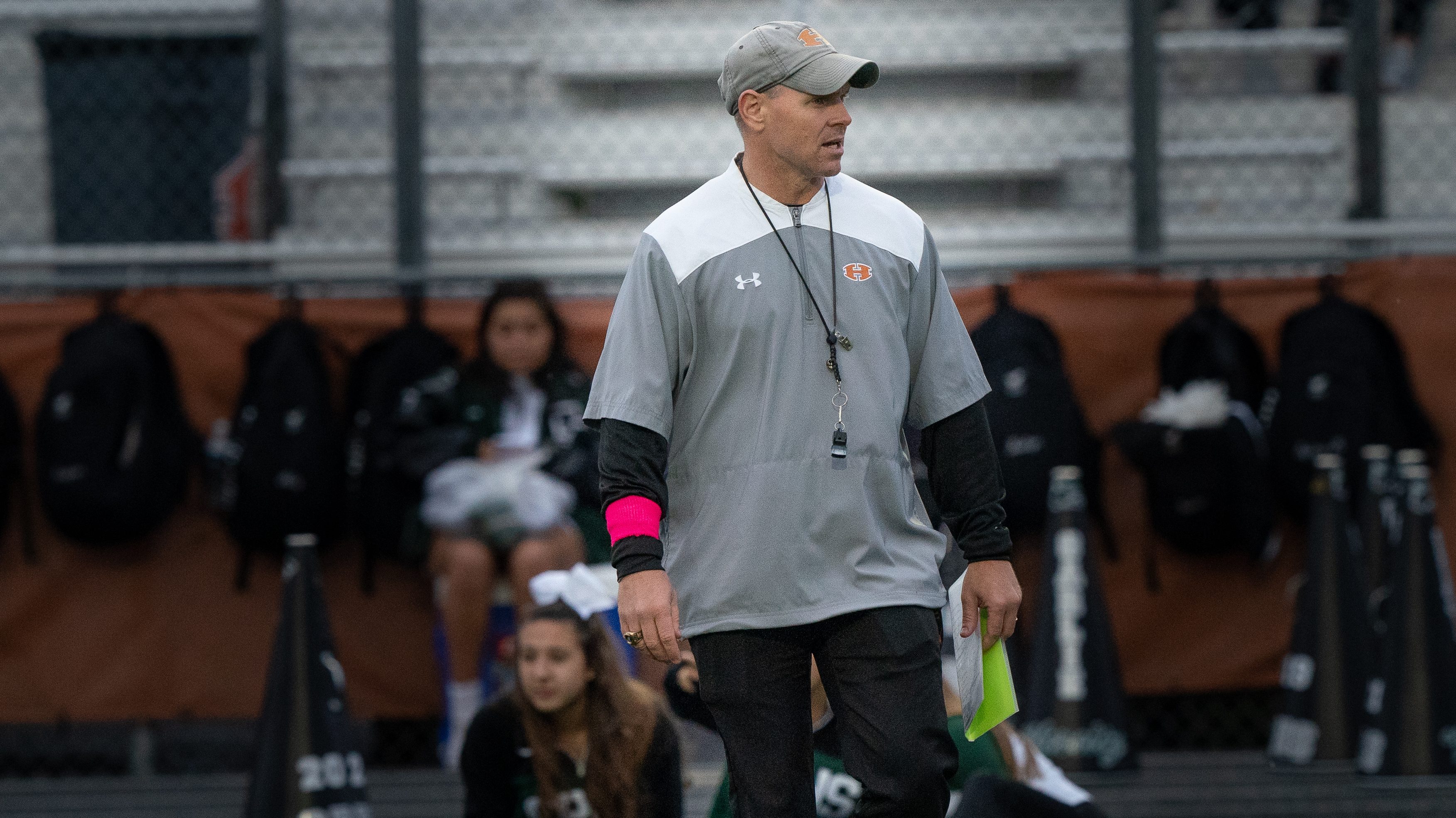 Last season, the Hutto Hippos stomped its District 5A-11 competition, many times outright embarrassing their opponents and taking no mercy whatsoever. The team beat Pflugerville Connally 78-14, Cedar Park 65-21, Pflugerville 59-13, Manor 65-35, Rouse 40-0 and McCallum 58-7. Thanks to two powerhouse players and Division I commits, quarterback Chase Griffin (UCLA) and running back Chux Nwabuko III (Texas Tech), the team continued its prowess well into the playoffs but found its match in Foster, who beat Hutto 41-31 in the third round of the state championship semi-finals. “I think everybody knows that the target is on our backs,” Hutto head coach Brad LaPlante said. “I think that’s a big challenge for our kids to repeat as district champions. Yet I know they’ve worked hard to get that opportunity to repeat.” He said his players have a winning mentality, and they care about each other and give their best to their teammates and their coaches. “And that’s a great place to be.”

The 2018 season was the fifth consecutive year Hutto made the playoffs when the team had an 11-1 (6-0) record; so that team isn’t a one-year wonder. Coach LaPlante said that’s because he and his staff are building a program, not just a team from season to season. Sure, last year’s team lost a lot of experience and talent, but he said this year’s team also has a lot of talent and experience returning. This includes a hard-running offense lead by senior tailback Mekhi Kimble, who runs the forty-yard dash in 4.4 seconds; just as speedy is senior slot receiver Dajon Harrison. Coach LaPlante believes senior outside receiver Trey Pinelli “is the best blocker in all of CenTex,” who LaPlante also anticipates will get more ball action this season.

Of course the big question mark is filling the quarterback position now that Chase Griffin graduated and off to UCLA. Hutto has two or three possible quarterbacks, with rising sophomore Grayson Doggett and senior Brock Bujnoch being the top two competing for the position. Key returners on defense are senior outside linebacker Landyn Watson, “a key to the defense’s success.” Senior noseguard Lordswill Uwa has some Division I interest, and junior defensive end Braylon Sugg “at times has the best hands and feet out of all them,” coach LaPlante said. Senior Logan Tipton is a three-year starter at left tackle, and Jayson Vogelpohl is a returning all-district linebacker.

“We’re going to control our own destiny. We’re really good when we want to be. But we have to make that decision every day to be really good. I like the fact that we are in control. I think we have the pieces to the puzzle to make a run. We may just have to do it in a different way that we did last year.” Coach LaPlante said the returning players have to create a team identity, which will have to start on defense, an element of the team that he feels particularly confident about. Altogether, Hutto’s defense will have about eight returning starters on the line, at linebacker or in the backend as well. Naturally, Hutto’s offense will be forced to fill in big shoes left by Nwabuko and Griffin, who last year was named a Gatorade Player of the Year in quarterback for the state of Texas. Last year, Griffin had 4,051 passing yards, 51 passing touchdowns, 415 rushing yards and eight rushing touchdowns. “You can’t replace them,” coach LaPlante said. “But you find a way to manage the players that you do have. Our offensive coaching staff has done a good job at that. I think everybody thinks we’re done. We had a lot of big-time seniors leave last year, but I think we’re going to sneak up on some people with our team’s speed and how well we play together.”