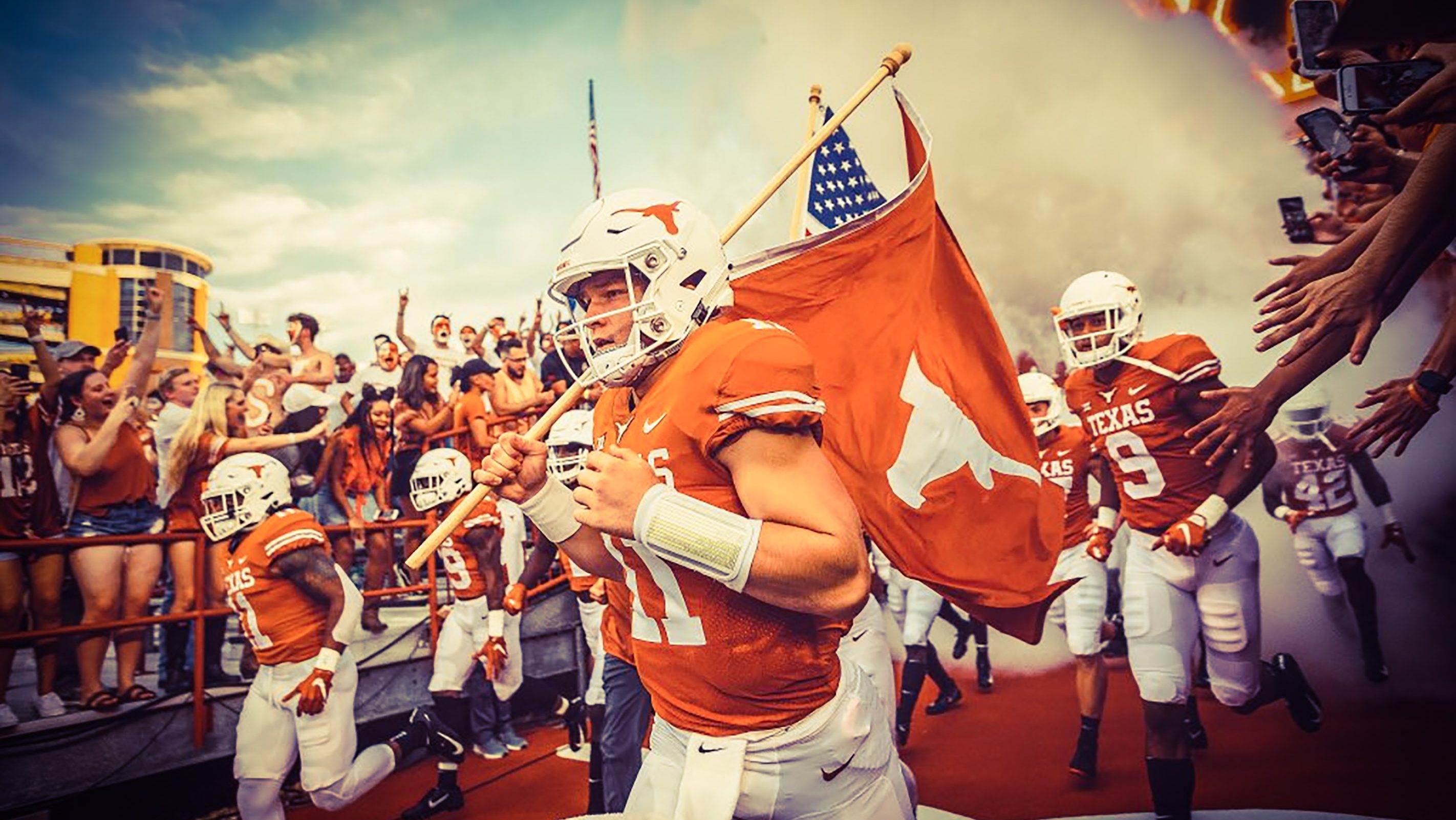 For fans of college football, the spicy Sept. 7 matchup between Texas and LSU in Austin is a can’t-miss clash of two storied programs looking to challenge the status quo and end the conference championship reigns of both Oklahoma and Alabama.

But only one side will be able to seize the inside track to a possible berth in the College Football Playoff — assuming, of course, that both the Longhorns and Tigers take care of business during the opening week.

Texas is loaded with top-tier returnees like quarterback Sam Ehlinger, wide receiver Collin Johnson and safeties Caden Sterns and Brandon Jones. The offensive line looks as reliable as it has in years, as left tackle Sam Cosmi, center Zach Shackelford and guard Parker Braun, a Georgia Tech transfer, all have the potential to be All-Big 12 performers.

The Longhorns also have plenty of play-making ability in the backfield with running backs Keontay Ingram and fantastic freshman Jordan Whittington of Cuero, who has already been seeing reps at multiple positions. Wide receivers Devin Duvernay and John Burt have the afterburners to break free from most defensive backs — and Texas’ power running game will only create more space down the field.

Defensively, there are plenty of fresh faces along the front seven, including defensive tackle Keondre Coburn, defensive end Ta’Quon Graham and linebacker Ayodele Adeoye. Coburn and Adeoye are each redshirt freshmen.

Historically, breaking in a new set of defensive backs against LSU would mean preaching the importance of run support over covering receivers in open space, but the Tigers are determined to break free from their plodding style that has produced such notable rushers as Leonard Fournette, Derrius Guice, Jeremy Hill and Spencer Ware.

LSU hired former New Orleans Saints coach Joe Brady to revamp the passing game, and he’s brought a more wide open style that Big 12 fans are no doubt used to by now. The Tigers may use some run-pass options with quarterback Joe Burrow, who has been running the spread since middle school.

Burrow has a legitimate No. 1 target in receiver Justin Jefferson, and the tandem of running backs Clyde Edwards-Helaire and freshman John Emery Jr. — the nation’s No. 2-ranked RB prospect — will fight for carries until a clear pecking order is developed.

LSU will definitely be a handful, even for a Longhorns team brimming with confidence and looking as though they have the key ingredients to turn another major corner in 2019. The Tigers welcome back 15 total starters this season, including eight on defense, where LSU is notoriously stingy.

Defensive lineman Rashard Lawrence is a major disruptor at the point of attack and was named last season’s Fiesta Bowl Defensive MVP. Thankfully, the Tigers lost a major impact player at linebacker in 2018 Butkus Award winner Devin White, but true to form, LSU has athletes all over the field.

The Tigers possess a standout safety of their own in Grant Delpit, who is an early favorite to earn All-American honors this year.

Bottom line, it should be an interesting and competitive early-season matchup. The home field advantage will be with the Longhorns, who are scheduled to play their first two games within the friendly confines of DKR-Texas Memorial Stadium.

Texas had better use that advantage while it still can. Next season, the home-and-home series shifts to one of the toughest places to play in all of sports — Death Valley in Baton Rouge.