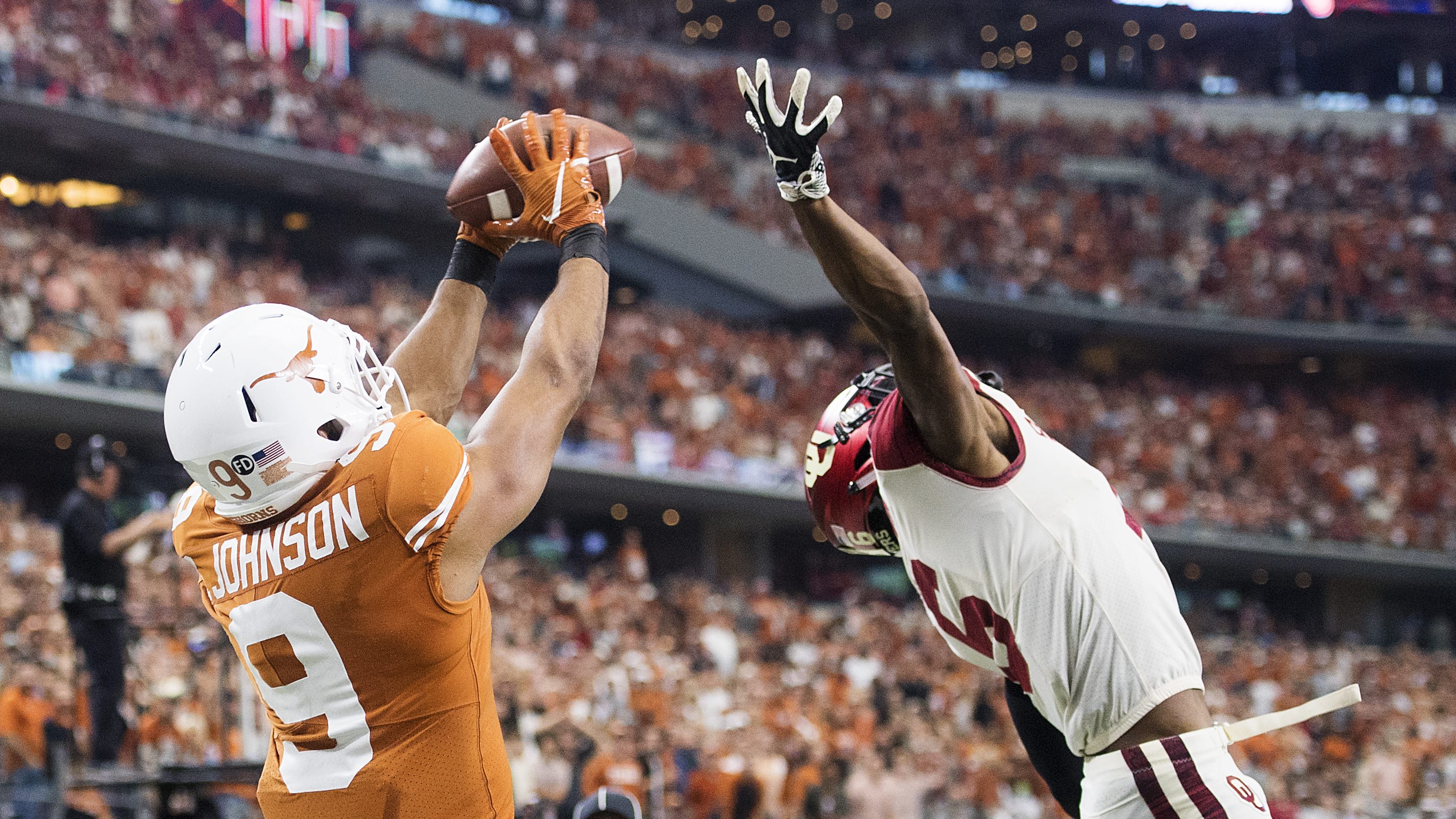 The Red River Rivalry captivated the nation last year with two classic games that helped shape the College Football Playoff picture. No American sport holds its rivalries in higher esteem than college football, but the attention given to each rivalry ebbs and flows with the success of the teams involved.

Miami/Florida St. and Florida/Tennessee are two rivalries that were a major deal in the 90s and early 2000s but nowadays don’t generate many headlines outside their regions. Texas/OU went through a similar lull as the Longhorns suffered through “The Lost Decade” from 2009-17.

But with Texas coming off its biggest bowl win since 2007, and Oklahoma riding high with four straight conference titles, the high stakes are back on. The Red River Rivalry is big-time once again, just as it’s supposed to be.

Texas holds the upper hand in the overall series 62-47-5 much thanks to a commanding lead it built up in the early years. The Longhorns captured 29 of the first 43 match-ups, with two of those non-wins being ties.

Oklahoma then dominated much of the 1950s with nine wins in ten tries from 1948-57 and three national championships under Hall of Fame coach Bud Wilkinson. But Texas retook control with its own legendary coach in Darrell Royal, who led the Longhorns to 12 victories in 13 years from 1958-70, including three national titles of his own.

Since then, the rivalry has been more a back-and-forth affair. Last year’s chapter was especially noteworthy as it was the first time the two neighbors had played twice in the same season since 1903, and neither game was short on drama.
In the traditional regular season game at the Cotton Bowl, Oklahoma overcame a 21-point fourth quarter deficit to tie the game in the final minutes. But Texas, seemingly unfazed, marched right back down the field and got a last-second field goal from Cameron Dicker to win.

Two months later, they met in the Big 12 Championship Game for the first time. With OU playing for a spot in the College Football Playoff, the Sooners prevailed in a 39-27 win that was much closer than the final score would indicate.

Going into this year, tensions are high. Both teams look to be national title contenders and former Oklahoma quarterback Baker Mayfield even called out current Texas quarterback Sam Ehlinger during the off-season.

“That will stir the pot. He doesn’t like me, and I hope he knows I don’t like him either.”

Ehlinger has yet to retort publicly and probably won’t, but everyone knows he’s not one to back down from a challenge. He’s got the same swag and confidence Mayfield has, along with a deep love for his university that was instilled in him as a child.

“I will make it my mission to never let this team or this school feel this disappointment again,” Ehlinger said after the Big 12 Championship Game loss.

If both teams can take care of business with the early parts of their schedules, all eyes will again be on Dallas when the two rivals hook up for the 115th edition of the series on Oct. 12.

Like always, the Cotton Bowl crowd will be split at the fifty-yard-line, half crimson, half burnt orange. It’ll be a sight to behold. If you’re a Texas or OU fan, it’s a game you have to go to at least once, and there might not be a better year to attend than 2019.