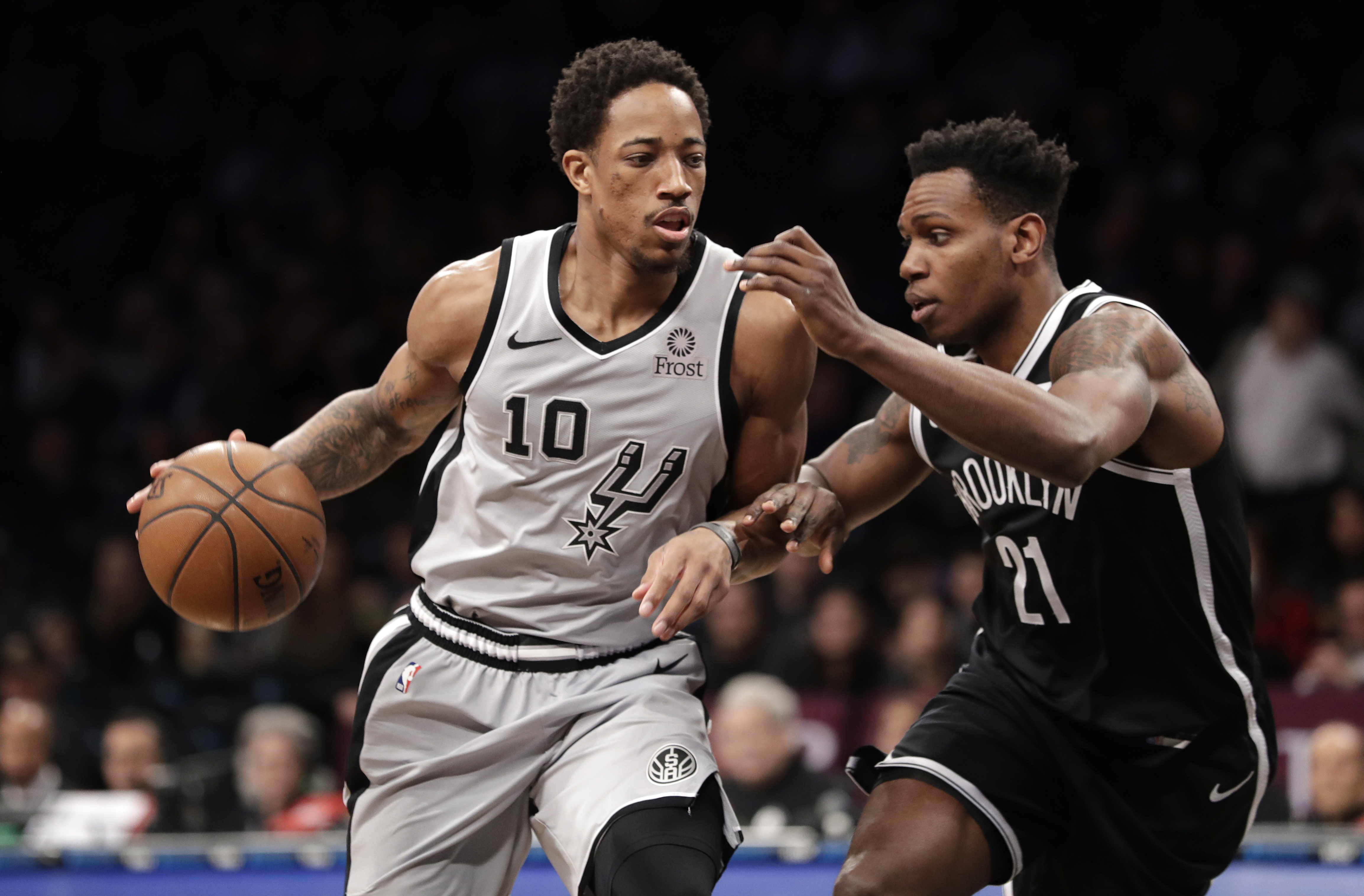 For the first time in 22 years, the San Antonio Spurs appear to be a fringe playoff contender in the loaded Western Conference.

The last time the Spurs failed to qualify for the postseason was the 1996-97 season, which saw San Antonio plunge to a 20-62 overall record as David Robinson and Sean Elliott missed most of the year due to injuries. The team’s leading scorer during that forgettable campaign was none other than Dominique Wilkins, but not even “The Human Highlight Film” could elevate those Spurs into something more than a doormat.

However, that season was the beginning of one of the most successful stretches in the history of professional sports.

Gregg Popovich, then the general manger, fired Bob Hill and supplanted him as coach. San Antonio then struck gold when it landed the No. 1 overall pick that led to Tim Duncan, who was regarded as a can’t-miss prospect out of Wake Forest and one of the most NBA-ready big men the league has ever welcomed.

Since then, the Spurs’ playoff spot has been all but guaranteed — until this year. San Antonio fell to seventh place in the West after losing to Toronto in its first game back from the All-Star break and must fend off LeBron James and the Lakers, and perhaps the hungry Sacramento Kings, if it hopes to extend its postseason streak to an NBA-best 22 consecutive seasons.

Of course, signs of the Spurs’ current struggles were easy to spot.

With Duncan long gone, Manu Ginobili retired, Tony Parker in Charlotte and the tandem of Danny Green and Kawhi Leonard shipped to Toronto for DeMar DeRozan and Jakob Poeltl, San Antonio’s 2018-19 roster must feel unrecognizable to the casual fan. A questionable situation got even dicier when promising point guard Dejounte Murray suffered a torn ACL in the preseason and first-round draft pick Lonnie Walker IV was forced to miss a large chunk of games with a meniscus tear.

The Spurs had some trouble out of the gate, but eventually DeRozan, LaMarcus Aldridge and Rudy Gay began to find a rhythm with one another on the court. Meanwhile, Popovich moved away from veterans Quincy Pondexter and Dante Cunningham and gave more minutes to youngsters like Derrick White, Bryn Forbes and Davis Bertans.

White, a University of Colorado product, has been a revelation in an expanded role, as he’s shown the confidence to take and make big shots as well as the size to defend multiple positions.

Forbes and Bertans are both sharpshooters from the outside, and Bertans even leads the league in 3-point field goal percentage at .481. With Patty Mills and Marco Belinelli also on the roster, perimeter shooting certainly isn’t a weakness.

More problems arose when White suffered through a heel injury in October, and he was again forced to miss several games on the Spurs’ annual rodeo road trip with problems in his other heel. He was able to play against the Raptors, but with a strict minutes limit attached.

Pau Gasol has also missed multiple weeks after sustaining a stress fracture in his foot.

As San Antonio heads down the stretch, there are still plenty of lingering question marks with regard to health and team chemistry.

When White has missed time, the team’s defense has been absolutely shredded by opposing guards. There are also instances where Aldridge or DeRozan go missing in key situations offensively.

And which one will be the go-to scorer in crunch time?

Then again, the Spurs have been written off multiple times before — even when Duncan, Ginobili and Parker still had plenty of tread left on the tires. Under Popovich, a late-season surge certainly isn’t out of the question, although it seems improbable at this point.

The most likely scenario is a low playoff seed and a possible first-round exit against one of the top teams in the West. The other option is the team’s first trip to the lottery since Timmy D came to town.

Those two choices are enough to make the San Antonio faithful wonder what in the name of David Robinson is going on at the AT&T Center.