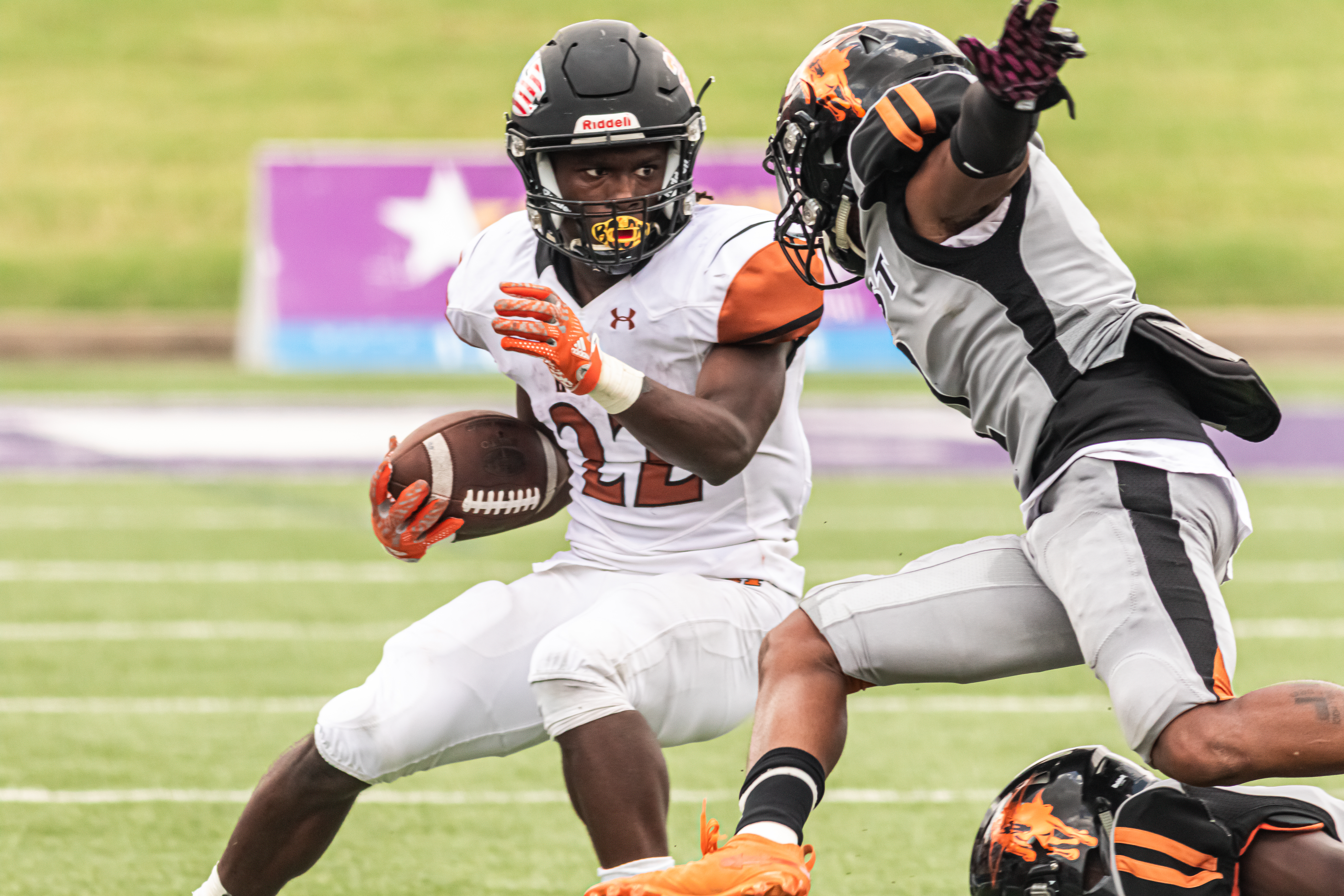 The Hutto Hippos are a program on the rise within the Greater Austin area. Since current head coach Brad LaPlante arrived in 2014, Hutto hasn’t missed the playoffs and are now looking to book the Hippos’ first postseason trip as a Class 6A competitor. Texas Sports Monthly got the opportunity to catch up with LaPlante prior to the 2020 season to ask what makes Hutto a budding Central Texas power.

Q: Of course, it’s been the most unique offseason in Texas high school football history with the pandemic. Were you able to stay in contact with your team over summer and did it end up affecting summer workouts?

A: We still stay in contact, whether it’s Google Meet or Zoom or text or phone or team communications app. We shut down for a little bit there with our strength camp just as a precaution. That was the end of June going into July, so we missed just a few days of strength camp.

Q: What has helped the Hutto program not only gain success but become a consistent winner among a very competitive and talent-rich area of Texas?

A: That’s one of the best things about our kids — they get along, they believe in each other and they want to win. They’ve had success and they want to keep that going. The last time Hutto wasn’t in the playoffs was 2013, so these kids work hard to make sure that we keep that going. The other part of that is they do know that tougher competition is coming and they want to respect that and we’ve got a lot of respect as a coaching staff for the other Round Rock and Leander schools. This year, a favorable thing for us is we had so many unknowns. It wasn’t pressure from the coaching staff, but I think just from each other like, ‘OK, who’s going to start this year? I don’t know, so I better be working hard to make sure I’m the guy.’ The fact that we’re going to be really, really young kept these guys hungry I think.

Q: Coach, who is going to be back on defense to try and help slow down some of the high-powered and uptempo offenses that are featured every week in District 25-6A? 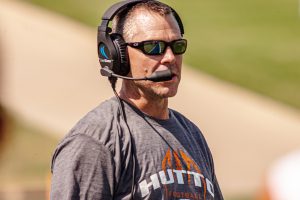 A: Defensively, we’re going to have our team leader back — and everybody knows him — Landyn Watson. He’s a rush end and an outside backer and a recent TCU commit as a four-star kid. Joining him is an inside backer, Braylon Sugg, and our other outside backer is going to be a sophomore, Brody Bujnoch. I think our linebacking corps is going to be pretty salty in our 3-4 defense. Then we have Junior Torres, he was a freshman up on varsity last year. We had four freshmen up on varsity last year playing against Shadow Creek in the second round of the playoffs. Defensively, those are some probably names that people are going to need to familiarize themselves with.

Q: As a team, you guy were able to average 399 yards per game and more than 35 points per outing offensively. Who will be relied upon to try and improve those numbers this season?

A: We do have a retuning quarterback in Grayson Doggett who was a sophomore last year. By watching him in our skills session and if you came to a practice, you would not know that we missed spring ball and 7-on-7. He is looking fantastic and is sharp. His offensive line in front of him is a veteran group. There’s not DI guys all over the place, but four out of five of them have game experience and they’re just good, hardworking kids and there’s cohesion between the group. We do have four guys who are going to get some reps at tailback and that will shake out in the scrimmage and early games. We have a receiver coming back, Jairiez Lambert, who has super soft hands and he’s getting some good receiver looks and he may start at safety for us too and play both ways. He’s a good competitor and kind of the rest of the receiving corps could be unknowns that didn’t play varsity last year.

Q: What are the unique challenges provided by the move from Class 5A to 6A, and specifically, into 25-6A alongside new foes like Vandegrift, Westwood, Vista Ridge, Cedar Ridge, McNeil, Round Rock and Stony Point?

A: That even stretches out into our non-district with College Station and Waco. We haven’t had those rascals on the schedule for a while. We played College Station a couple of times in the 5A playoffs and Steve Huff does a great job down there. Lot of respect for them. Then, of course, you open up with Anthony Wood and Westwood over at Dragon Stadium as our first district ballgame. That one could be 78-77 or whatever it’s going to be. They have a salty bunch and a new defensive coordinator over there. The McNeil and Round Rock, and some people have said they can’t wait to see us against Vandegrift the week before Thanksgiving, and I’m thinking we just have to get through game one. We’ve got to make sure we build up our numbers and get our depth going and do things right.