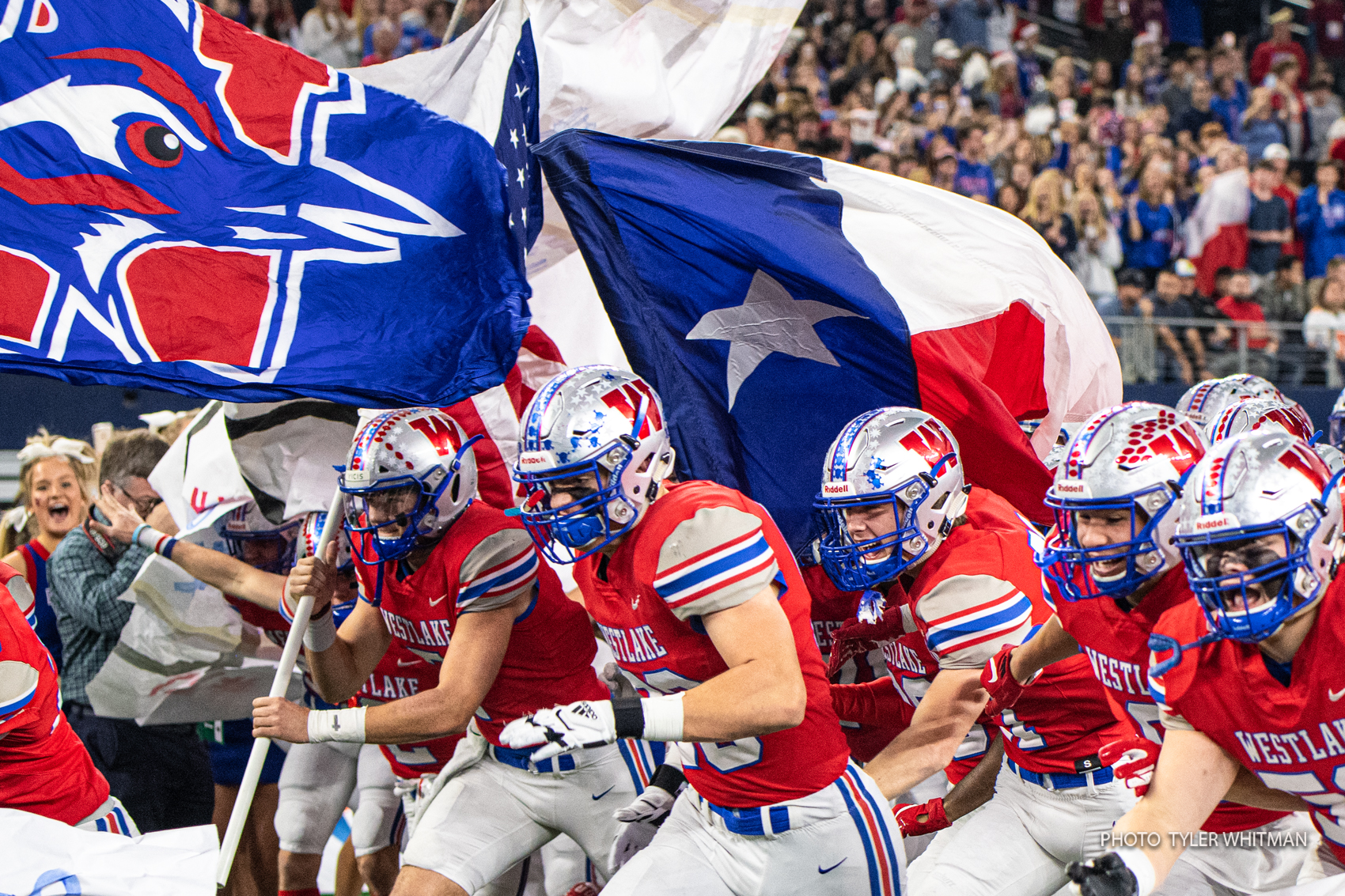 Westlake secured the second state championship in program history at AT&T Stadium in Arlington by relying on one of the oldest coaching clichés in football.

You can’t lose if the other team doesn’t score.

The Chaparrals won the UIL Class 6A Division II crown by blanking Denton Guyer 24-0 at the home of the Dallas Cowboys. An interception by defensive back Henry Smogur secured the shutout late in the fourth quarter.

It was the first state championship since Drew Brees led the Chaps to glory in 1996. This time around, the quarterback was Kirkland Michaux, who capped the season with 2,894 yards passing and 44 touchdowns in addition to 404 yards and another seven scores on the ground.

In the title game against Guyer, Michaux tossed all three of the game’s TDs. The senior signal caller found Jake Misch on a 5-yard score in the first quarter and added a 33-yard strike to Mason Mangum in the second period.

“Our defense really kept us going,” Michaux said after the game. “The momentum they gave us was insane. I was able to give us some big plays.”

Michaux helped extend Westlake’s lead to 21-0 in the third quarter after hitting Jackson Coker for a 39-yard TD toss. Just for good measure, Chaps placekicker David Leadbetter tacked on an 18-yard chip shot late in the stanza to give Westlake a commanding lead.

The Chaps finished the 2019 campaign with a 15-1 overall record, with the lone loss coming against Lake Travis back on Oct. 11. That 26-25 setback cost Westlake a chance at the District 25-6A title, but head coach Todd Dodge’s team bounced back and steamrolled each of its next 10 opponents.

How dominant were the Chaps down the stretch? They won their final four district games by an average margin of victory of 50.3 points per game.

In the playoffs, Westlake continued its roll by winning its six contests by an average margin of 30.7 per outing. That includes a 63-3 bludgeoning of Katy Taylor in the state semifinals.

The state championship was the fifth overall for Dodge, who previously claimed four titles as the head coach at Southlake Carroll. However, the latest triumph was especially meaningful.

“This has been a bucket list wish for (wife) Elizabeth and I to come back to Westlake and be able to win a state championship here,” Dodge said. “After a six-year wait, this means everything to me and my family.”

The Chaps’ fearsome defense was paced by senior defensive back Leo Lowin, who led the team in tackles with 98. Lowin, a 6-foot-1 cornerback, also routinely shut down opposing wideouts, as did senior safety Sage Luther, who added 89 total stops this season.

The duo also tallied seven interceptions between the two of them.

By comparison, Westlake’s offense only turned the ball over 14 times during the entire season.

Michaux’s top targets in 2019 were senior wide receivers Ryan Lindley and Mangum, who capped the season with a combined 2,325 yards and 34 scores. Lindley hauled in 101 passes, which was a team-best total by a whopping 37 receptions.

On the ground, junior running back Zane Minors supplied 871 yards and 14 scores on 100 carries.