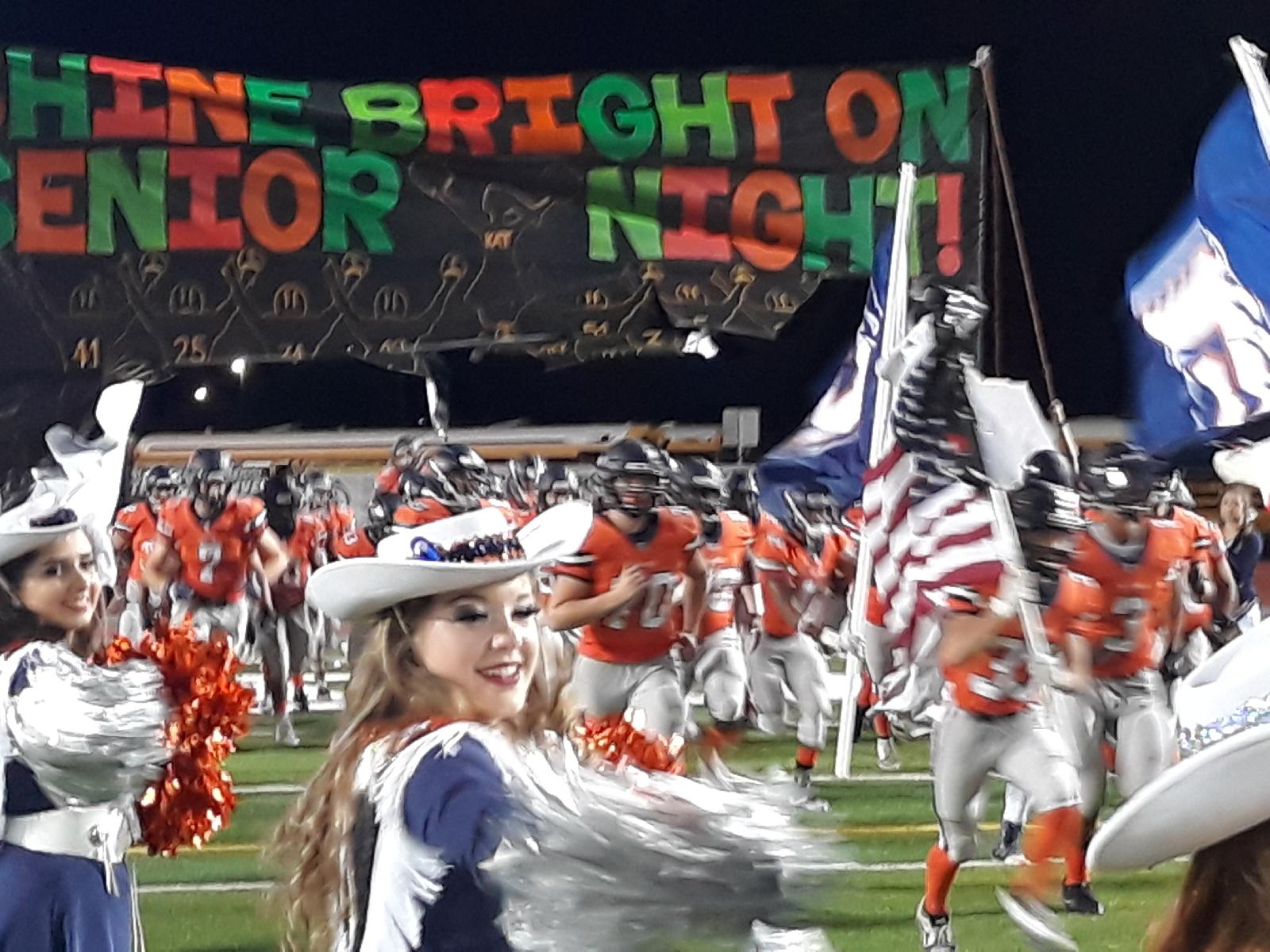 When preseason camp started in August, Leander Glenn coach Rob Schoenfeld made sure his team had no plans on settling. Yes, the Grizzlies were a first-year varsity program. But in no way did he think his team’s goal should been anything less than a district championship.

The players listened and buoyed by that belief became the first Austin-area school to win the district title in its inaugural season by beating Brenham 21-7 Friday at A.C. Bible Jr. Memorial Stadium in Leander.

“All of it,” said Glenn coach Rob Schoenfeld when asked how much of this accomplishment was based on belief. “That belief (is) not only on the field on Friday night. That belief has been the last three summers in the weight room with the phenomenal attendance and the accountability that they placed on each other and believing what we as coaches started this deal told them what could happen if you did this. If you deserve to win and you put in the effort commensurate with that, you can. Because we knew we had enough talent to do that, and like I said, all the credit goes to the kids because they believed it. They believed it and they worked it, and they worked the plan. They didn’t waver and the result right now is what it is.”

Glenn came swinging out of the gate with two consecutive touchdown drives to take a 14-0 lead roughly eight minutes into the game.

The first was a 12-play, 64-yard jaunt with 12 runs and no official pass attempts (though there was a helpful defensive pass interference on third-and-five) that ended with senior running back LaMont Slade finding the end zone from two yards out.

After the defense forced a three-and-out, the offense scored again with a quicker five-play, 69-yard march (with no pass attempts) where junior running back Julian Morris got a great block on the edge and raced for a 35-yard touchdown.

“We’ve started slow the last two games and after the way we started district that was frustrating,” Schoenfeld said. “We made a big point that we got to start fast. They believed it. They came out and executed it. We can talk about it and every play looks great on that whiteboard with a marker. Every play works. But it’s about 11 human beings smashing themselves against 11 other human beings, and that takes a lot of will and a lot of courage and a lot of love for each other, and I kind of just challenged them this week not to worry about last week (when we lost to Marble Falls) because it had no bearing on tonight, and I challenged them to commit and live up to our values, which one of them is (to) play for each other, and if you do that we’re going to be OK.”

That early cushion was enough as the Grizzlies’ physical defense took over from there and held Brenham to 191 yards on 50 plays for 3.8 yards per play.

The Cubs only score came on a short field in the second quarter where they started with the ball at Glenn’s 45-yard line and needed eight plays to find pay dirt with a five-yard run by junior Daylonn McCowan.

Glenn forced Brenham into five three-and-outs in the first three quarters and then got two key turnovers in the final period.

On the inaugural play of the fourth quarter senior running back Tyree Jackson got popped and coughed up the ball in Grizzlies’ territory for it to be recovered be Glenn senior Sam Martin.

Jackson, who came into the game hot with 527 yards and four touchdowns in his last three games, had to be helped off the field multiple times because of injuries and finished the game with only 47 yards on 13 carries.

Brenham drove the ball into Glenn territory one more time before Martin came up big again with the game-sealing interception that allowed the Grizzlies to run the final minutes off the clock.

“The defense did an outstanding job against some very talented players over there,” Schoenfeld said. “My impressions of Brenham all year long seeing them on film was, they look like Brenham. They look like a bunch of guys who grew up in a championship-pedigree program who are very athletic, fast, big. Everything that you need to be successful, they got. We knew going in preparation-wise that we were going to have to play our best game and the defense really stepped up… I felt like, defensively, we played great team defense. (We) swarmed to the football. We knew they were going to have their plays because they’re good. They’re well-coached and they’re talented and they got a great tradition. But we just kept on chopping and came out with it and I’m very proud of them.”

While Brenham struggled to get its run game going with just 101 yards on 28 carries for 3.6 yards per carry, Glenn enjoyed a splendid night in the rushing department with 322 yards on 61 totes for 5.3 yards per attempt.

Morris was featured the most with 20 carries for 103 yards but Slade (14 carries, 64 yards), junior Shamir Nichols (12 carries, 59 yards) and junior Rondrick Stubblefield (nine carries, 67 yards) were all sprinkled in and produced behind Glenn’s meat-grinding offensive line.

“Our offensive line did a great job of opening holes for the backs and the backs closed the deal,” Schoenfeld said. “We were the more physical team on both sides of the ball.”

“What a hard thing it was for kids who started out at Rouse as freshmen to be told, no choice, you’re going to a new school next year because of where you live,” Schoenfeld said. “You thought you were going to go to Rouse but you’re going to have to go to this new school, and for them to start this and believe they could get it done, I just can’t say enough about our kids, our parents, our community.”