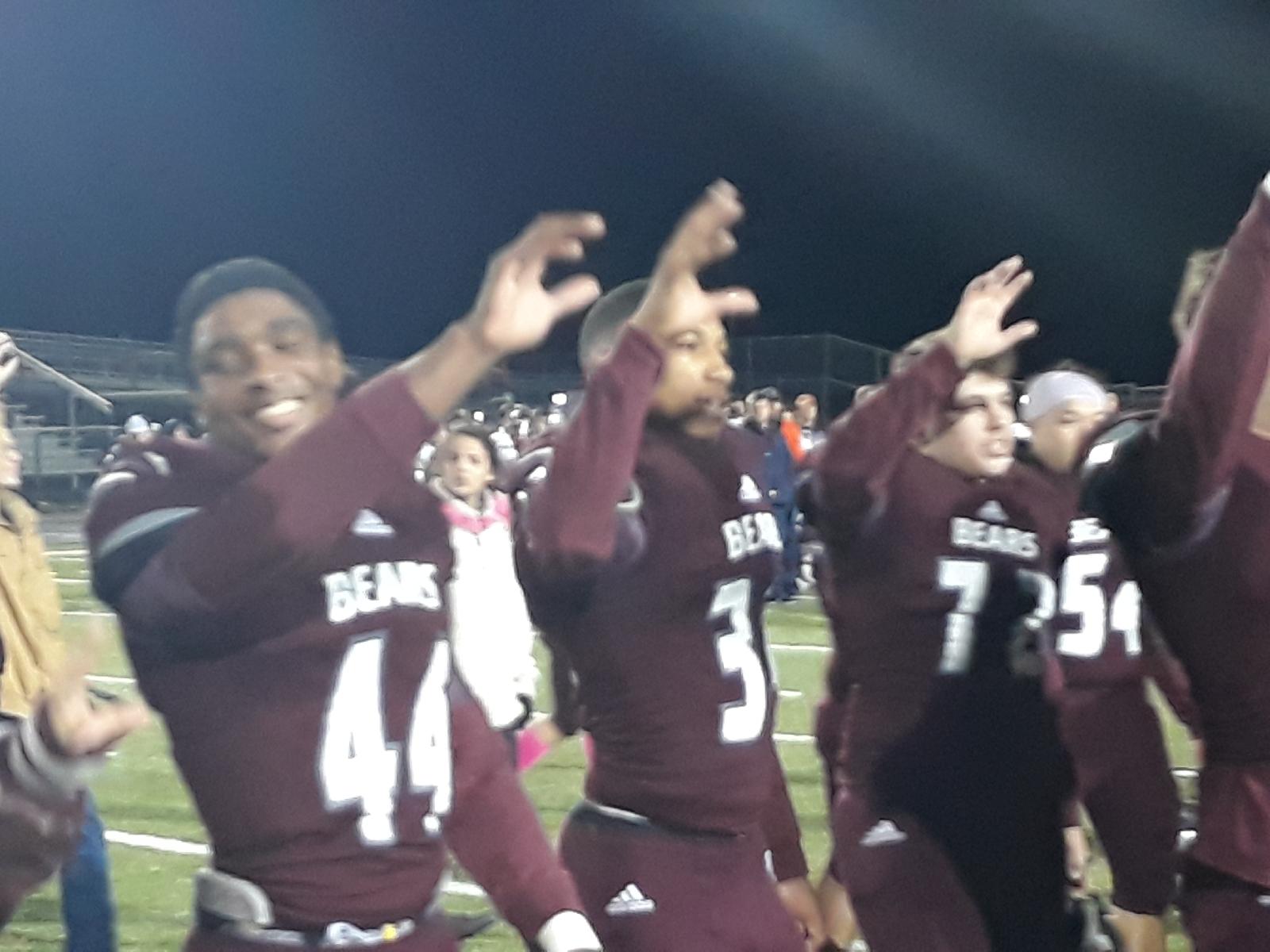 Bastrop had too much on the line to fold following a disastrous start. After spotting Leander Glenn a 14-point lead in the first four minutes, the Bears stormed back with 35 unanswered on their way to a 42-28 victory Friday at Bastrop Memorial Stadium in Bastrop.

The win, combined with East View’s 38-7 conquest of Elgin, catapulted Bastrop into the playoffs for the first time since 2015.

“We preached it all week that we could play with Glenn,” said Bastrop coach Todd Patmon. “They’re a good team, not taking anything away from them. But we just felt like, we’re 4-0 at home, want to be 5-0 at home. We wanted to be 4-3 (in district). We wanted to be 6-4 (overall). That’s all we talked about. We didn’t talk about playoffs or anything like that. We said ‘we take care of our business. Everything else will take care of itself.’”

Bastrop’s first offensive play couldn’t have gone worse. After Glenn marched down the field for a touchdown on the opening possession, Bastrop junior quarterback Desmond Young had the ball slip out of his hand while winding up to throw. Glenn senior defensive lineman Jeff Francis Diaku recovered the fumble on the run and jaunted into the end zone to make it 14-0.

Less than six minutes later, however, the score was knotted up. Bastrop junior running back Jhe’Quay Chretin had 24 and 20 yard runs to set up a one-yard touchdown plunge by Young. Following a Glenn fumble, Chretin had a 24-yard run and Young completed a 13-yard pass to junior wide receiver Nathan Blair on third-and-six that led to four-yard score for Chretin.

Young had a 12-yard touchdown run midway through the second quarter and Chretin found pay dirt on a 44-yard dash a minute before halftime to give the Bears a 28-14 lead into the break. But the Bears weren’t done there. Senior defensive end Zevon Burnett got a sack on fourth-and-five with Glenn inside Bastrop’s red zone. Four plays later on fourth-and-one from their own 35, Patmon elected to go for it and Young broke through the line on a QB power and blasted off for a 65-yard touchdown.

“(The quick, resounding response to the early deficit) talks about our kid’s character,” Patmon said. “Sometimes, we don’t get that label placed on us, but our kids showed character. They didn’t blink. They believe in the scheme and they just kept fighting.” 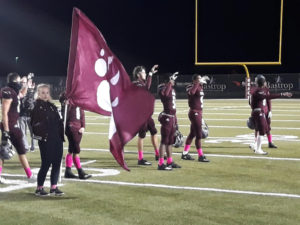 Glenn got back within seven on a pair of long touchdown drives that were aided by four unnecessary roughness of personal foul penalties by the Bears. But Bastrop regrouped and got a fourth down stop with less than four minutes to play, which was followed by a sharp four-play, 36-yard drive (all Chretin runs) that ended with an eight-yard score by Chretin to ice the game.

Young and Chretin’s gashing of Glenn’s usually stout defense was the biggest culprit in the Bears’ win. Young finished with 88 yards and three touchdowns on 11 carries and Chretin sliced up the Grizzlies for 212 yards and two touchdowns on 31 attempts.

“(Chretin is) amazing because everyone knows that’s who you come to stop,” Patmon said. “I’m so happy for him because he had a hamstring (injury) early in the year and now he’s just slowly starting to get healthy… (He has a) strong lower body. He has quick feet, and then he has a burst. He’s worked his tail off to get where he is. Our O-line has done a great job, and I tell you who else we forget about a lot is Eddie Brown, our H-back. He blocks for Jhe’Quay. He called that last play. It’s an awesome team win.”