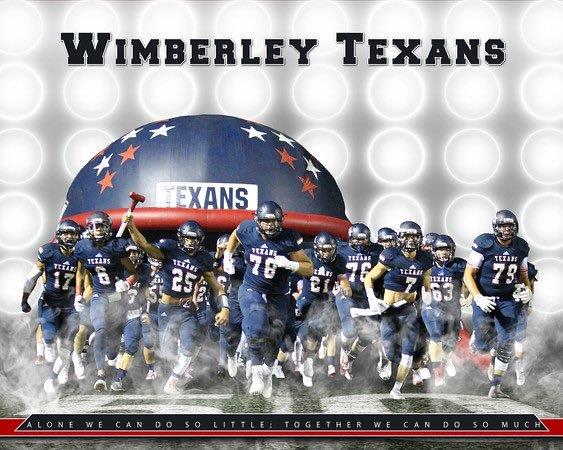 Q: Coach, your offense has averaged over 40 points per game through the first 12 contests of the season. How has that group been able to light up the scoreboard so consistently?

A: It starts with our quarterback, Cooper McCollum. The offense runs through that guy and he gets us in a lot of good spots. Moses Wray, our running back, had a really good night [against Raymondville] and rushed for about 200 yards and is a big part of that. We’ve got several receivers also — Christian Marshall, Josh Limely, Jaxon Watts, Kolby Goforth, Colby Boyle. All of those guys fit into the picture, and there are two or three others as well.

Q: Who is anchoring the defensive side of the ball so far?

A: Our linebacker, Cole Schroeder, has really kind of stepped up and settled into a role. (Safety) Colby Wiegman is another guy that’s on that side who flies around and has been somebody to lean on, and I think

Jadon Potts is another one. Those three guys have really kind of been the steady hands for us.

Q: In the second round of the Class 4A Division II playoffs against Raymondville, you guys won 63-35 in a shootout. What was that game like to experience from the sidelines?

A: It was back and forth. Neither defense could stop the other’s offense. At halftime it’s tied 21-all and then it’s 35-35 after the third quarter. Then from that point on, we were able to hold them defensively and score 21 in a row. We’ve been in some tough games and some tough situations already this year, so I think that’s an advantage for us in these playoffs.

Q: Is your third-round opponent, Rockport-Fulton, going to be similar to any team you’ve faced earlier this year?

A: They’re a Slot-T based team and run-heavy. Canyon Lake is along those lines and Navarro is along those lines, so we’ve seen teams that are like that. We know it’s a tough challenge for us. They’re going to take the ball and just try to grind it out and shorten the game down and limit our possessions on offense.

Q: Canyon Lake has become a rival of Wimberley since it opened its doors in 2007. There’s even a name for the prize between the two teams — the Battle of the Backbone Trophy. (The Texans won this season’s matchup 45-7). Has it been exciting for the kids and fans to look forward to that game every year?

A: Any time you have a rivalry, it adds a little bit to the game. They’re just right down the road, so it’s pretty natural. You don’t have to throw in a trophy to make to special — that doesn’t really add anything in my opinion. It’s already what it is, and it’s not just football. It carries over into basketball, volleyball, you name it. Two schools that compete very hard against each other when they play.