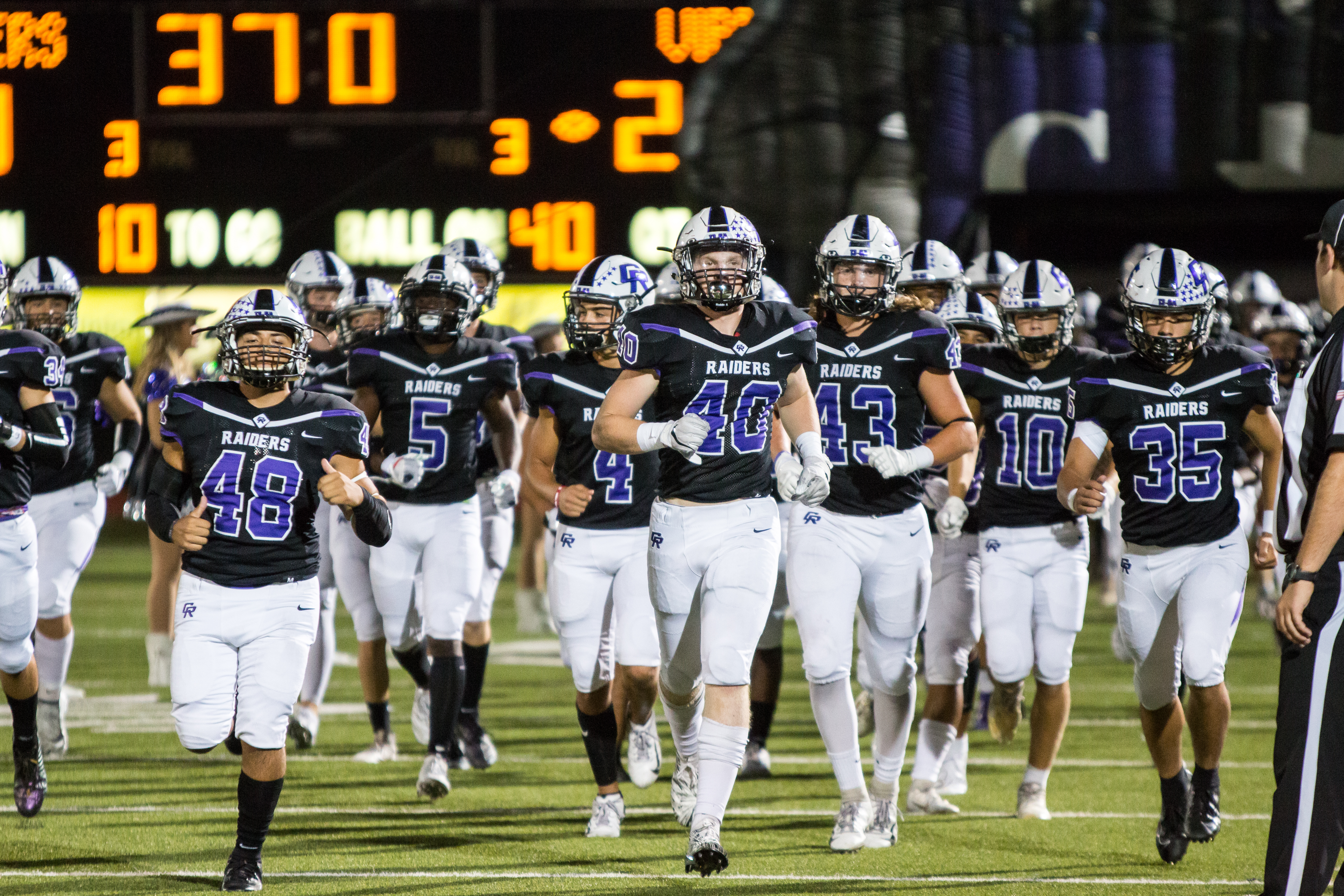 Cedar Ridge was equally amazing on offense as senior running back Duece Vaughn racked up 352 total yards (302 rushing, 50 receiving) and five touchdowns (4 rushing, 1 receiving). The Raiders seemed to have the game put away at multiple instances, but Westwood recovered three onside kicks to stay in it until the end. The Warriors’ ultimate undoing was four turnovers (two fumbles lost, two interceptions) to Cedar Ridge’s zero.

The outcome served as bad news for Round Rock, who needed Westwood to win by at least seven points to make the playoff
Elsewhere in District 13-6A, Vandegrift finished off its second straight perfect regular season with a 20-17 win against Stony Point. The Viper defense bent, but didn’t break, allowing 400 total yards but only two trips to the end zone. The offense, meanwhile, got a big game out of senior wide receiver Trey Mongauzy (eight catches, 112 yards, 1 TD) and a steady 210 yards on 42 carries as a team.

According to the Austin-American Statesman, Vandegrift is just the third team in city history (at 5A or 6A) to pull off back-to-back 10-0 seasons. The other two (Lake Travis, Cedar Park) both won state titles in one of those years. Vandegrift begins its quest for a first state championship next Friday when it hosts Bridgeland.

Out in Pflugerville, Weiss fell short in its bid for a full worst-to-first turnaround in District 13-5A Div. II with a 38-21 loss to Brenham. The Wolves were winless last year in their first season as a varsity program. A big reason for that is they were playing without a senior class. With everyone back this year, Weiss rolled through district and had a chance at an outright district crown going into Friday night, but the Cubs spoiled the party with 24 unanswered points to finish the game.

Weiss still does get to share the district title, but will go into the playoffs as the No. 2 seed and is set to host Lockhart in its postseason opener.
Down in District 25-6A, Bowie clinched the final playoff spot with Anderson’s loss to Lake Travis. This will be the Bulldogs’ 13th straight playoff appearance and possibly its most improbable during that streak. Bowie came into the season with only four returning starters and then lost its star quarterback, Trinidad Sanders, early in district play. But head coach Jeff Ables is considered one of the best in Central Texas for a reason and guided the ship to the postseason anyways. Bowie joins Lake Travis, Westlake and Hays and the playoff teams in that district.

LBJ clinched the No. 2 seed in District 12-5A Div. I with a 42-17 win against Sequin. Junior Andrew Mukuba returned the opening kickoff 95 yards for a touchdown and had two receiving scores to guide the Jaguars, who scored 28 straight points to close the game. LBJ will avoid a road trip to Hutto and instead host Georgetown in the first round of the playoffs thanks to the victory.

Down in the small school ranks, Lampasas beat Fredericksburg 47-35 to earn its first district title since 2011. The Badgers outscored the Battlin’ Billies 33-13 in the second and third quarters to pull away for the win. Lampasas senior quarterback Ace Whitehead threw for 317 yards and six touchdowns while rushing for 91 yards.