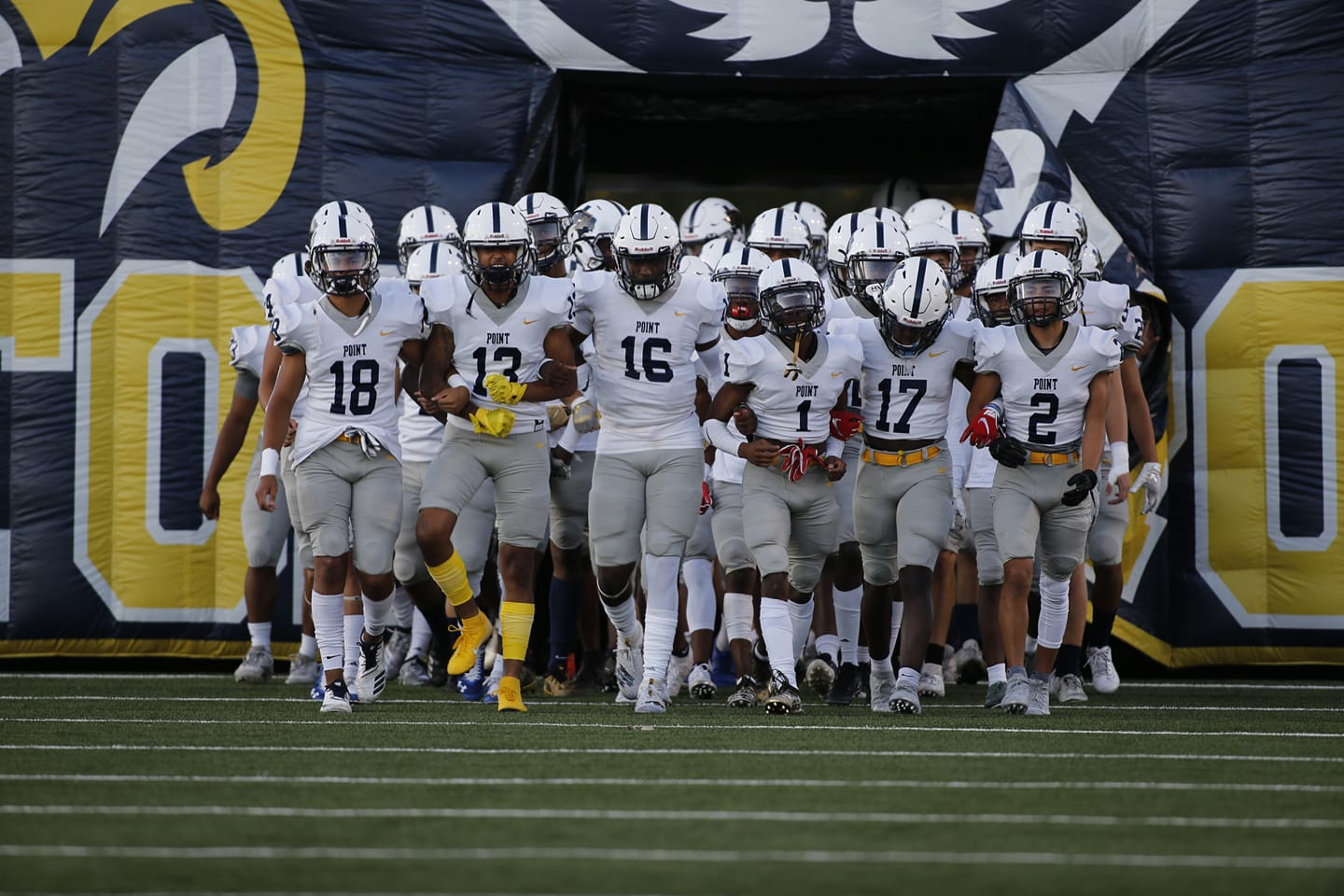 Stony Point has been a second-half team all year. In a late-season, high-pressure game with huge playoff ramifications, that came in handy. The Tigers broke open a close contest with 21 straight points in the fourth quarter to pull away from Westwood for a 45-28 win Friday night at Dragon Stadium in Round Rock, TX.

The victory jumps Stony Point into a tie for second in the district standings at 5-2 and in good position to make the playoffs entering the final week of the season. A loss would’ve put them in a four-way tie for third and made things much more dicey considering its final opponent is district leader Vandegrift.

“We talk to our guys all the time, ‘we’re going to win the second half,’” said Stony Point coach Craig Chessher. “That’s always been our mantra. To be up three points at halftime, kind of feeling our way through it, I felt like we got a little momentum and really kept our foot on the gas. Offense took advantage of some opportunities that we didn’t the first half. But I will say this year if you’ve been keeping up with us, we are a second-half football team, and that’s’ served us well. I’d like to get off a little bit of a quicker start, but I’m just real proud of our guys.”

The second half charge came with a shift in offensive philosophy. Stony Point, a devout running team, mixed in 10 passes with 18 runs in the first half and moved the ball decently but had trouble finishing drives. In the second half, however, the Tigers stayed completely on the ground, and the results were glorious.

Senior running back Kendall Thomas rushed for touchdowns of 40, 59 and four yards to finish with 265 yards on 24 carries, with 179 of those yards coming after the break. Sophomore Jaden Leonard (8 carries, 102 yards) also scored from seven yards out as the Tigers found the end zone on four straight drives to finish the game. It also helped that the defense had two fumble recoveries to stymie Westwood’s prolific offense

“At halftime, we were real disappointed. We left I don’t know how many points on the board,” Chessher said. “Coach Lewinski, our offensive coordinator, it was tough on him at halftime. He’s such a good person. I’ve known him 25 years. He’s done such a great job. I just said ‘guys, let’s just see if we can run the football,’ and Kendall and Leonard and (quarterback Kyle) Overton, to a degree, played extremely well. Our O-line really did well, and keep in mind, we’re without two starters on their offensive line… Just real proud of our offense. We came out and said we got to run the football. they were playing us a little different coverage and we weren’t really functioning that well throwing the football. Real proud of our offense and the defense played lights out as well in a tough game.”