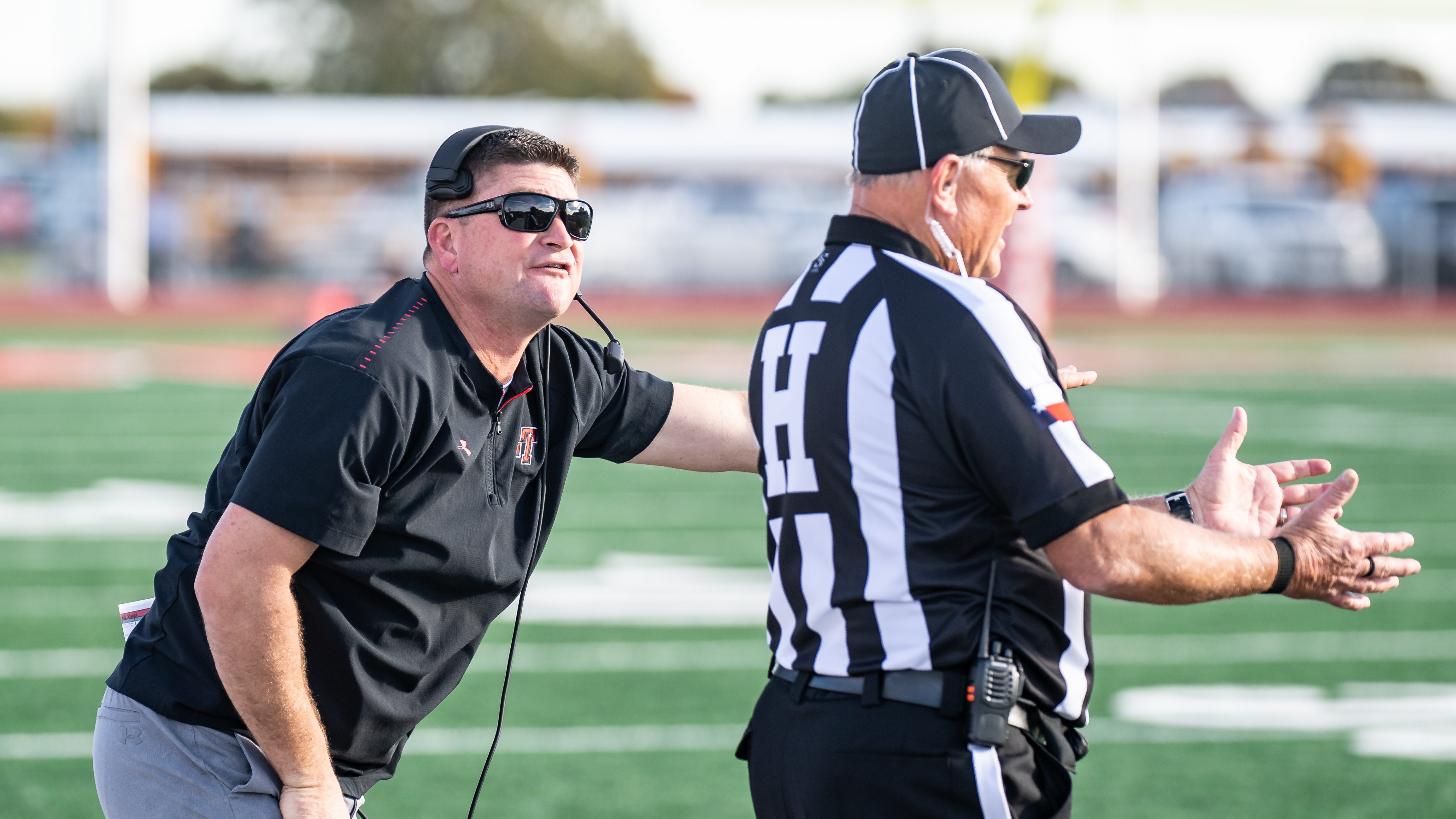 Cavs lose week 1 but not out History Shows

Cavs lose week 1 but not out History Shows

AUSTIN — When a team as good as Lake Travis drops its season opener, it’s always going to become statewide news.

But does that mean that head coach Hank Carter’s Cavaliers are in for a rough go in 2019? A quick look at the history books offers a resounding no to that inquiry.

In fact, the last two times that Lake Travis opened a season at 0-1 under Carter — in both 2016 and 2017 — Lake Travis ended up playing for a Class 6A state championship on both occasions. Each season-opening loss came against perennial powerhouse Converse Judson.

Following a 35-28 setback against Judson to kick off the 2016 campaign, Carter and the Cavs responded by embarking on a 15-game winning streak that led to the program’s sixth state title. A year later, Lake Travis lost 65-45 to the Rockets in a shootout but managed to bounce back by advancing to yet another championship game.

In the end, the Cavaliers fell short of a seventh title, as Allen prevailed 35-33 at AT&T Stadium in Arlington.

It was another DFW-area team — Arlington Martin — that knocked off Lake Travis in the 2019 debut for both teams. Martin struck for three scores in the second half to break open a tie game and secure a 35-14 triumph.

It was just the second non-district regular season loss for the Cavaliers in the past three seasons combined. However, there’s no need for panic among the Lake Travis faithful.

The Cavs are still loaded offensively with Texas commit Hudson Card at quarterback and talented skill players such as wide receiver Kyle Eaves, tight end Lake McRee and running back Weston Stephens around him. Defensively, linebackers Maui Trevino and Nick Villarreal will look to help tighten a few screws after Martin quarterback Zach Mundell broke loose for 176 rushing yards and three scores in the opener.

Give Martin some credit as well. It’s not like Lake Travis lost to an upstart team or even a fringe playoff contender. From 2010 to 2017, Martin won 10 or more games six different times and was expected to compete for a state championship last season before limping to a disappointing 5-6 finish.

One of those losses was a 35-14 setback against the Cavaliers in the 2018 opener.

So while Martin exacted a bit of revenge and has the solid start it was after to 2019, it would be extremely foolish to write off Lake Travis or expect a down season from Carter and company.

The smart bet is that the Cavaliers will right the ship before District 25-6A play arrives and still end up playing past Thanksgiving once the playoff arrive. If that’s the case, the loss to Martin will be nothing more than a footnote — and also another example of why Lake Travis is one of the premier programs in Texas.