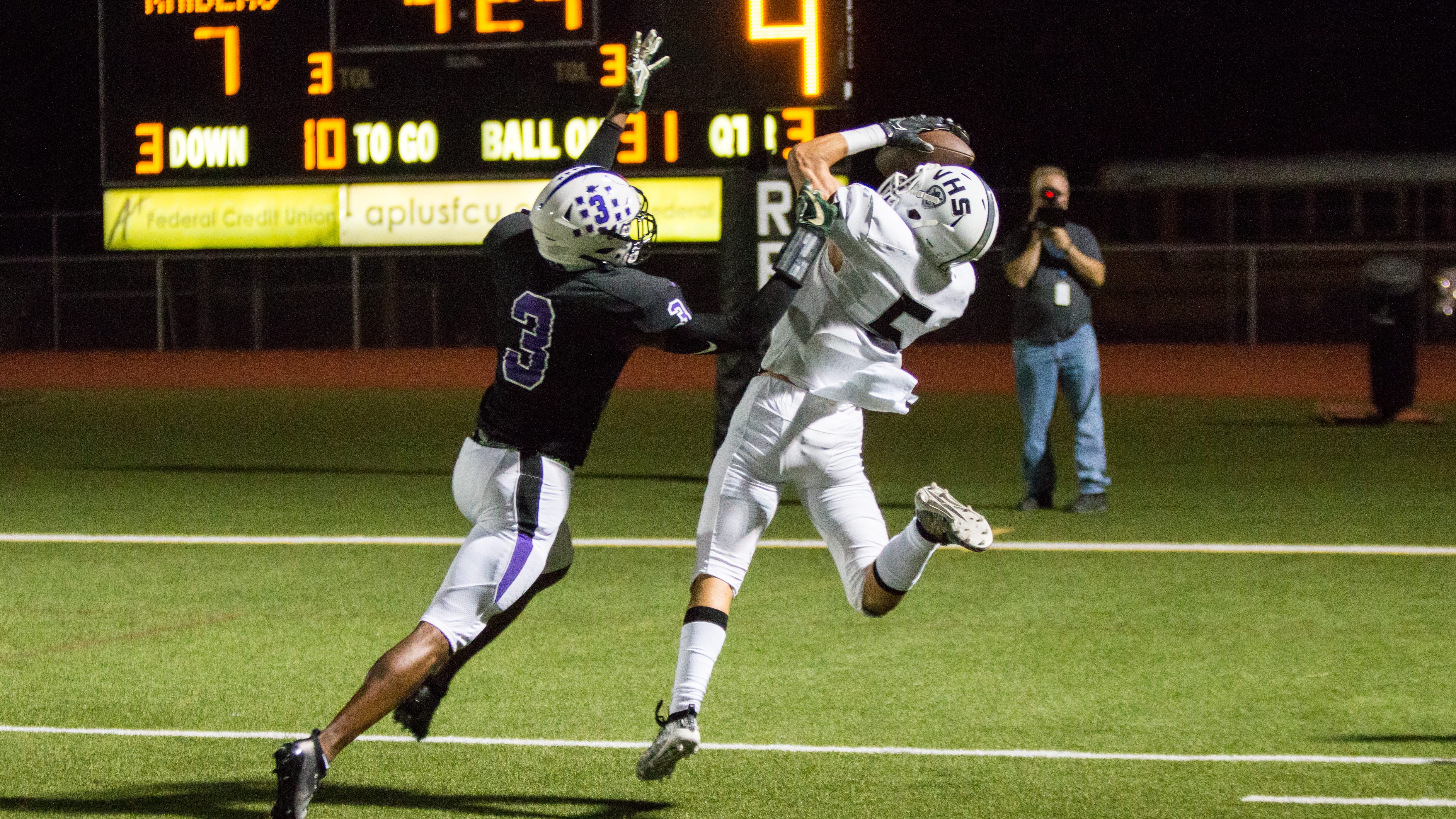 Vandegrift allowed its first score of the season, but that was it as the Vipers corralled Cedar Ridge’s all-everything running back Duece Vaughn in a 28-7 victory Friday at Dragon Stadium in Round Rock.

“How you control someone like Duece Vaughn, because he’s a generational talent, he’s that good, is more than one person,” said Vandegrift coach Drew Sanders. “So we found a way tonight to get more than one person to the point of attack. So when he looked up there were two or three Vipers there, and that’s a credit to our coaches for great schemes and our players for executing.”

Vaughn, a dynamic 5-foot-7 dynamo committed to Div. I Kansas State, was contained to 118 total yards (99 rushing, 19 receiving) after going for more than 200 against the Vipers last season. The rest of the offense produced just 99 as Vandegrfit held Cedar Ridge to 217 yards on 50 plays for 4.3 yards per play.

Senior linebacker Jax McCauley was all over the place, as usual, but it’s always a team effort with the Vipers. The secondary held Cedar Ridge quarterbacks to 9-of-19 passing for 87 yards (4.6 yards per attempt) and intercepted a pass. Meanwhile, the defensive line was in the backfield all night with Matthew Graham, Jordan Cochran and Rickey Sweeney leading the way.

“Our D-line over the years, if anybody watches us, is kind of our calling card,” Sanders said. “We have a bunch of guys who aren’t super impressive physically, but we put just great athletes that our kinda strong there and we use (that) they are faster than the offensive lines. So that’s what we do well and you saw that on display tonight. Hopefully we can keep doing that, and then as the game went on, we increased our pressure because we felt like they were getting more tired and we just rotate a bunch of guys. We have a bunch of guys that go in. We have like five or six guys that can play and you can see the freshness as the fourth quarter happened.”

Vandegrift stole the momentum early when McCauley recovered a blocked punt in the end zone on the first drive of the game.

“We worked that all week. We found something studying tape,” Sanders said. “My special teams coordinator Coach (Ed) Wolkind found something so we worked all week that block. I told everybody we were going to go for that very first punt. To get it is fun for the kids to be able to do that, what a great start for us to be able to go three & out, blocked punt for a touchdown. It’s about as good as you could do. We just kind of sent a message that, you know what, last year wasn’t a fluke. Hopefully, we’re here to stay.”

From there the offense grinded Cedar Ridge down with the run game and hit on three big pass plays to put the game out of reach. Junior running back Bowen Lewis rushed for 107 yards on 22 carries, his third straight 100-yard rushing game, and hauled in a 47-yard touchdown pass to make it 14-0 late in the first quarter.

Junior wide receiver Taylor Dummar had the other two touchdowns. He got wide open for a 40-yarder in the second quarter to put the Raiders in a 21-0 hole and then made a more contested catch on 3rd and 10 in the third quarter for a 31-yard score that re-established Vandegrift’s 21-point lead. Senior quarterback Dru Dawson finished 7-of-12 for 153 yards with the three touchdowns and one interception.

“It started with our run game. Our run game opened up our passing and our coaches put in a good game-plan. It’s pretty easy for me when the guy is wide open,” said Dawson. “We put in a lot of motions and shifts that get the defense to change and that’s one of our pride and joys and it came out tonight and worked really well… Very proud of our team but we have so much potential to show. So that’s the exciting thing, but it was a great win all-around.”