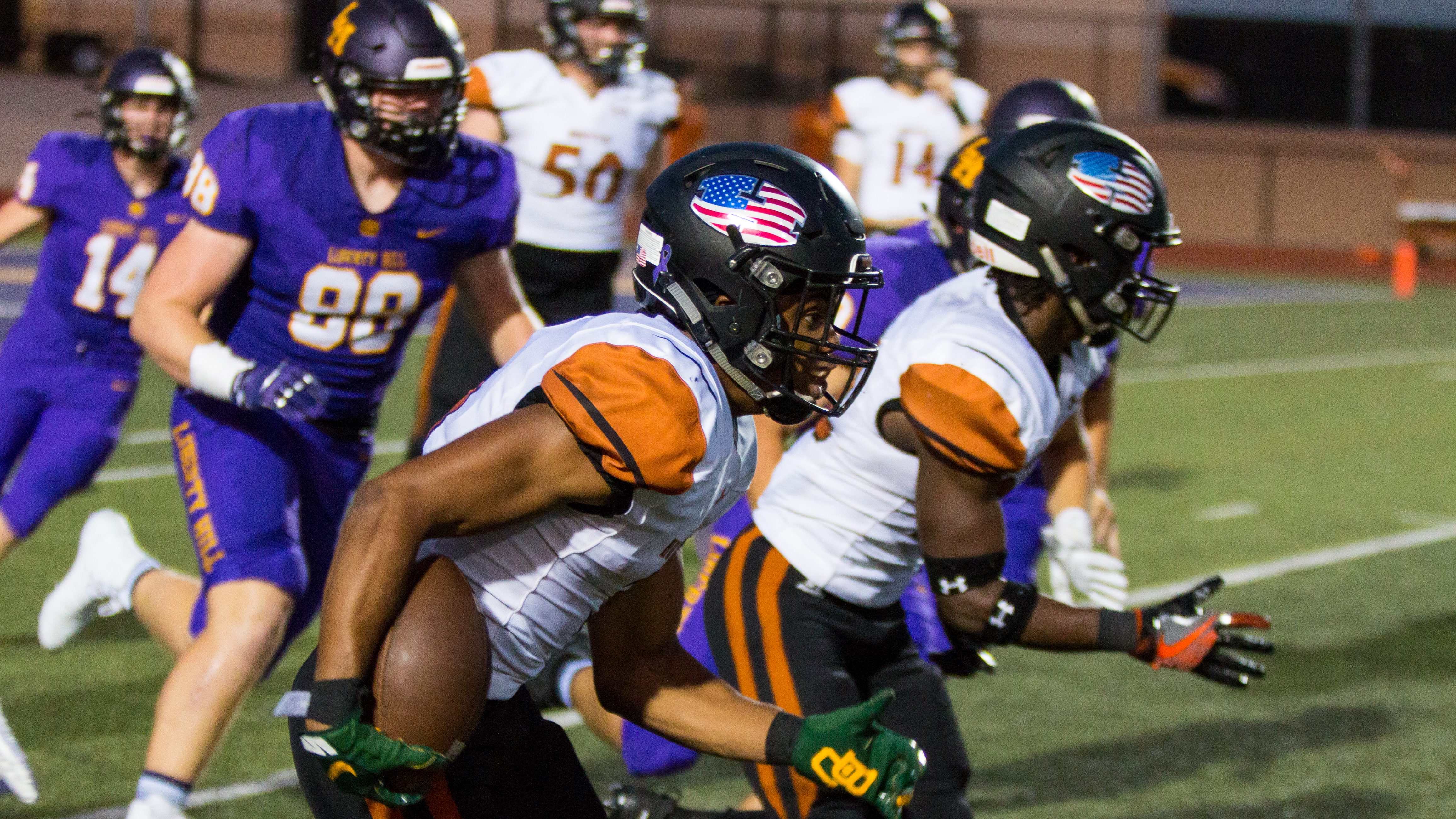 Hutto’s defense has come a long way since last year’s Liberty Hill game. On that night, the Hippos got gashed by the Panthers’ Slot-T offense for 51 points and 531 rushing yards at 8.2 yards per pop.

But in Friday’s rematch in Liberty Hill, it was a different story. Hutto held the Panthers’ offense to just one touchdown and contained their rushing attack to 211 yards at five yards per carry in a 42-14 at Panther Stadium.

“Our defense has matured a bunch,” said Hutto head coach Brad LaPlante. “But we reflected last year even before we played them, some of these kids have never played the Wing-T, Slot-T kind of teams because even youth football for them, they’ve gone up against spreads. So not only do they have that style of offense, Liberty Hill runs it one of the best in the state… (This time) they knew what they were up against. They didn’t know last year.”

This performance came on the heels of Liberty Hill opening the season with 442 rushing yards and three runners hitting the century mark in a dominant victory over defending District 5A-13 DII champion Leander Glenn. Add in the fact that Hutto’s defense also forced five turnovers and stymied a solid West Mesquite squad last week, and it’s clear this Hippo defense isn’t messing around.

“Our defensive line controlling the line of scrimmage was huge and our backers filled really well tonight,” LaPlante said

The offense, meanwhile, churned out 575 yards at 9.6 yards per play. Senior running back Mekhi Kimble rumbled for 202 yards and three scores on 16 carries and senior wide receiver Dajon Harrison added an 88-yard touchdown run to give the Hippos 352 yards on the ground.

“Our offensive line going against the defensive line every day in practice, they’re getting better every single day, so now they’re starting to gain confidence against other opponents,” LaPlante said. “You saw the confidence with the offensive line, and then Mekhi just wiggles, he finds the holes, he makes good reads and he always makes something out of nothing, or something bigger than what it should be because he always keeps his feet moving.”

Hutto kept Liberty Hill in it until halftime with four turnovers. One of those was a fumble forced by senior cornerback Matthew Montes that got recovered and returned for a touchdown by senior defensive lineman Hadley Weems to make it 14-14. But the Hippos cleaned it up in the second half and ran away with the win.

“That’s just our kids. We play the next play. We had a pregame speech all about power,” LaPlante said. “Well, power is we’re always going to forget if it’s good or bad and go on to the next thing at hand. So our guys did a great job at that.”