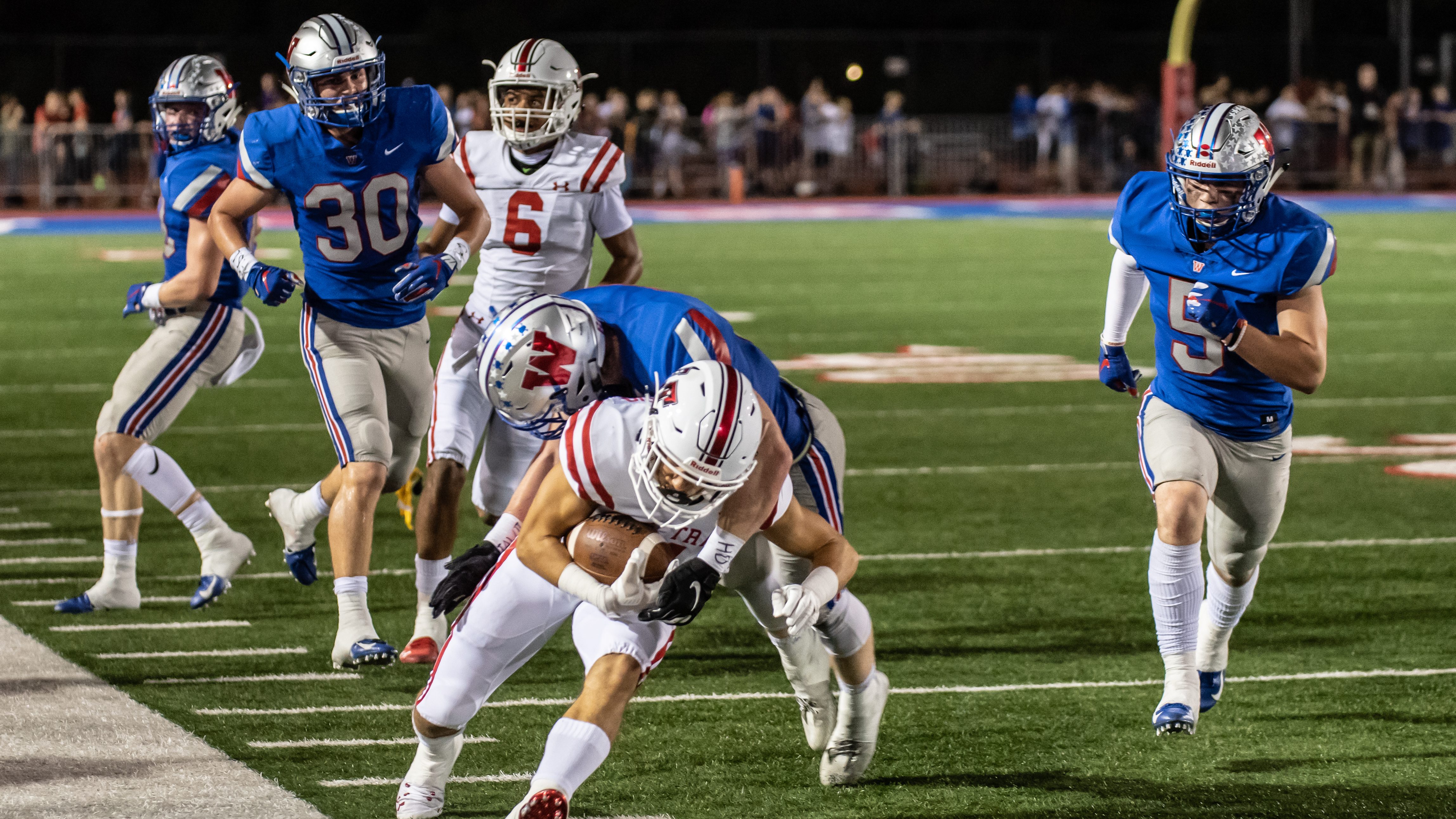 Battle of the Lakes:15

Battle of the Lakes:15

AUSTIN — The budding rivalry between Central Texas powerhouses Westlake and Lake Travis is one that doesn’t need any additional fuel added to the fire.

But that didn’t stop former Cavalier Baker Mayfield from pouring a can of gasoline onto the blaze back in June when he took a shot at former Chap and current Longhorn Sam Ehlinger.

“He couldn’t beat Lake Travis, so I don’t really care [about] his opinion on winning,” Mayfield said. “Westlake is a great program, but the two best quarterbacks to come out of there are Drew Brees and Nick Foles. Sam can stay down there in Texas.

“That will stir the pot. He doesn’t like me, and I hope he knows I don’t like him either.”

To fans and competitors on either side of the “Battle of the Lakes,” those kind of feelings are nothing new — and they’re often mutual.

In each of the past two seasons, the Chaps have earned bragging rights, including last year’s surprisingly one-sided 44-14 drubbing at Chaparral Stadium. Westlake’s 21-14 win in 2017 snapped a 10-game losing streak to the Cavaliers, who still lead the overall series 10-4.

Last year’s matchup decided the District 25-6A championship and pundits expect the same stakes for this season’s meeting, although Lake Travis is the early favorite to get back in the win column and claim the 25-6A title this time around.

It’s not difficult to see why. The Cavs bring back 15 starters from a team that went 12-2 in 2018 and advanced to the Class 6A Division I state semifinals.

Quarterback Hudson Card, a Texas commit, is back to lead an explosive Lake Travis passing attack, and despite the loss of all-everything receiver Garrett Wilson, there are plenty of targets for Card to zero in on. Versatile wideout Kyle Eaves leads the charge, and teammates Lake McRee and Grayson Sandlin have the size to play either receiver or tight end.

The Chaps will look to replace graduate Taylor Anderson at QB and the heir apparent looks to be either Kirkland Michaux or Drew Willoughby. Both got playing time in 2018 due to injuries, and whoever wins the starting battle will likely rely on weapons like WRs Mason Mangum and Jackson Coker.

Westlake, which was 13-2 last season and made it to the 6A DII state semifinals, also welcomes back standout defensive backs Sage Luther and Leo Lowin, defensive end Bobby Duncum and offensive tackle Connor Halverson. Running back Jax Crockett was lost to an injury during the 2018 postseason, but he appears poised to pick up where he left off as a sophomore. The 15th meeting all-time between Lake Travis and Westlake is set for Friday, Oct. 11 at Cavalier Stadium.